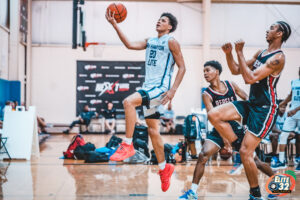 The 6’5″ guard out of Western Reserve Academy, Carmelo Adkins, came to Atlanta to prove he can compete with the best of them. Has a nice length and uses his body well; protecting the ball through traffic and angles the his finishes well off the backboard. Solid skillset with a high ceiling. Adkins currently holds an offer from Bryant. 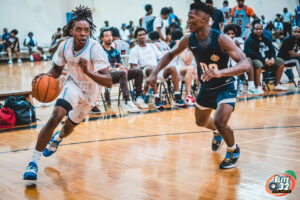 The 6’3″ guard out of Hiram, Jay Boyd, has been playing with an incredible amount of confidence his last AAU run. Boyd has really developed into a solid, all-around player; has done well getting by defenders and finishing at the rim with authority or utilizing the jump stop and knocking down the mid-range. A prospect to continue to track heading into his senior year.

Jay Boyd is physically strong, aggressive and gritty on both ends, and has extended his offensive game over the past year. 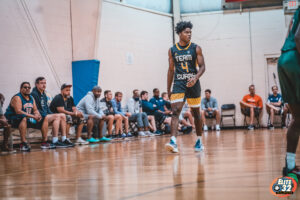 It didn’t take long for the gym to realize the 6’5″ guard out of Carmel Christian, Bryce Cash, can flat out play. Cash draws attention quickly with his strength and strong finishes at the rim. Cash is a very athletic guard that can lock down defensively and takeover the game in a hurry. Cash currently holds offers from Coastal Carolina, Navy, and Siena. 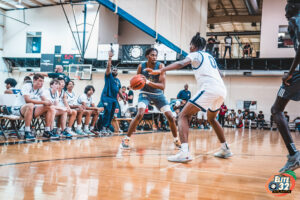 The 6’7″ guard out of North Cobb, Evan Daniel, has found his grove after a successful June and after picking up an offer from Catawba College. The lefty can hurt you both offensively and defensively; protects the rim well and can get blocks off the backboard. Offensively, his game has improved by his ability to create his own shot off the dribble or consistently knocking down the three.

Some clips from the past few months of basketball action. pic.twitter.com/17HbMuvj4h 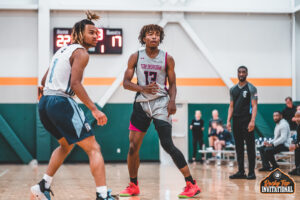 The 6’5″ guard out of Oldsmar Christian Academy, Braylon Jackson, is incredibly underrecruited for his skillset. Jackson is an elite 3-way scorer and truly utilizes his strength to score from anywhere on the court. High IQ player that makes solid plays and finds his teammates well. Shoots at a high clip from deep and gets to the basket at will. Jackson currently holds an offer from Chicago State. 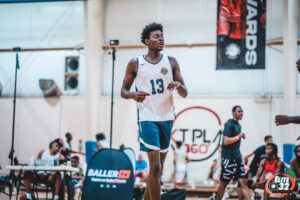 The 6’8″ forward out of Chain of Lakes Collegiate, Dylan James, has been on just about every single one of my lists this season. James scores the ball effortlessly around the basket and continues to show he can stretch the floor, consistently knocking down the 3 from deep. James holds several D1 offers and I expect even more to come in following a successful AAU season.

Dylan James is an athletic forward who gets off his feet quick, attacks the rim at both ends, and can really transition from offense to defense. 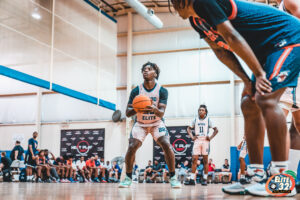 Another Wood Elite prospect has made a lot of noise this season. The 6’6″ forward out of Osborne has been an intriguing player to watch this year. McPherson has incredible strength that allows him to body up defenders and get to the basket with ease. Does well cleaning up missed shots around the basket and has improved his shot from the outside. McPherson currently holds an offer from Voorhees College.

Keshawn McPherson is a strong built wing who is active on the glass, scores from the mid-range and out to the three-point stripe when given time. 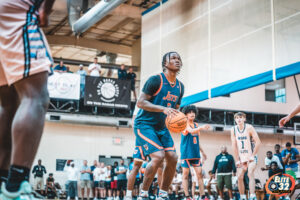 The 6’6″ forward out of East St. Louis Senior, Macaleab Rich, had just about every evaluator and college coach talking. When Rich begins the drive, expect him to finish. Rich has incredible focus the second he leaves his feet and knows how he plans to score the ball as soon as he begins his dribble. Rich has a very strong build, with a running back like stature; using his body’s strength and athleticism around the interior. Rich holds several D1 offers.