Marietta, Georgia- The second Live Period in July for On the Radar Power 24 showcased some of the top basketball prospects. Over 200 teams and 400+ college coaches came through from July 21-24 to catch some of the best talent in the country. 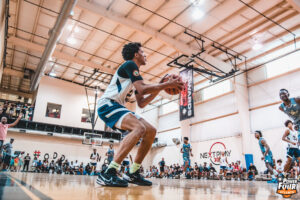 The lefty, Isaiah Brown, has been lighting up the nets all travel season long. Brown stands out consistently on one of the best 2024 independent teams in the southeast with his shooting capability At 6’4″, Brown seems to play longer than his stature with his length and vertical. Brown had multiple games this weekend scoring in double digits and connecting on multiple 3’s. In his game against STARS – HSA, Brown had 20 points, 5 rebounds, and 2 blocks; staying just as active defensively. Brown currently holds 8 D1 offers, most recently picking up an offer from Florida A&M following this weekend’s live period event. 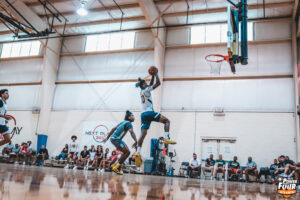 Lorenzo Cason has been one of my favorite guards to watch this travel season. Cason plays quick and aggressive; always looking to attack and get downhill. Cason gets a lot of his points in transition, finishing off the glass or at the rim. Tracks multiple rebounds and steals a game, and does not shy away from physical contact against larger opponents. Currently holds 3 D1 offers, most recently picking up an offer from Jacksonville State following the last live period. 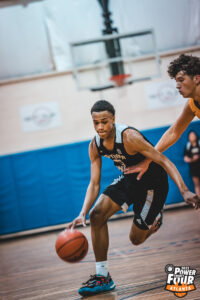 One of the most surprising and exciting player to watch this weekend was 2024 Turner Duncan. The 6’3″ sniper really caught evaluators and coaches attention playing up in the 17U age group showing his deep range shooting ability. Over the weekend Duncan had 3 games with 4+ 3’s. In a game against a stacked 2023 Atlanta Timberwolves – White team, Duncan connected on 5 3-pointers and pulled in 8 rebounds. With his length and quickness, Duncan does well grabbing steals and defending the rim. Duncan does not have any offers, but I expect that to change quickly as he is a big time stock riser in his class. 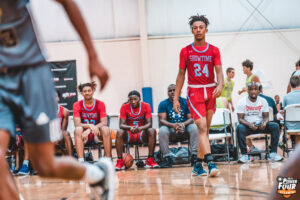 The 6’4″ guard with the Showtime Ballers, Gavin Dunn, had another impressive showing at On the Radar Power 24. Dunn had multiple 20+ games over the weekend, including a 22 point and 7 rebound performance in the win over Memphis Magic. Dunn is an incredibly athletic guard that is becoming more consistent. His time playing in both 16U and 17U each weekend is allowing him to improve his skillset to become an elite prospect. Dunn currently holds a D1 offer from NJIT. 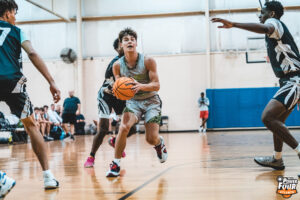 It is merely impossible not to include Luke Flynn on any recap or a top prospect list. Flynn has consistently been one of the top performers in the 17U age bracket, despite being in the class of 2024. The point guard is one of the hardest working players on the court at all times and will do anything to ensure a win. Flynn has proven he can connect from outside and will sacrifice his body to get to the basket. Flynn actively seeks rebounds and with his quickness, will grab a steal and score in transition. Flynn currently holds 4 D1 offers, most recently picking up an offer from Georgia Southern following last weekend’s live period. I expect a significant uptick in offers after some commitments come in from the class of 2023. 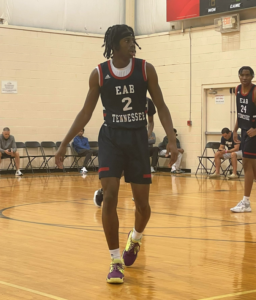 Christian Gilliland is one the best hidden gems in Tennessee that has one of the best floaters I’ve seen. The lefty does well scoring scoring inside of 5 feet with either hand. In his game against Team Forrest, Gilliland put up 17 points scoring in the open court or beating his opponent off the dribble. A tough player that will see a significant increase in contact from college coaches heading into his junior year. 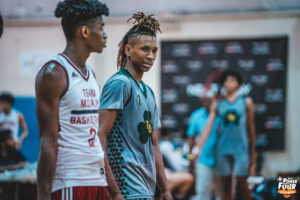 Khalil Green has stamped his name as an elite guard in the class of 2024. The 6’2″ guard does just about everything possible to fill up the stat sheet with points, rebounds, steals, and assists. In his game against Team MOAM, Green put up 16 points, 6 rebounds, 2 steals, and 2 assists. Green has an incredibly high ceiling and does the little things to get the win. Green currently holds 7 D1 offers. 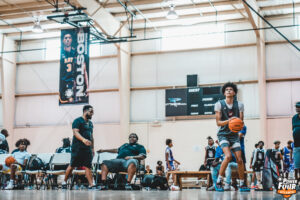 The 6’6″ shooting guard, Alex Jasquith, is a big time sleeper in the class of 2024. In Southeastern United’s win over Team Mookie, Jasquith led all scorers with 14 points and showed his elite shooting capability from both inside and outside the arc. Jasquith has one of the longer frames of the shooting guards we saw. As his game progresses and confidence increases, Jasquith will become a household name.