ATLANTA METRO – A new format for my weekly AAU Workout Visits, as we dig deep on some of these rosters before, during, and after tournaments throughout the next 4 months.

INTRO: This Douglas County-based group led by Shawn Phillips has been a great vehicle to get kids from that portion of the ATL-Metro noticed, does a good job of building from the younger ages on up, and plays hard-nosed basketball on whatever circuit you catch them on. 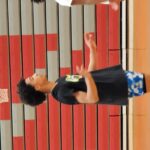 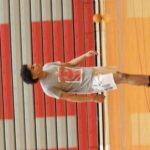 IMPRESSION-MAKERS: Holdover Jermaine Hines out of New Manchester immediately stands out with the 16U group after a good summer with the 15s last year, and I’d expect to see him in a larger role with the Jags this coming fall. He can get hot from range with a pretty stroke and always plays with a bit of an edge and reckless abandon that can be momentum-changing in spots. Locust Grove 2024 JaMarcus Gaines stood out at the workout with good size at 6-2 and a frame that can absorb some contact, he’s a really good athlete who it appears is just finding his stride on the basketball court. Playing in a program like McEachern, cracking what is always a deep lineup of upperclassmen who’ve either waited their turn or have established identities, or rising underclassmen with gaudy resumes whose talent inserts them into the rotation, that’s the challenge a player like 2024 guard Landon McGee faces. But he fits the slashing, versatile mold at 6-3 the Indians like to employ in droves, and has a shot to challenge for minutes over the next 2 seasons. The true wild card star-in-the-making among this bunch is 2025 Kell guard Landon Duncan, he was slick and polished, and showed a measure of both power and speed as he pushed pace, blew by folks, and knocked down his jumper consistently out to and beyond the arc. A riser of note to keep an eye on for sure, even for what will be a Kell lineup stocked with returnees and primed for a state title run as they drop down to 5A.

INTRO: Split this group between Marist and Pace Academy, and that’s your lineup under former Georgia Tech star and NBA veteran Matt Harpring, and the elements present from both programs are solid, sound and filled with multi-sport and underrated names to know. 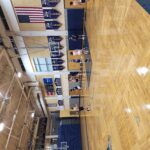 IMPRESSION-MAKERS: The first 6 in a Marist rotation that just came off of a 21-wins season and a trip to the 4A Final Four all wear Harping colors, and all are poised to take another step using this summer as a clear building block for a run at another Final four or beyond this time in 6A. Miguel Perea was not present, he was out of town working with the Puerto Rican U18 National team, but the two-pronged backcourt of PG Jesse Gaynes and 2024 Luke Harpring has special potential on their own. Gaynes has made a huge jump just since last fall when his play on the Showcase circuit was noticeable. He controls the game really well, and has a sneaky burst that gets him by people. Harpring is a multi-sport stud of an athlete who has plenty of moxie in his basketball game from multiple ranges, to go with hoop bloodlines from father Matt that are evident as well. He’s being looked at by Notre Dame for football, trying to follow in the footsteps of former Marist and Notre Dame star and now Baltimore Raven Kyle Hamilton. After dealing with injuries for much of the Marist season, 6-6 wing Ben Ritger is healthy and making a statement with his play. The size immediately draws eyeballs, and the shooting is pure and can be seething when he gets going. Seeing him get to the basket more and work on his foot speed and lateral movement will be keys to super-charging his recruitment. Call them dirty work guys, call them glue guys, call them talented for sure, forwards Garrett Ledford and Luke Waugh may not overwhelm you with measurables, but the versatile skillsets and ability to morph well into different lineup combos are ways they too can catch eyeballs. Waugh is tough and will fill up the stat sheet beyond scoring, while Ledford has worked on his body and quickness, and showed terrific defensive versatility during the workout getting up and down the floor versus guards and forwards. The Pace trio of Davis Rice (receiving Ivy League football interest), Ben Leach and David Grice are precisely what you’d expect from a Sharman White-coached team, savvy and well-drilled they bring shooting, toughness and defense to go with decision-making that benefits everyone and on-court personality that brings energy and fire. All three will be core guys next fall bringing critical stability as young Pace stars Bryson Tiller, KJ Greene Jr and LJ Moore step forward to fill the gap left by Cincinnati-bound Josh Reed.