INTRO: A mix of Walton and Gwinnett counties populate the majority of the Flame basketball program, and Coach Mark Marable with the 2024’s and company throughout the really well-run organization can both be proud of the attention they’re bringing to that part of the ATL-Metro as well as the consistent results on the floor from an underrated and talented group of kids out that way. 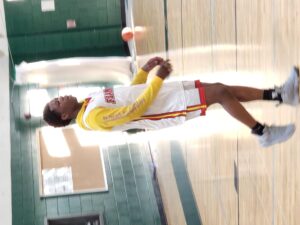 IMPRESSION-MAKERS: A pair of names highlight the 2024’s, both young players who put their stamp on their respective profiles with strong play last season as relative newcomers to the stage. Monroe Area’s Vonte Newell is a speedster who plays with a noticeably up-tempo pace and an adventurous spirit that is also both noticeable and contagious among his peers. A multi-level threat, he can also seriously get after it on the defensive end and will become the feature guy in what has been a tough Monroe Area group of late. Marcus Smith is playing up as a 2025, but you’d never know it from the Walnut Grove PG after he had such an impact stepping into the Warrior’s starting lineup around midseason and continuing his upward trajectory from there as an exciting lead guard to watch. I think we’ll begin to see himself assert more as he enters a sophomore year where along with rising 2024 backcourt mate Tyler Jewell will be looked at more for leadership with key seniors gone from WGHS’s lineup. He shares PG duties often with George Walton’s MJ Marable, a steadying influence for the Flame who is a sneaky good scorer and facilitator to go with being a sound defender. Speaking of defense, no one got after it more at my visit than Newell’s Monroe Area teammate Jay Jackson, who took over the live play in spots with such intensity at the defensive end the word disruptive didn’t even fairly apply. He can get at the basket as well for a guy around 5-10, using the same speed on D to cut up defenses. Loganville says goodbye to Region POY Chris Dorbor, but has some intriguing young players in the pipeline both here and at neighboring Club Orange, among them Flame’s wing Caleb Arnold, who has a little slash to go with a shot that needs to be marked.

On the 15U side, it’s athletes abound with loads of potential to build upon, starting with twins Ashton and Fred Williams out of the growing juggernaut South Gwinnett program, offering positional versatility around 6-1 or so to go with the kind of defense both Flame and the Comets are known for. Archer’s Canaan Edwards at 6-4 is a specimen whose body could transform even more as he matures, a frightening prospect but one the archer staff might love as he shows off both interior power and plenty of moxie out to the arc. A pair of scoring-mined PG’s certainly showed off some intriguing skills at the offensive end, as another Archer product Darius Styles Jr has some flashy polish in his stylish play but will advance his all-around game by reining some of that in under structured hands within the Tigers program. Newton’s Marion Eubanks was blurringly quick and electric in spots and sets up potentially as the next lead guard of the future for a Rams program with a deepening talent pool that places them more in pure reload mode year to year rather than any rebuilds.