ATLANTA METRO – A new format for my weekly AAU Workout Visits, as we dig deep on some of these rosters before, during, and after tournaments throughout the next 4 months.

INTRO: Second-year program OTP has grown dramatically in year 2 behind the efforts of Director and Coach Jack Shaughnessy and a staff filled with former players and coaches. They draw predominantly from Cherokee County, but have dipped outside the Metro with success. From wherever players are coming from, Shaughnessy is a skilled trainer, former college coach, and hungry to take OTP to even greater heights on the independent scene. 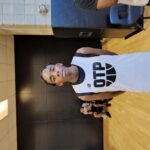 IMPRESSION-MAKERS: As River Ridge gets set to turn over its fortunes to a new era of players, two more with OTP stand to particularly have an effect on that. Forwards Wes Harrison and Garrett Fettinger both have a chance to be immediate contributors as juniors next fall, with Harrison best positioned to start with his growing combination of inside-outside prowess at 6-6. Fettinger has intriguing tools and is a good athlete at 6-5, and his time with OTP will undoubtedly sharpen his skills to make a run at the Knights rotation. Guards Rylan Stallard and Brett Senay are also RRHS products who figure to make a push for playing time in what will be an all-new but fascinating 2024 group of Knights guards. A pair of athletic young forwards whose upside is apparent include Woodstock’s Austin Bing, who is more of a hybrid G/F and had some nice moments playing on the Wolverine varsity this past season, and 6-4 Samuel Ayinla of Sequoyah, who too is in a good spot after heavy Chiefs graduation losses to make his way into the rotation with his wiry and fleet athletic ability. 2025 Harvin Guevara is the X-factor for the rest of OTP’s summer season if Shaughnessy can lock him in for a few events, the Carolina Basketball Academy and Colombian-import wasn’t present at the workout, but has tantalizing multi-level skills and obvious size that can change the face of the lineup.

INTRO: Club Orange has been around for some time, but Coach Jerrard Price has put the wheels in overdrive and is working hard to get kids from the Snellville-Loganville-Walnut Grove corridor a chance to play in high-level events like ours. 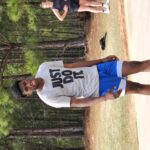 IMPRESSION-MAKERS: Several guys from his 17u group have already made interesting splashes in the first month, most notably 6-6 Loganville forward Chris Dorbor. His multi-faceted skills and great size make him an obvious casualty of the revised recruiting landscape affecting 2022 grads, but if his play continues at the level it has been it will be hard for him to go unnoticed for much longer. He’s currently among the top steals in the 2022 recruiting group. Guards Jaquez Thornton and Caleb Rowe were not present at the workout, but Rowe had a nice showing at OTR’s The Opening as a floor leader and defender, while Thornton and his explosive play as a lead guard have been well-documented by me and others. He too remains a 2022 that can definitely help a program at the next level. Archer PG Mark Peah is another unsigned 2022 on the roster that is making a push to get noticed, and the typical intense Tigers defense and good composure with the ball certainly make him worth a look. Speaking of graduation losses, Walnut Grove will say goodbye to some noteworthy seniors, leaving the door open for some bench guys to step up. Even with young stars guards Tyler Jewell and Marcus Smith back, sharpshooter John Mark Avitabile, who saw quite a bit of action this past winter, has a stroke at 6-5 that can heat up in a hurry, and the 2023 has a chance to be a notable contributor off the wing if he can add more burst to the hoop to go with the deep shooting. Fellow 2023 Nick Tyre also saw time in a long guard rotation for the Warriors, and the senior-to-be has the chance to assert himself as the gritty, underrated scoring type he is. A pair of young guys to watch who emerged from the workout were brothers 2024 guard Mohammed and 6-5 2025 Ahmed Souare, both out of Loganville, and both impressive athletes who showed flashes of ability that must be tracked further.