INTRO: Covid-19’s emergence may have delayed Tier2 hitting its stride as an organization in the ATL-Metro, but now in full swing in 2022 with competitive 15’s and 16’s playing multiple circuits in town, Ken Barksdale and crew have assembled some really interesting players from a wide-ranging swath spanning outward from the West Paces area as far north as Forsyth County. 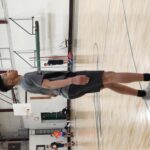 IMPRESSION-MAKERS: Back at Sweet 16 Session 1 the 15U combo of forward Chandler Bing and guard Tarenz Collins stood out. Bing is a future Pace Academy standout with good size already around 6-4 and the kind of sleek movement that has future college potential for sure. He is comfortable out to the 3-pt line but does most of his damage smartly running the floor and finishing with a flourish around the basket. There are hints of a Josh Reed-style game, though anyone should be cautious in comparing a promising young player to the sheer excellence that was and is Reed. Collins is a classic floor leader who has good burst and is the kind of athlete at both ends that can change the game with good decisions as the general and suffocating in-your-face defense up and down the floor. He’ll be a name to know among a slew of promising young guards down at Hillgrove for Coach Greg Moultrie. South Cobb has quite a bit of young talent spread out over the travel circuits and DJ Davenport-Cox is another 2025 who could be in the mix to turn fortunes down in Austell, his all-out hustle and finishing around the basket were noticeable during the workout. On the 16U side, a pair of names bear watching as each has a chance to emerge on their varsity rosters. CG Josh Palmer could be just what the doctor ordered at Walton to augment the tremendous play of rising 2024 guard Luke Flynn, he’s a downhill machine who has a relentless drive to get to the basket and has posted some gaudy scoring numbers for Tier2 both on and off the ball. He can be your lead guard and allow Flynn to do damage from the wings or slide to the wing himself and use crafty driving and hoop and harm strength to add clout to their backcourt scoring depth. Equally intriguing and in a spot to make noise is East Forsyth SG Cannon Hunter. The Broncos return a solid core, but the sharpshooting wing fits the Coach Scott Bracco mold well with good length at the guard spot around 6-2 to insert in a potential run and gun 4-guard set with the likes of 2023’s Matthew Rouse, Bryce Bracco and Ryan Sander among other choices.

INTRO: The former Livin Legends carry with them a rep for hard play and feisty and hungry guys who always compete and often surprise. Nothing has changed under head man Deveneski Fulton, as his rebranded and primarily DeKalb-based teams work and play hard and make an impression wherever they go. 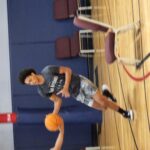 IMPRESSION-MAKERS: Zaytoven has a trio of guys in particular with potentially bright futures in guards Nicholas Burton of Miller Grove, Keaton Tait of SW DeKalb, and forward Justice Billings of Winder-Barrow. All have the measurables and the skillsets to be future college players, and have in front of them a chance in their senior years to play impression-making basketball and head into a spring season in 2023 where should they remain unsigned they can show again with a big year of development why they deserve a shot. Burton is a long 6-5 at the SG-spot, and has noticeable fluid movement and works off the ball like a true 2. Love that he doesn’t just spot himself at the arc like many less accomplished shooters do, as he appears to shoot a higher percentage from 18 ft and in, but can be a trail 3 pt-gunner for you. The frame is one that is wiry strong right now but can add strength making his already effective drive game even more interesting, and the length on defense too is an asset in the backcourt which cannot be overlooked. Tait has the look of a college player at this stage with a body that can both absorb and play through contact but also the athleticism to get above the rim or get at you using the bounce facing up. I think the jump-shooting is on the come and can be honed further, as there are tantalizing signs in watching the 6-5 G/F go on runs where he can take over offensively with his natural gifts. More reps in a key scoring role the rest of the summer and into the fall with SW DeKalb will show whether he can make that significant jump to a next-level player. Anywhere you go on the trail and find 6-7 guys who can move and jump like Billings, you have to ask the stock questions associated with a guy that size. And in watching Billings get around the floor it’s easy to see what’s there beneath and potentially available to come out, a player who has the movement and can be effective around the basket at both ends. But it’s just as easy to see how much work it may take to get there for the Bulldoggs 2023. Emerging from a raw prospect with good size to someone who can be a regular and consistent contributor for Coach Travis McDaniel will determine whether he receives not much more than casual intrigue from coaches or actual interest.