NORCROSS, Georgia, – One hundred and eighty of the top underclass prospects from around the state of Georgia met at Norcross High School to train and compete earlier in the month. Here is a list of prospects that earned recognition from the Breakout Camp hosted by On the Radar Hoops.

Rodney Henderson-Henderson had his full game on display down in Atlanta. He came from TN and didn’t waste the trip. He put the gym on notice of his ability to take over a game. He impacted the game in every facet from scoring, rebounding, passing, defending, and rebounding. A guard like that who can be effective with or without the ball is one that can play on almost any team and be a productive part. 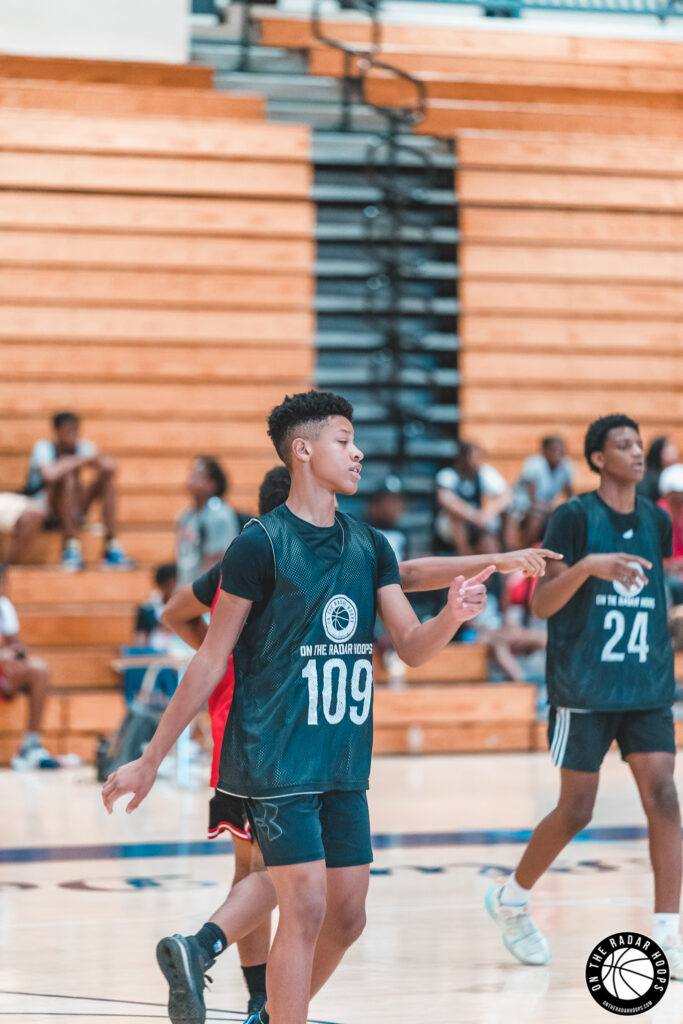 Chandler Bing-Pace Academy’s Chandler Bing is one of those players you can put anywhere on the floor and get production. He can play on the wing with the ball attacking the lane with straight line drives, and also showed a nice midrange jumper off the bounce. He’s a 6’4 forward that rebounds, defends, and can be used as defensive stopper with his length and ability to guard virtually the 1 through 4.

Kiwane Garris Jr.-After the first game played at camp, Kiwane Garris was a crowd favorite. He completely dominated the game with his size, motor, and ability to score the ball. He’s a strong 6’4 wing that has no problem getting into the paint in the half court or transition setting. Garris can finish through contact with his strength and showed some shot making as well connecting on threes and tough midrange jumpers. He wasted no time asserting himself as one of the better players on the floor each game. You can see the joy he plays with challenging shots, gathering steals, pressuring opposing players, and letting his effort lead to positive plays on the floor.

Jared White-Jared White is a point guard that uses his defensive prowess to bother opposing guards and start the fast break. He made scoring from the wing versus him very difficult during camp in multiple games. Offensively, he still has to add more to his scoring arsenal but is a guard that can get others involved, put pressure on the lane with his drives, and make the open three pointer. With two years left, White has plenty of upside as a floor general who can run a team and be a leader for his ball club.

Zachary Foster– Foster was one of the prospects I’d never saw before camp, glad that changed. The Woodward Academy product is a smooth ball handler who has no problem creating his own offense. He took some heavily contested shots where defenders just had to tell him good shot after watching shots fall over their outstretched hands. He played comfortably with the ball, not sure he’s a point but he can be used on the court in more ways than just scoring. He showed sound decision making skills in the lane and open floor for cutting or open teammates.

Elijah Milliner-The Brookwood shooting guard has a good size and feel for the game at 6’3. He looks smooth getting by defenders and getting into his jumpers at the elbow. The handle is crafty and rocks defenders to sleep and he can play strong off two feet in the lane. Milliner has the look of a scoring guard similar to Myles Kelly, currently at GA Tech. With continued work and a little added muscle Milliner has the tools to be a quality scoring guard.

Kyle Carpenter-Kyle Carpenter is a big guard or wing depending on the team that can be a man child on the floor. At 6’3 with a big frame, Carpenter is agile and moves pretty quickly up and down the floor with the ball looking to score at the cup. He wasn’t phased by smaller guards trying to speed him up, he just used his body to keep them at bay. Most impressive was the different variety of shots he was able to get off the bounce. He’s a player that can control games with his size and skillset, going from the guard spot as the main handler or sliding to the wing to be a scoring threat. Carpenter is suited for today’s game of skill and size being position less.

Randall Wimbush-Wimbush is a 2026 guard that will make a splash in the Peach State in years to come. He’s got a deep bag of dribble moves and hesitations that help him get to the rack or find the jumper mid-dribble. He was a blur in the open floor beating defenses from end to end and made the right play when the defense crowded him. WImbush is the defintion of a dynamic guard that can rip defenses with his usage whether scoring or assisting.

Jayden Bynes– Jaden Bynes might have been my biggest stock riser of the Breakout Camp. He was unknown to me but by first game’s end, that was no longer. The 6’3 wing showcased one of the purest jump shots in attendance. He went on a scoring run of 13 straight points in game 1, 3 threes and two dunks in transition. He could add much needed shooting and depth for an already deeply talented McEachern squad that should be tough to deal with again this year in 7A. 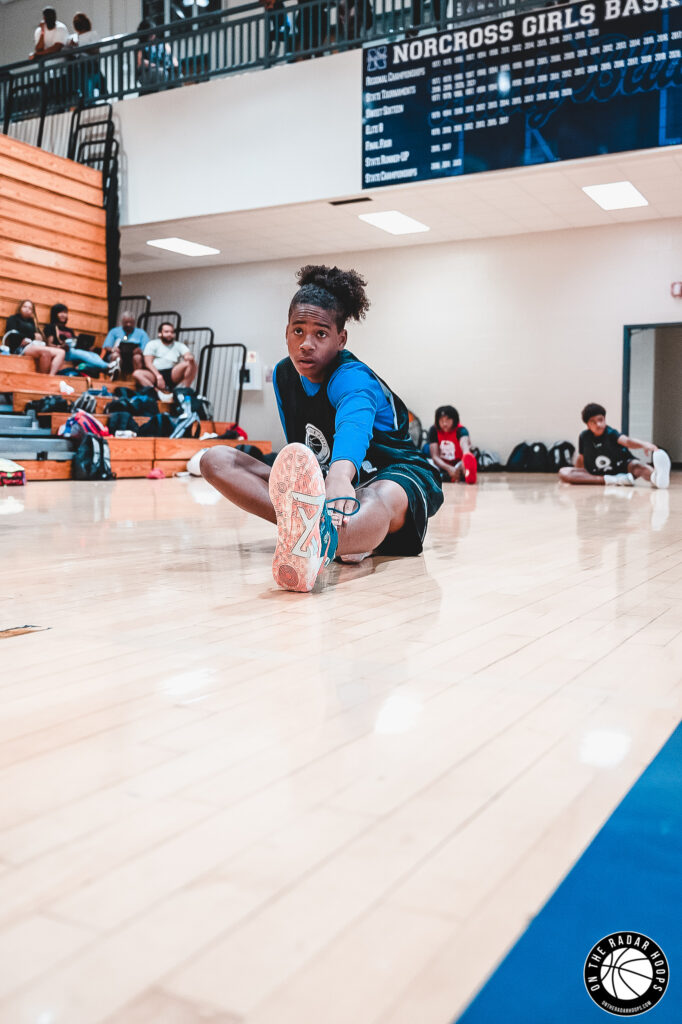 Connor Teasely– Over the past year, Teasely has made some big time leaps in the development of his game. This was present in his performance at the Breakout Camp. Teasley is an aggressive guard that is constantly on the attack looking to make a play in transition or off the dribble in the half court. He is a relentless defender who does a good job of applying pressure on ball handlers, rebounding, and doing the little things needed to help his team win. 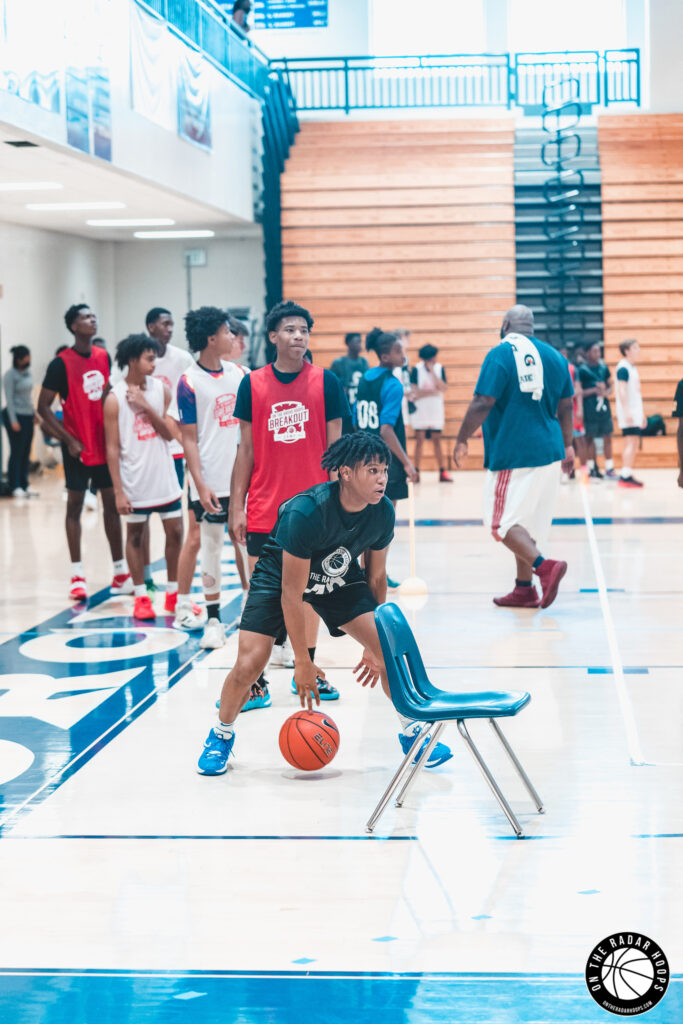 Christian Curl– This well-built guard has good a strong frame and has a relentless approach to the game. He plays with urgency at all times and as a result affects the game in multiple ways. He has a nice burst off the dribble which allows him to get past defenders where he can find teammates or finish with a variety of moves once he’s in the paint.

Zion Greene– He is an aggressive scoring wing, that has the ability to get into the paint each time down the floor. Greene is active around the basket and uses his strength and athleticism to score over or around defenders.