Breakout Posts at On the Radar #Elite32 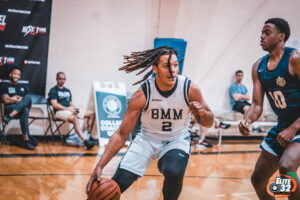 The 6’7″ big out of iSchool of Lewisville, Ethan Blackmon, was phenomenal all weekend. In the game against Team Breakdown UAA, Blackmon helped his team to a 20 point win with a double-double with 21 points and well over 10 rebounds, and locked down several key players. Blackmon was aggressive in the post and got to the free-throw line several times with his activity in the post. Currently does not hold any offers but with the solid performance BMM had all weekend, I wouldn’t be surprised if his interest increased heading into the second live period later this month. 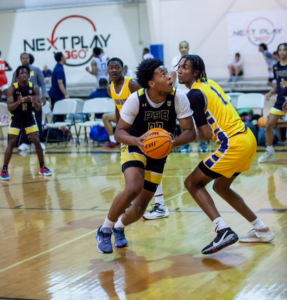 The 6’9″ forward out of W.D. Mohammad, Amir Boyce, is one of the more fundamentally sound post players I’ve seen. Boyce has a very high IQ and feel for the game, allowing him to see the game slowly and make the right move. Boyce does well with his back to the basket and utilizing his size and footwork to finish around the basket within 10 feet. Boyce can shoot it from deep and showed on a few possessions he can knock down shots off the catch as a trail. Boyce picked up an offer from South Georgia Tech in June and I expect his recruitment to continue to pick up.

Amir Boyce continues to get better each time we see him. At 6-foot-8, Boyce can stretch the floor and score on the low block.

The 6’8″ center out of Hebron High School (TX), Isaiah Dixon, was a workhorse for Lone Star Elite all weekend. The long center was active on both ends and stayed engaged in each play. Defensively, Dixon used his length to protect the rim with constant blocks and deflections. Offensively, he really shined around the basket with his inside positioning and keeping the ball out of reach for his defenders. Dixon finished multiple plays at the rim with authority and also showed off some footwork, finishing on both sides of the rim. Dixon did well knocking down 10 foot jumpers and shots around the short corner. Big time player with a high ceiling. 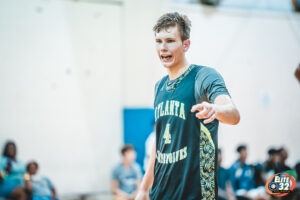 The 6’10” forward out of Rabun Gap, Domas Kauzonas, is continuing to make noise this July and turned a lot of college coaches heads this past weekend. Kauzonas does a lot of things well; stretching the floor, scoring inside, using his length to rebound and disrupt shots defensively. Kauzonas can really turn on his motor tracking down players defensively to get the block or run as the trail, knocking down the 3-pointer or continuing into the paint and scoring off a cut. Kauzonas can also get hot outside, showing his ability to stretch the floor offensively or making the pass into the lane for his teammates. Following the Elite 32 showcase, Kauzonas picked up offers from Missouri State and St. Thomas University. 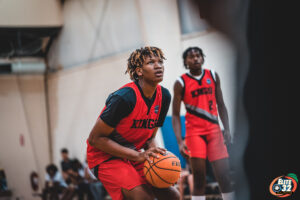 The 6’7″ forward out of Cross Creek, Antoine Lorick, made some big time plays that caught eyes all over the gym. Lorick is a very high energy player that finishes everywhere around the basket, especially well at the rim. Lorick was huge for his team this weekend, easily averaging a double-double. Very athletic and explosive player that could be a huge key for a team’s success at the next level. 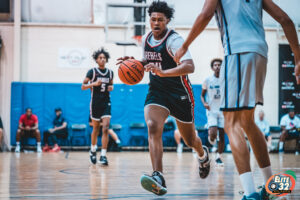 The 6’5″ post out of Winter Haven High School, Jamie Phillips, has been on a tear all spring and performed exceptionally well at Elite 32. With a larger frame, Phillips does a lot of solid work in the post with collecting rebounds and scoring off putbacks. Phillips is one of the better post scorers I’ve seen; able to extend his game out to the 3-point line and showed he can score at the midrange. Phillips currently holds a D1 offer from Siena. 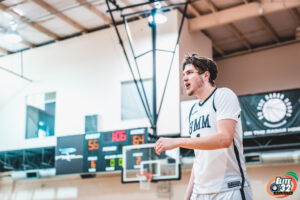 The 6’9″ forward out of the iSchool of Lewisville, Matt Reed, was unstoppable for BMM all weekend. Reed does exceptionally well scoring off two feet and getting to where he wants to go. Reed also showed off some nice turn around jumpers around 10 feet around the basket and stretched the defense with his ability to connect on some long range jumpers. Scores really well over defenders using either hand. Reed’s recruitment has taken off with several D1 offers. 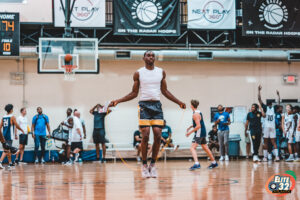 The 6’5″ rising junior out of Dacula High School, Blake Wilson, should be on college coaches radars. Wilson played up all weekend and that didn’t seem to slow him down at all. Each game I saw, Wilson was packing up the stat sheet with rebounds, blocks, steals, and points. Wilson has an incredibly high ceiling with a great work ethic. With another two years left in high school, I expect his game to continue to improve and recruitment to increase. Will be a fun player to track over the next several months.