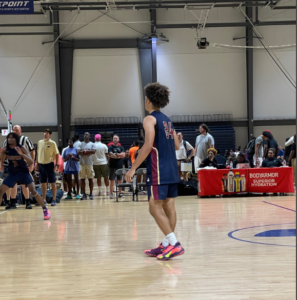 The 6’2″ two-way point guard out of Mill Creek, Trajen Greco, averaged 17.7 points during the #GCBALive period event. A very high IQ and assertive player, Greco scores the ball with confidence. Shows he’s comfortable staying active defensively, attacking the basket, and going for loose balls and rebounds. Greco is a strong player that gets a lot of his points at the basket, finishing through contact well and understands how the defender plays on the drive. Greco has also shown he can create his own shot, utilizing floaters and mid-range jumpers. 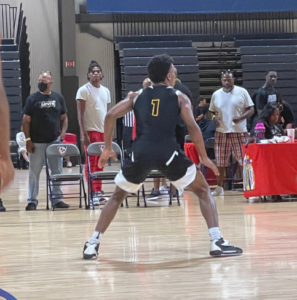 The 6 foot guard out of Maynard-Jackson High School, Cassius Watkins, has been playing well all spring during the AAU circuit and took that level of play up a notch at the #GBCALive event. Watkins averaged 15.5 and lead his team to an Olive Bracket Championship with a game high 21 points in the win. Watkins is a quick lefty that is always on the attack, looking to get into the paint to finish or connect on jumpers over defenders. 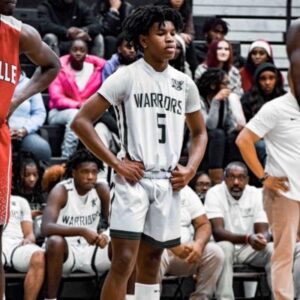 The 5’10” guard out of Walnut Grove, Tyler Jewell, is making a name for himself around the peach state. A smart all-around player, Jewell can turn up the heat quick from outside or beat you off the dribble to get inside. Jewell understands the inside-out style of play with his lead big, Gabe Omoregie, feeding it into the paint or zipping passes through the lane to guard on the run. 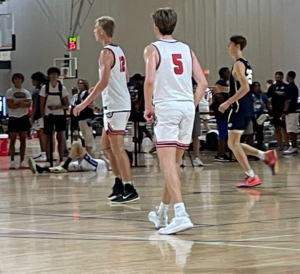 The 6 foot guard out of North Gwinnet, Charlie Gallagher, played a key role in his teams success at the #GBCALive event. Gallagher is a true lead-guard and two-way player that plays with high energy and effort. Had a game high 20 points, connecting on 6 3-pointers, showing his ability to get the shot off quickly and be another offensive threat alongside 2023 teammate, Blake Seitz. Gallagher also did a great job attacking the basket and finishing well around the rim. 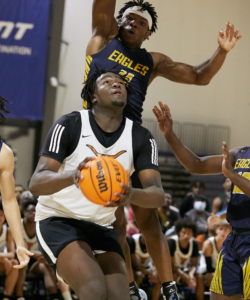 The 6’4″ small forward out of Eagles Landing, Chris Morris II., is incredibly athletic and a menace on the court. Cleans up around the basket very well and is able to show his true athleticism on defense. Morris has a 35″ vertical that you see very quickly into games and causes issues for opponents defensively. Morris does a great job using his length to protect the ball and understands how to use his body to get shots up over defenders. Morris also connected on a few shots from outside, showing he’s go the full package to produce at the next level.