Breakout Shooters at On The Radar #Elite32 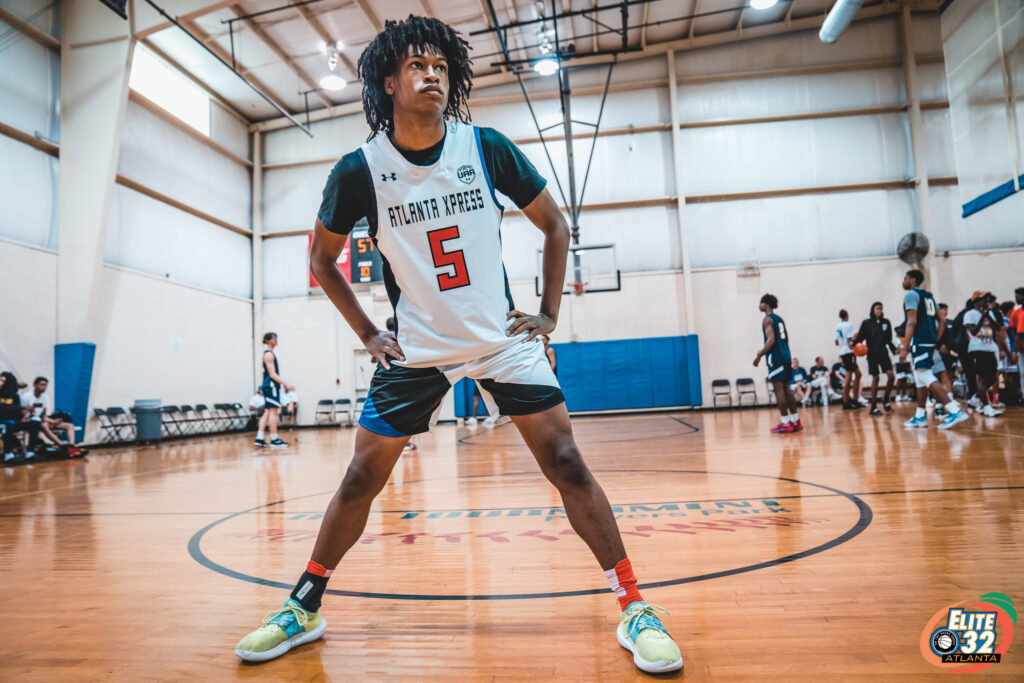 The 5’10” rising senior out of Huntsville High School is a hidden gem in his class. Arnold has a great shot off the catch, but is also able to create his own shot with a close defender. Runs the floor well without the ball and has solid court vision. Offensively, he also has a great first step and quickness to blow by defenders, get to the basket and finish high off the backboard. Defensively he’s aggressive and quick, able to get multiple steals and deflections each game. Currently holds an offer from Catawba College and wouldn’t be surprised if some more offers came in following his play this spring and summer.

The 5’10” rising senior out of The Galloway School is proving to be a consistent knock down shooter. Arrington had multiple games with multiple 3’s, but also showed his quickness to beat defenders off the dribble or using backdoor cuts to get open. The lefty also showed he could score around the basket, utilizing nice jump shots or floaters in the paint. Does well embracing contact and despite his frame showed he can finish the play. 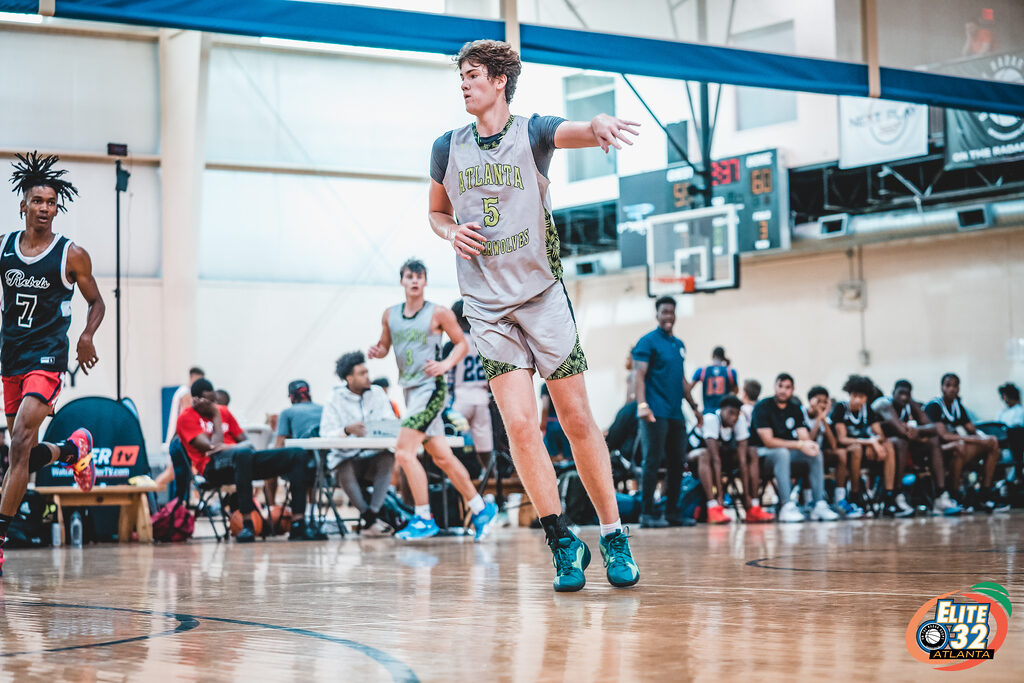 The 6’9″ rising senior out of Hilton Head Prep has been one of the most consistent players in his class this spring and summer. Cusano has done a solid job this spring and summer showcasing his diverse skillset. Has a great shot off the catch and can connect from deep, but also has a solid game in the paint. Despite being on a team with other mid-major prospects, Cusano continually stands out as he takes his game both inside and outside. Cusano picked up a D1 offer from Missouri State following his Live Period performance at Elite 32.

The 6’7″ guard out of West Oaks Academy put on a shooting clinic all weekend for Team Grind. Had one of the best shooting performances I saw all weekend, connecting on 8 3-pointers in a win for Team Grind. Djobet has a tireless work ethic and can grab rebounds and steals effortlessly. Djobet has a high trajectory and has continued to show he’s an underrated prospect averaging 5 3-pointers per game. Djobet currently holds a D1 offer from Troy.

The 6’4″ guard out of PK Yonge, Patton Pinkins, is a prospect college coaches should be tracking. Had several big games at Elite 32, including a 23 point performance; highlighting is shooting ability and mid-range game. Pinkins has a diverse skillset for his age and size, that will only continue to improve. Currently holds D1 offers from Jacksonville and Radford. 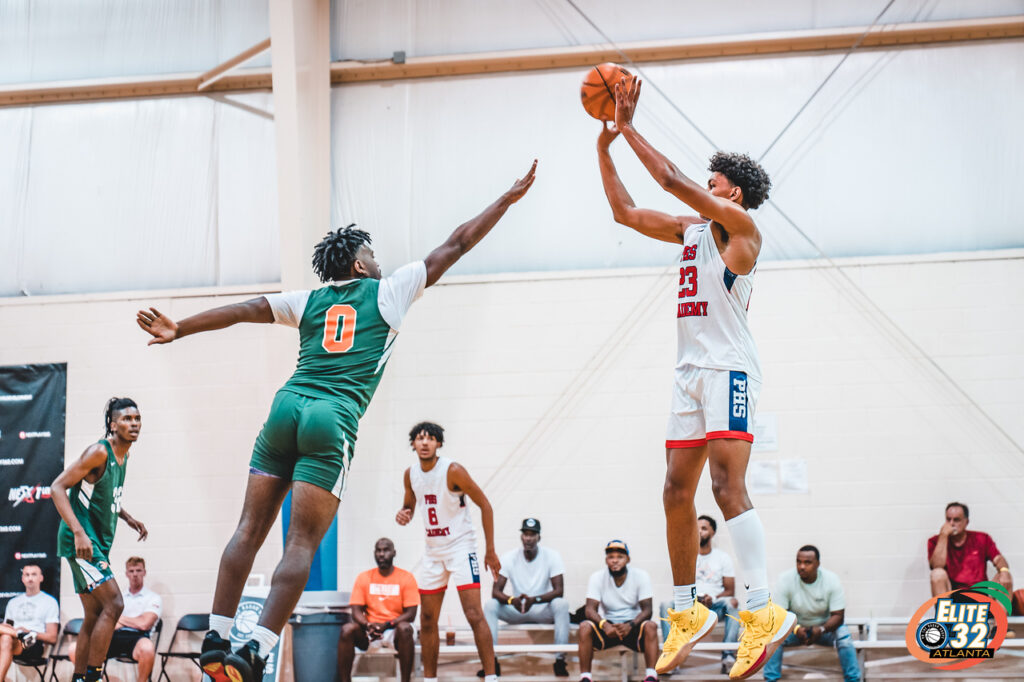 The 6’5″ guard out of Jesuit High School, Max Sims, can flat out shoot the ball. Showed in several games he has NBA range and with his long frame, is able to get a lot of shots off quickly and over his defenders. Does well off the catch, but also showed he can create his own shot. Following his performance at Elite 32, Sims picked up a D1 offer from Binghamton. Also, holds an offer from New Mexico State. 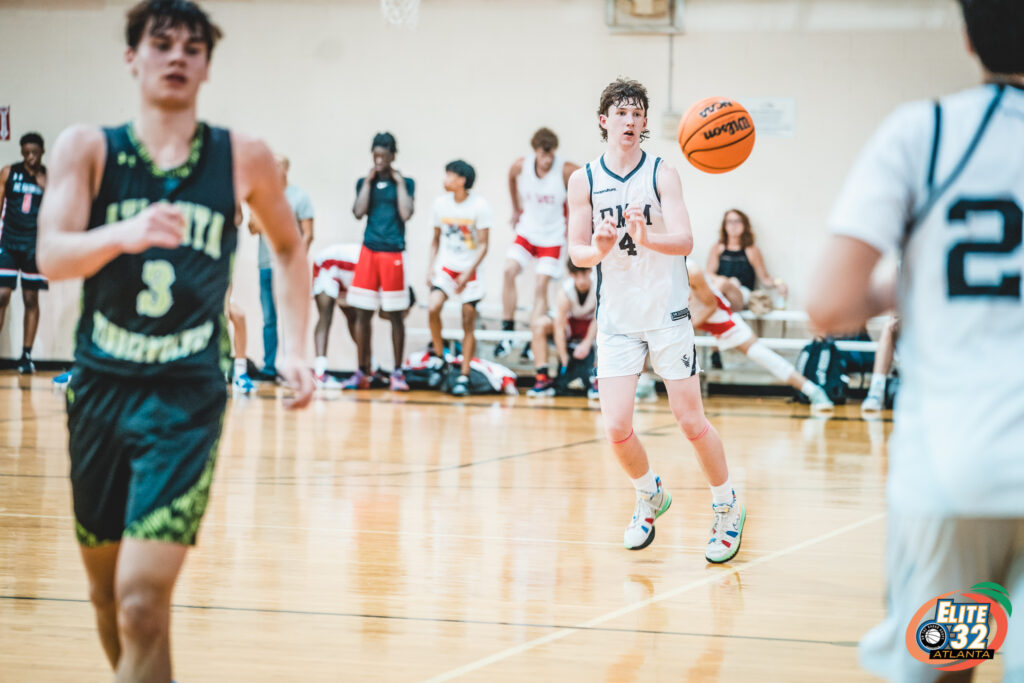 The 6’4″ guard out of Highland Park, Dylan Walker, is a sleeper in his class. Walker is one of the better shooters in his class, really able to hit shots from deep quickly and controls his body well from off the catch or moving without the ball. Walker reads the court well and understands where to be offensively, really understands how to utilize screens and cuts to get open, sneaky athletic and a very quick player. After his performance at Elite 32, I wouldn’t be surprised if his interest increased significantly. Picked up an offer from St. Thomas University following the weekend.

The 6’2″ shooter out of Seminole High School, Colin Way, is an early prospect to track. Put on a shooting clinic for Under Pressure Elite, hitting multiple 3-pointers each game off the catch. Way also showed he could score in the paint by moving without the ball, using backdoor cuts. Way also did well finishing around the basket, got in the paint and finished multiple plays with contact. I expect his interest to pick up significantly following his performance at Elite 32.