Freshman and sophomores shine at the OTR Breakout Camp

Kaden Allen of Grayson (GA) caught the attention of our staff with his size and skill set for the guard position.

Norcross, Georgia – The On the Radar Hoops Breakout Camp featured many of the top freshman and sophomores in the Region. Bilal Benjamin of 1st love basketball takes a closer look at some of the players who stood above the rest at camp.

Leonard’s athleticism and versatility made him stand out most. In addition to those assets in his game, Leonard’s energy and motor gave him the upperhand in most matchups. Offensively, he made plays for others and showed that he can be a consistent three level scorer. Defensively, he guarded 1-5, which may not be ideal for a 6’4” player as he climbs the ladder to different basketball levels, but he has the tools to be effective defending multiple positions.

The lanky lefty can shoot the lights out of the gym. Smith’s shoot mechanics are legit. He showed that he can shoot off the dribble, catch and shoot, along with shooting on the move. Smith made defenders pay that sagged off, along with defenders that played him too close as he would blow by them on the perimeter. As Smith continues to improve and increase his overall athleticism the game will open up even more for him.

Carter may have been the most athletic player at the entire Breakout Camp, if not the most, he for sure was top 3. He had one of the most ferocious slams of the day and it was virtually impossible to keep him out of the paint. Carter operated well in the open court, slashing from the wing and cutting backdoor from the baseline. His elusiveness and quickness was on full display. Can’t wait to see what type of highlights he has in store for us this high school season.

I remember seeing Bynum for the first time last winter as a freshman and I was blown away by his skillset. Well it’s safe to say his skill set has increased along with his will to be the best player on the floor. That desire and passion for the game was displayed throughout the Breakout Camp. At 6’8”, Bynum is a three level scorer and may not be done growing. He’s a high major talent for sure. 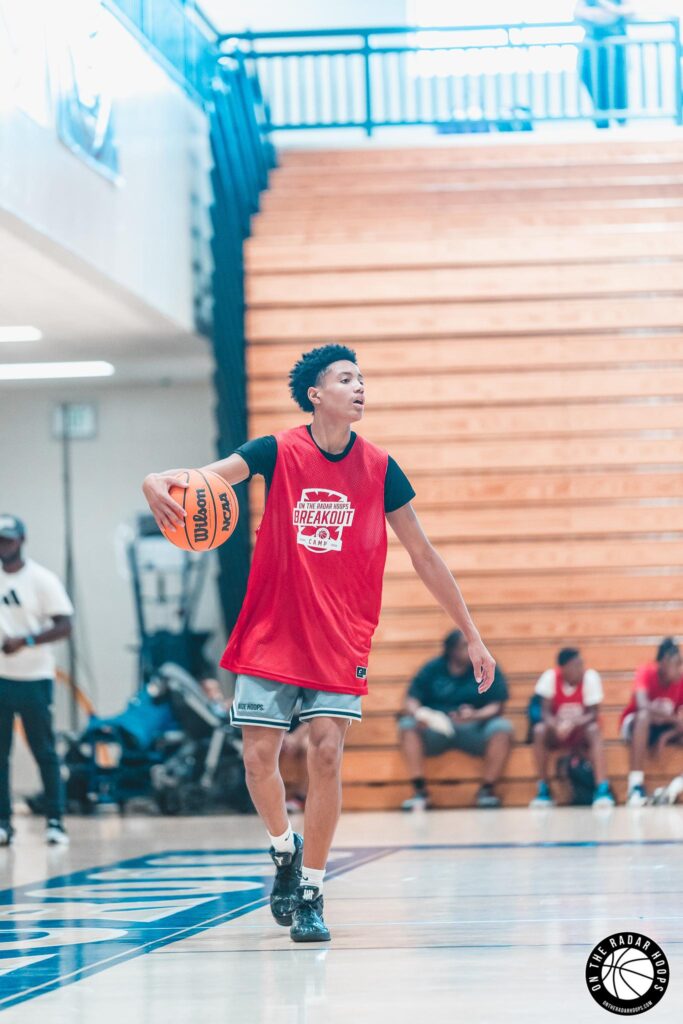 McNeill is a guard that makes quick decisions and doesn’t let the ball stick to his hands. It’s not as common that lead guards cut after they pass nowadays, but McNeill does whatever the team needs. McNeill’s ability to make the extra pass, which turned good shots into great shots made teammates look better. McNeill’s first move was so quick at times that he didn’t need many counters and whenever he was on the floor the tempo was high paced for his team.

Bigs with discipline will play a lot of quality minutes and make the game easier for the guys on the perimeter. Especially the bigs that still embrace post play and Daramola is just that. He made opposing players adjust their shot if he couldn’t get the block on the defensive end. Daramola keeps his hands high and has good fundamentals on both ends of the floor. His soft touch around the basket gave guards the confidence to constantly look for him when he rolled to the basket. Daramola is a big I’m looking forward to seeing more of.

Taylor held a shooting 101 course at the Breakout camp. He shot from the short corner, elbow, mid-range, long-range and Curry range and shot it with efficiency. Taylor is not just a shooter though. He can put the ball on the floor to get wherever he wants and he’s a willing passer. With the way basketball has shifted into a shooter’s game, there will always be a place on the floor for Taylor.

London was impressive throughout the Breakout camp. He changed the game when he was in by altering shots and cleaning up the glass. London also made good outlet passes ahead to guards as his passes started the fastbreaks. His offensive game started to show his second game in as he displayed flashes of putting the ball on the deck and facing up to score the ball. 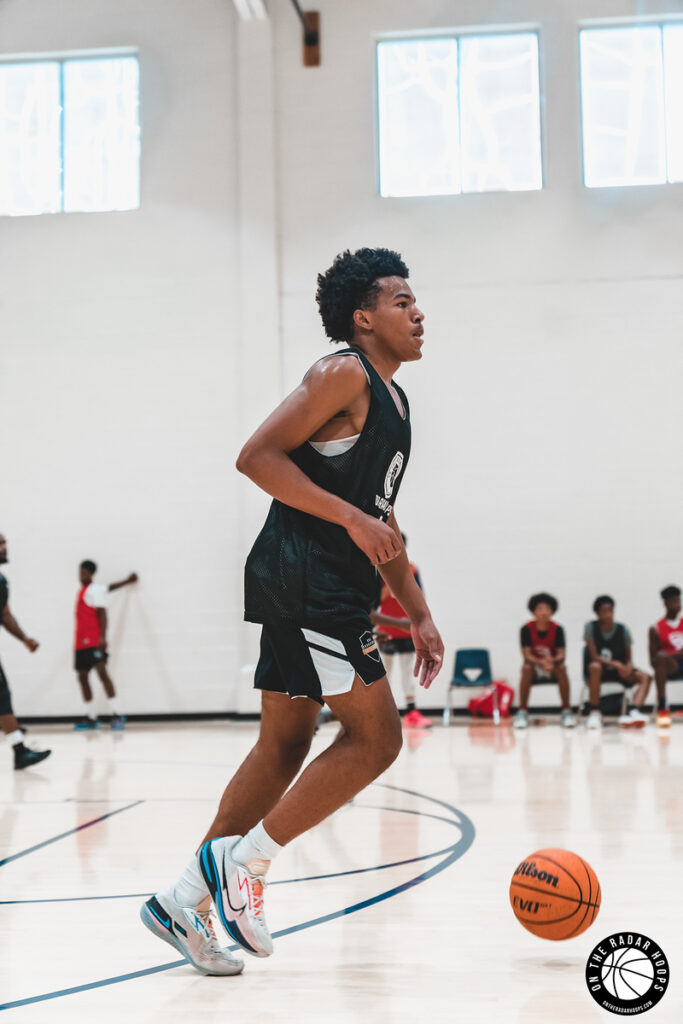 Suttle Jr., is a rising freshman that raised a ton of eyebrows. His willingness to keep others involved when he was scoring at will was a sight to see. His full offensive game was front and center. Suttle Jr., will be a pleasure to play with this winter at Wheeler High School, because he gets things done without forcing. At the guard position that is key, especially at a school like Wheeler. The freshman is ready to play right away.

Standing at 6’4”, Allen had an eye popping performance at the Breakout Camp. He has good size and elite basketball IQ for a high major guard. Allen is definitely a player to keep on your radar as he’s just entering high school. He has four years to define and enhance his development. Defenders had a tough time keeping Allen out of the paint as he showed deceptive strength when driving to the cup. Along with getting all the way to the basket, Allen can stop on a dime and hit the pull-up. His game will translate well to the high level basketball he will be playing in high school.