Braden Pierce of Georgia Legacy was one of the biggest stock raisers of Session I.

LAKEPOINT CHAMPIONS CENTER – The 2021  On the Radar Hoops Sweet 16 was jammed packed with bucket-getters for all levels. Hypesouth Media got a chance to check out some usual suspects as well as a couple new names to know. Stay tuned to ontheradarhoops.com all week as we look back on the first session of our Sweet 16 Series. 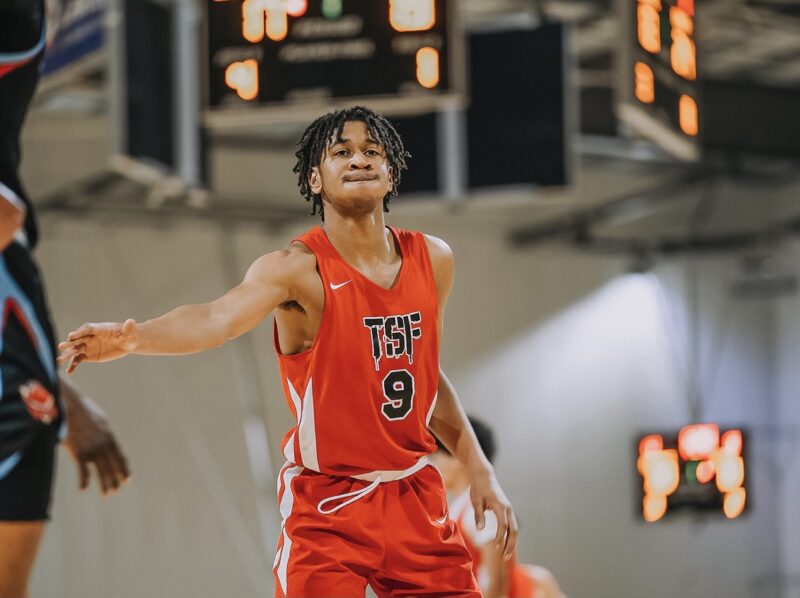 Kanaan Carlyle, TSF, 2023: Carlyle is arguably the most dynamic scorer in the country regardless of classification and it was on full display during Session I. The five-star rising junior got to the rim at will, was automatic in the midrange area, and lights out from downtown. Our staff monitored him heavily the entire weekend and we think it’s safe to say he has no flaws offensively. Expect Carlyle to eventually become a consensus top five national prospect.

Travion Solomon, Team Georgia Magic, 2022: Solomon has always been a consistent performer at our events, but this weekend may have been his best output. He performed at a high level against elite competition and his progression on the offensive end was evident. The junior lead guard showed off an improved jumper, the ability to create off the bounce, superb court vision, and a maturity level we hadn’t seen before. Mercer has already offered, but look for other low to midlevel programs to get involved moving forward.

Travion Solomon @Sh1fty_T1 does a good job of keeping defenders off balance and guessing. Solomon score the ball from different levels and make plays on or off the ball. @TeamGAMagic

Rashaun Williams, Warner Robins All Stars, 2022: Coming into the spring Williams was relatively unknown, but after solid showings at The Opening and the Sweet 16 he has created a buzz. The Warner Robins All Stars guard is slowly but surely becoming known as a deadeye shooter. This weekend, he averaged 14 points per game and knocked down fifteen triples in five games. 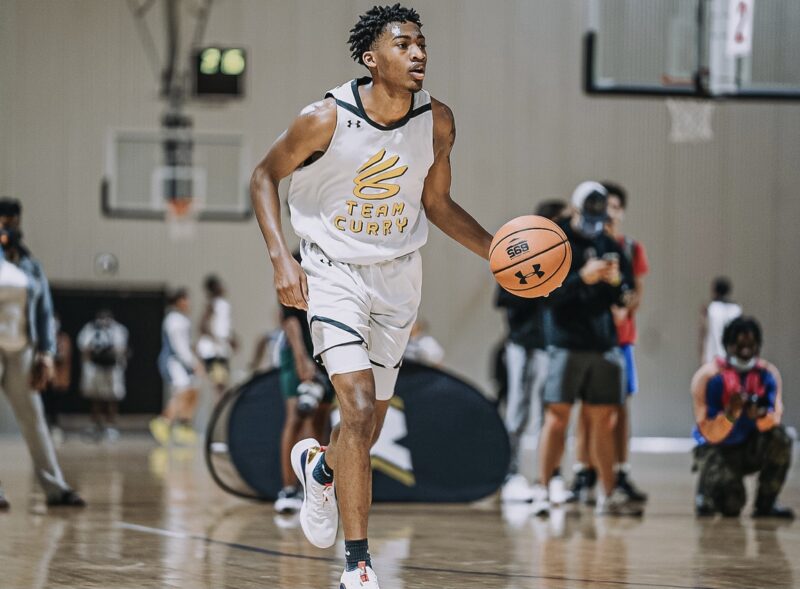 MJ Collins, Team Curry, 2022: Collins can flat out put the ball in basket from every level. His ability to stop-and-pop on a dime and finish through contact are next level. The 6-foot-4 guard displayed a combination of skill and athleticism that drew rave reviews across the board. Charleston Southern extended an offer while Boston College, Virginia Tech, and Loyola Chicago all expressed interest.

Braden Pierce, Georgia Legacy, 2022: The 6-foot-11 big man has added to his offensive arsenal and it was beautiful to watch. He is effective shooting over both shoulders in the painted area and demonstrated the ability to knock down shots free throw line extended. With the NCAA ending its thirteen month dead period on June 1, 2021, expect the River Ridge rising senior to be a hot commodity during July’s live period.

Temarius Mathis, Team Georgia Magic, 2022: Mathis has struggled a little to start the travel season, but he turned in a couple notable performances and was up to his old tricks this past weekend. The 6-foot-3 scoring guard found his rhythm from beyond the arc and made good on a couple acrobatic dunks in traffic. It would not surprise us to see this kid creep onto a couple college radar’s by the end of the summer.

Kavon Johnson, Georgia South, 2023: Kavon Johnson is an up and coming class of 2023 prospect to watch for. The Albany, Georgia floor general wreaked havoc getting into the lane whether it was scoring or creating opportunities for teammates. His unique skillset provided offensive continuity all weekend.

Jaylen Martin @JaylenMartin_1 of the Showtime Ballers @ShowtimeBoyzz puts points on the board in a hurry when he gets into a groove.

Martin made multiple shots from long range and inside the arc.

Jaylen Martin, Showtime Ballers, 2022: You’d be hard-pressed finding a more gifted scorer in the 2022 class. Martin solidified our evaluation of him by consistently dropping 20-plus on opponents. It’s easy to see why the 6-foot-6 wing continues to ascend nationally.