Atlanta, Ga – Here’s a look at some of the standouts from the Milton Tip-off Classic. It was a good day of basketball filled with competitive games and impressive performances from big names in the Peach State and others still under the radar.

This was a big-time matchup for Thornton and his team and he dominated from start to finish. He came out of the gate with (5) three pointers in the first quarter and never looked back. His handle versus full court zone pressure came up big late in the second half for Milton. He split traps in the backcourt topping them off with creative finishes around the length of Grayson. Thornton is a competitor and plays to win. He left in the third quarter with in an injury, when he returned he continued to make play after play. I walked away more than impressed with the future Buckeye. 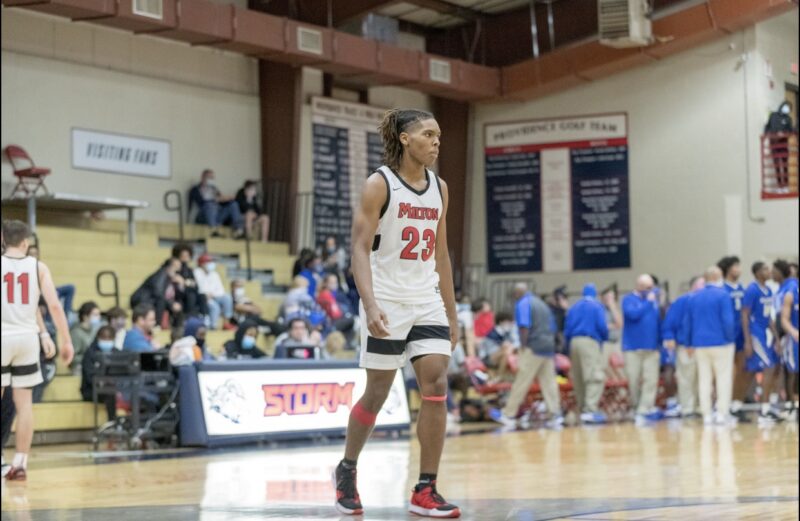 Against a legitimate front court loaded with size and strength, Junior forward Kendall Campbell showed why he was deserving of recent offers. He’s strong and physical which allows him to guard taller players one on one and keep them out the lane. He ripped down several rebounds in traffic and contested Grayson shot attempts without many fouls. Offensively he showed he could push the break and was good around the basket with dunks and finishes over either shoulder. Campbell will continue to see his stock rise with the matchups Milton faces on their schedule. Campbell at 6-foot-7 can anchor the lane and punish defenses inside.

The experience and savvy of senior Jordan Marshall for The Newton Rams was the driving factor for them Saturday. After a sluggish start, the senior guard entered the game and ripped off eight straight points for Newton. His poise in the face of a double-digit deficit was infectious on the sophomore heavy team and settled their rhythm the rest of the game. He hit multiple shots from behind the arc and was very effective in transition with a few pull up jumpers from the elbow versus the length of Berkmar. Marshall was the difference maker off the bench who helped swing the game back in Newton’s favor with sixteen points.

I’ve been fascinated with Ewin since I first watched him as an eighth grader. He’s continued to make strides in his game since then. At 6-foot-9, Ewin has the ball skills of a wing with the moves and length of a big man. His versatility allows him to score in several ways for the patriots around the basket or outside the lane. He can create his own shot from the perimeter from different angles. Inside the post he made plays out of double teams finding teammates on cuts to the rims or cross court skip passes. More than anything else, I noticed Ewin’s improved activity on the defensive end. He seemed engaged, moved with the ball, and protected the paint against the drives of Newton. 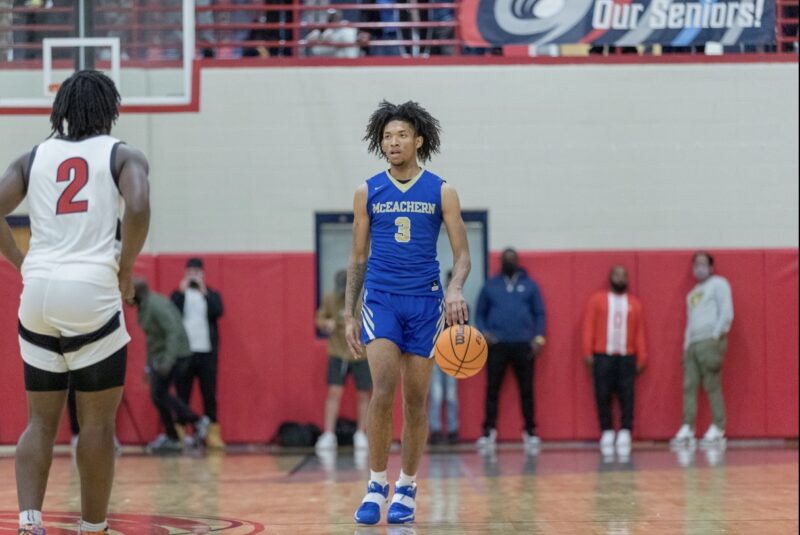 McDowell had quite the shooting night for McEachern this past weekend. He continues to play the point for the Indians and serve as the extension of their coach on the floor. Saturday McDowell had the jumper going and it looked good. He knocked down five threes, none of which seemed to touch the net. If he can shoot the ball like this on a consistent basis he stretches the floor for more driving lanes for Sparks & Brady. Add that shooting with his energy and defensive versatility and McDowell can really leave his imprint on a game. 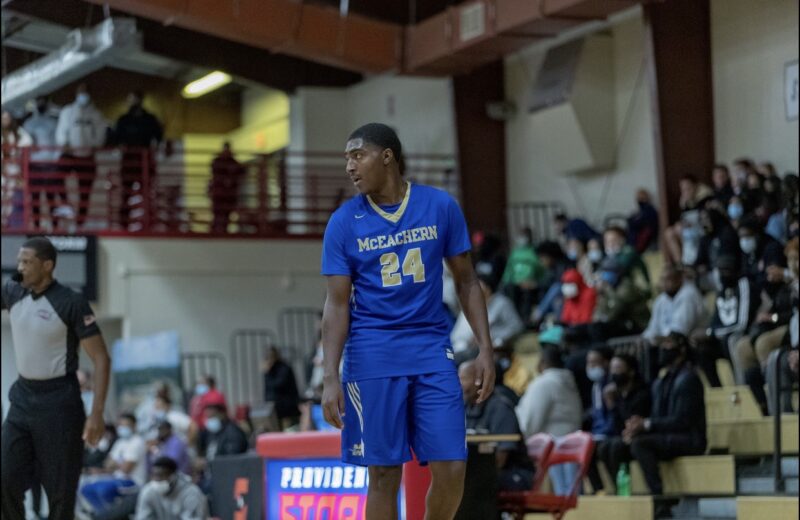 Brady is one of the highest IQ guys in this class. His knowledge of angles, getting to sweet spots on the floor under control, & playing off two feet are what make him difficult to contain. He doesn’t try to blow by defenders, he maneuvers through the lane and most times gets the shot he wants inside. He had a few breakout dunks which helped seize the momentum for McEachern late in the first half. Whichever school Brady commits to will receive a very mature skilled player.

Burrus has long been regarded as one of the best floor generals in Georgia’s senior class and that showed true this past weekend. He makes play after play for his South Cobb squad and feeds everybody on the floor. On a team filled with combo forwards, the 5-foot-10 senior makes the game easier for everybody. In transition, he’s fast from end to end and makes the right play or pass with the ball more times than not. When he’s aggressive in trying to find his floater over defenses he’s really hard to stop and drives the Eagle ball club. His role this season has increased and he’s responding well early.

Lecky was the biggest stock riser of the day for me. At 6-foot-5, Lecky brings a lot to the floor. He shot it well, played at the rim in transition, and controlled the glass inside. Lecky is a fluid athlete with long arms who can guard the 1-4 and be a mismatch on the other end. His motor in nonstop and he made several winning plays that don’t show up in the stat sheet. He led the Eagles in scoring with 20 points this game including two three pointers. Lecky is a player who could play on the next level. Coaches should look in on this South Cobb team filled with different levels of college prospects.