POWDER SPRINGS, GA – After giving the big guys their due as there was some seriously impressive size on hand for Saturday’s On The Radar Breakout Camp, we head to the guards now in the 2024 and 2025 classes, and it’s a good thing there were several of we OTR scouts in the building because it was hard to catch everyone with over 150 total kids in attendance and give them the coverage they deserve.

Here’s a list of those that most prominently caught my eye:

First saw Jefferies back in March with TSF (together with stellar backcourt mate Lavonta Ivery of Thomson) and was blown away by his superior athletic skills and overall basketball acumen, put simply he’s just better than most guys he comes up against and was the most impressive talent at the Breakout Camp to me big or small, he’s got all the hallmarks sans trademark size (and he’s only a sophomore with time to grow) of a future high major D1 guard with that monster athletic ability to go with a dominant scoring presence going both ways from anywhere on the floor, the jump shooting is a weapon that has room to grow still to augment what is a dribble-drive package that few can contend with in his age group, he’s an ace defender with foot speed for miles and his explosiveness off the deck gives him the look of a guy more like 6-4, so good and deep (even with the recent departure of senior TJ Clark to Overtime Elite) will Newton be that it may actually be dicy for him to see meaningful minutes as a sophomore, but the future is glaringly bright for this remarkable-looking talent.

The day’s most fun highlight came below as Brown held off another 6-1 flight-master in Sprayberry’s Joshua Langefels for what was a pretty darn good dunk contest for predominantly a bunch of guards (2024 Guard Tylon Redmond of Eagle’s Landing also gave us some dunk highlights), Brown’s work didn’t end there as he showed off nice snacking in the mid-range the rest of the day with a soft touch, the athleticism to blow-by people was apparent and the earlier dunk show gave us a taste of what he could do as he gets closer to to the rim, excellent defensive instincts both on and off the ball and can handle the point or come off the wing, together with classmate Ricky McKenzie makes for some must-see stuff over off Cobb Parkway in Marietta.

The winning dunk in a fun dunk contest here at #OTRBreakout2021, 2024 Cornelius Brown of @TWS_Basketball raises the roof! @OntheRadarHoops@OTRHoops pic.twitter.com/xhIepigOBm 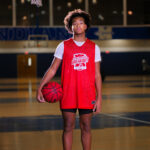 Here was another player who was on my radar coming in after seeing him be dominant in a 14U event earlier in the year for Norcross Heat, there’s a maturity and poise to how he goes about carving you up as he can turn on the jets and be a nuisance or back it off and be so patient and decisive in the attack, his vision is already Varsity level and you have to love the moxie of player who can really light it up from range with a natural-looking J and kind of just knows he’s got your number before he even crosses half court, good enough in my view to play significant minutes as a freshman but we’ll see what the Panthers staff thinks. 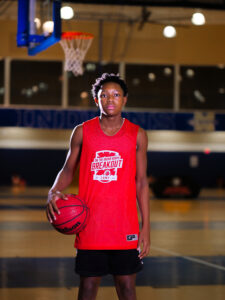 There’s a lot of excitement around the sidewalks outside Osborne these days with the likes of Fleming and so many others shining right now over at CTC’s Fall League, has the look of someone headed for 6-4 or 6-5 easy and already has an advantage at his 6-2 with his long strides and ability to glide past players, might not be as inherently explosive as some of the guys above but he’s very tactical and patient in his approach and has great understanding as a scorer, he’s got plenty of range past the arc but seems much more deadly at this stage cutting you up and scoring from 8-15 feet with floaters and other creative attempts, really impressive player to watch in a class that is just now beginning to emerge on the trail.

For pure surprise eye-openers Watkins tops the list because all he did the entire day was produce and make solid plays at both ends, so physical in that 6-0 frame he got up and down the floor like a Crimson Tide tailback as there really weren’t a ton of guys either capable or interested in stopping him once he got a head of steam, can really finish around the basket and has the look or a burgeoning, composed floor general to watch out of the western part of North GA. 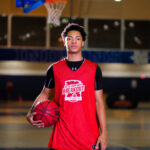 Emerging rapidly as an ATL-Metro and frankly statewide star in the making, can affect the game in so many ways beyond scoring as can fill up the scoresheet as a facilitator, defender and rebounder, tremendous attitude having a blast every time he steps out there and seems born to be a point man as the ball and he are interconnected, part of a new-looking but fun young nucleus down in Tyrone which is coming off the Jabari Smith-era but will still be a major factor on the scene and in the postseason.

Be remiss not to mention the day’s best under 6-footers, both hovering around 5-5 it made little difference as each made large impressions at both ends combining hustle and grit to show that height can be all in your head sometimes, Beasley was a bit more of a penetrator and showed no let down in attacking the paint regardless of how many trees occupied it, he showed off excellent passing when he wasn’t making acrobatic finishes, Bowyer had equal confidence but looked more apt to use his slick handle to create space as a marksman from 3-land while like Beasley being a speedy lockdown defender on the ball.