HIRAM, GA – OTR hosted its Super 64 Showcase last Saturday at Hiram HS, and with 70+ kids on hand, the quality level in particular was among the highest of any of the many outstanding Showcases the last 6 weeks here in town.

Thought it would be fun to do a Superlatives List similar to what I did with SH Report’s Showcase, try and get as many guys into meaningful categories as we can. 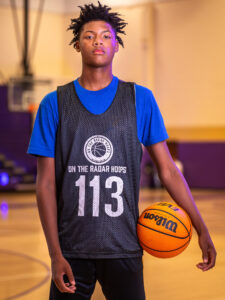 Saw him in the abbreviated summer of 2020 with We Get Buckets out of TN and he floored me back then as an incoming freshman with a dazzling array of inside-out brilliance, now even bigger and certainly stronger he looked the part of a serious high D1 wing with the ability to utilize superb ballhandling and play downhill as a 2 or be more of a mixer tossing in some interior catches or even back to the basket maneuvers, it’s all there with gifts galore and throw in deep shooting range 3 or 4 steps past the arc, this is a sure-fire Power 5 potential star. 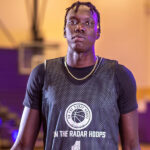 Still only a junior the body screams next-level ready to go with the obvious length of a legit 7-foot frame, in and around the basket it’s a whole lot to deal with at the HS level and will only continue to get better as he’s got plenty of time to get reps on the all-around offensive package, right this moment the defense is next-level ready as he showed off great timing and plays plenty physical enough to body up whoever tries to catch it on him, I see aspects of the jump shot that can be honed into a notable weapon out to 15 feet but that too is something on the come, still he landed a recent Texas Tech offer and that list is going to big-time expand.

Another weekend another big-time showing from this emerging stud, again we saw the physical dominance in spurts where inside 8 feet there wasn’t an answer for his power, seeing more and more of his face-up game of late as he showed off a better than average handle on the attack and has really good vision as a passer when things get bottled up, when the 3-point shooting catches up to the package of defense, rebounding and variety from 15 feet in this will be instantly become in what is a monster 2023 GA class one who has to be considered near the very top. 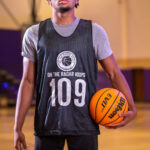 A Scoot-less Longhorn team this year means great chances for a bunch of underrated but skilled guys like Cambridge to step quickly into more prominent roles, last season Cambridge (like teammate and fellow grinder 2023 Aaron Smith) did whatever the team needed as they made a run to the 6A finals, this fall he’s showing off his guard chops as that’s his likely destination at his size at the next level, more shooting on display both deep and in the mid-range and he’s looking more and more comfortable further from the basket, add his yeoman-like work in near the basket defending and rebounding and the profile gets upped considerably.

The day’s defensive grinder by my estimation for sure, was an absolute nuisance all day on the ball and even drew a charge later in the day (in a Showcase unheard of), his athleticism is his greatest asset as he’s strong and fast and his lateral movement and smarts are advanced, he’s full proof effort-level can change possessions and even games, he’s not devoid of scoring ability and should be a really intriguing complement to star Lovett guards Christian Anderson and Kyle Walters. 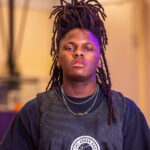 The Falcons are loaded to bear once again and with so many pieces in place you don’t want to sleep on the wide contributions from Bell, so physical inside of that 6-4 frame with toughness and attitude for miles, he can be your primary ballhandler or absolutely mow you down from a wing spot, he can drift inside and get opposing bigs in foul trouble and guard 1-4 without any problem with plenty of foot speed, the kind of player that helps win titles who might not be a 20 ppg guy but fills the stat sheet with positives.

My first extended look at Davis and it was an impressive showing, and when I see he has an Auburn offer from the summer it makes a lot of sense, such lift and such athletic ability at his disposal to either blow-by you or rise above you, showed great composure picking his spots and when he did it was a slice and dice show against some really good defenders on hand, plays with great enthusiasm and has the mind of a true lead guard, may be up by the northern GA border playing in 3A but his talents haven’t gone unnoticed. 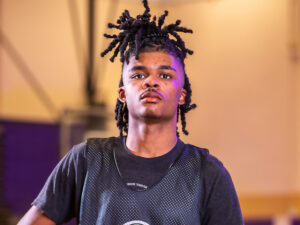 Perhaps not “small school” playing in 5A but let’s just say they’re a little out of the way down there in Gray, GA for we Atlanta evaluators, so glad I got the chance to see him in action as it mattered little that he was from a lesser-known program and showed out in multiple ways, much like Davis a special athlete who can really get up, down and off the floor and uses a polished burst to cut up defenses with the bounce, among the day’s better overall defenders as he sees passing lanes and has great hands. 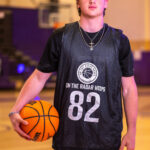 Could have been out “All-Bus” Guy as well, that guy that gets off the bus and is too quickly underestimated, but sleep on Thomas and his A-Private KRCS mates this winter at your own peril as there’s skill and grit, Thomas is a great fit in Alpharetta coming over from Fellowship Christian and adds physicality and a real basketball acumen to an already solid lineup, strong frame allows him at 6-0 to bully his way for buckets but there’s also poise and finesse that he shows whether playing on or off the ball, will consistently give you production at both ends.