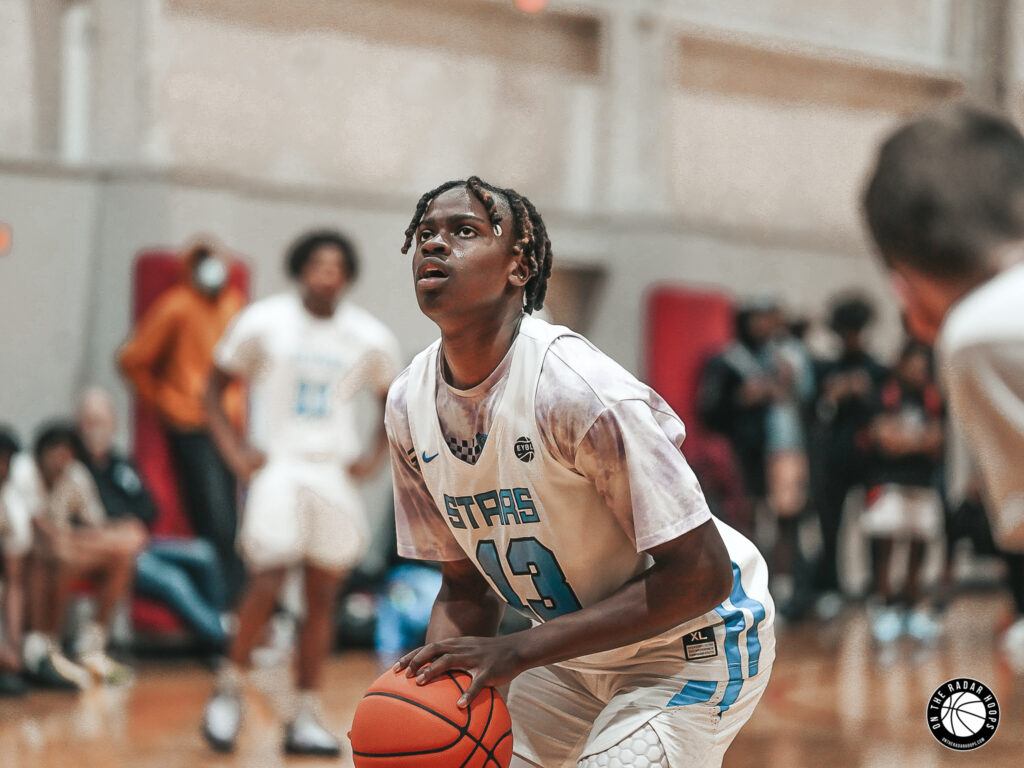 If one were to argue that Carr was not the most productive player of the weekend it would be a losing argument. The left-handed wing got it done on both ends of the court. He has a motor that always runs high. Add in the fact that he can score the ball in several ways, and it is easy to see why there is plenty of buzz around Carr coming out of the weekend. He finished with 29 points in a Sunday win over AE5 Basketball. He did it with 3-pointers, transition dunks, and acrobatic finishes in the lane. He visited Indiana at the beginning of this month. 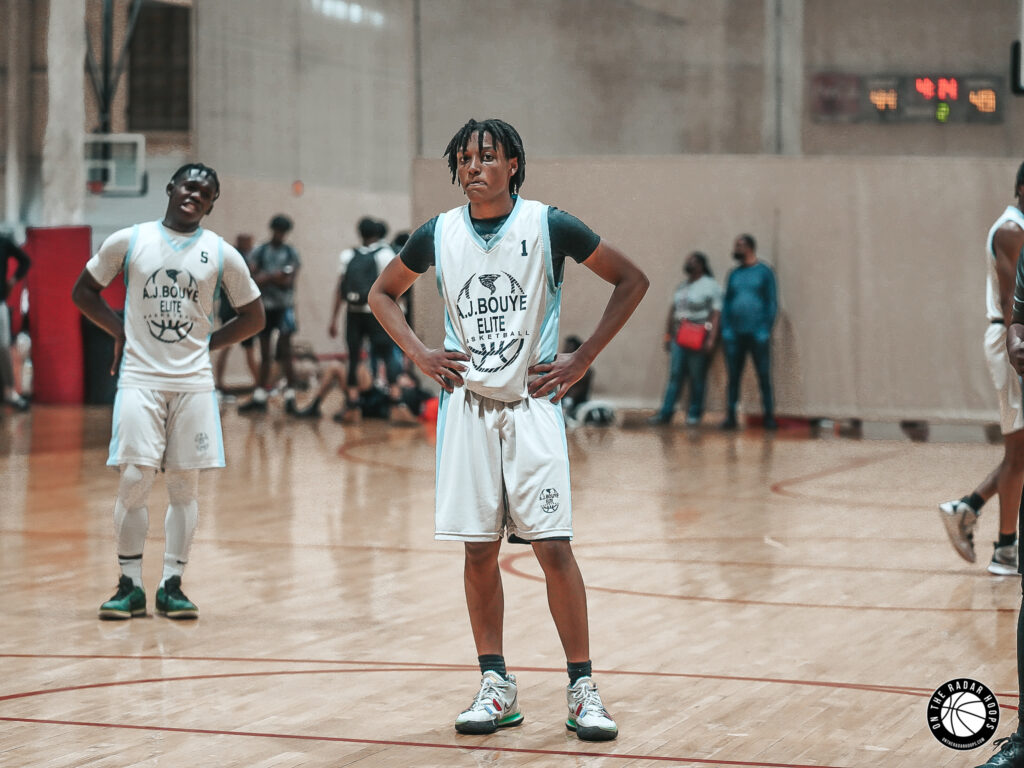 Mann is one of those prospects who is carving out a name for himself. The Tucker High School prospect possesses all the physical tools that you want to see in a wing such as length and body control in traffic. His ability to handle the ball in isolation situations and take advantage of off-balance defenders is his specialty currently. There is no sign of leveling off from here with Mann, we only see upside coming out of the event. 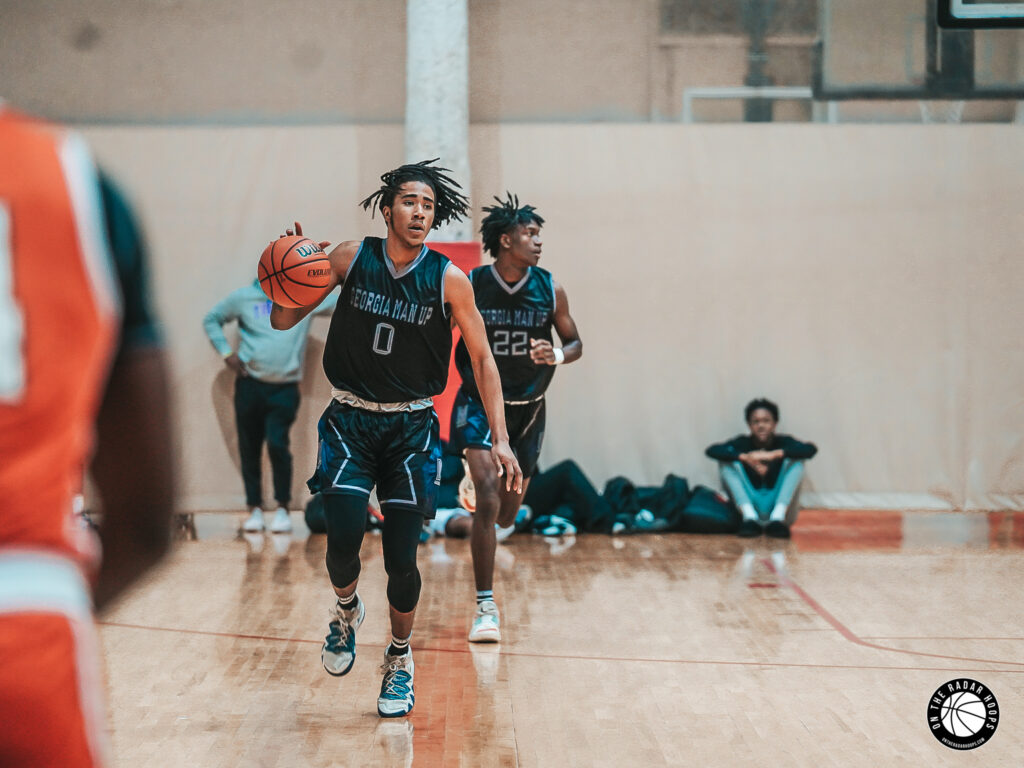 The 6-foot-5 guard possesses back court versatility in that he can play as a lead handler or spot up on the wing. We immediately noticed his assertiveness as a vocal leader while playing his Man-up teammates. Combine that with his consistent stroke from behind the arc and Reynolds is a prospect that could bring instant value to a collegiate roster.

Sherrell earns this mention with his consistency of production. We have noted his talent in previous evaluations and that was obvious yet again. However, there does not appear to be gaps in the numbers that he puts up each time competes. He puts the ball in the bucket, defends his position, and is a constant presence on the glass. These are hallmark attributes of elite prospects. He is on an elite trajectory at this moment.

Simon is a bit of a throwback player in the sense that he is a scoring guard that gets buckets in array of ways. The modern game seems to center around ball screen offenses or 2-man actions, Simon is one of those players who can post up, pull-up, or rise-up to score at the rim. There is a lot to be said about a player who is diverse in his skill set. We believe this will make Simon one of the top prospects coming out of the state this spring.

Thomas caught our eye with his blend of size, skill, and poise on the court. The 6-4 guard displayed vision in the open court while leading the break. He also knocked down the corner 3 without hesitation on the ball reversal. While he finds himself playing on the wing often, he does show a lead guard mentality that is useful for executing the offense in the half-court.

There was no shortage of unsigned senior talent at this event. Thornton had his skills on display Sunday afternoon in a win. He is a guard that has terrific size and a burst of quickness with the ball in his hands. His quick explosiveness to finish above the rim should put everyone on notice. The lefty has the size and athleticism that would be an asset to many collegiate programs in the region.

Wilson is the lone freshman to make the list after this event. He earned it. The 6-8 forward has a wealth of skill and physical tools. Wilson can handle the ball facing the basket and he can lead the break with confidence. He displayed unique vision as a passer in the open floor. He even showed a confident pull-up jumper off the right-hand bounce, which is a sign of things to come. Although he is mastering many of these perimeter skills, he still shows the willingness to mix it up on the interior as a shot blocker and rebounder. This type of versatility will be key for him as he begins his ascension in years to come.