NORCROSS, GA – Part 2 of some “Unsung” Guys from the OTR Tipoff Classic 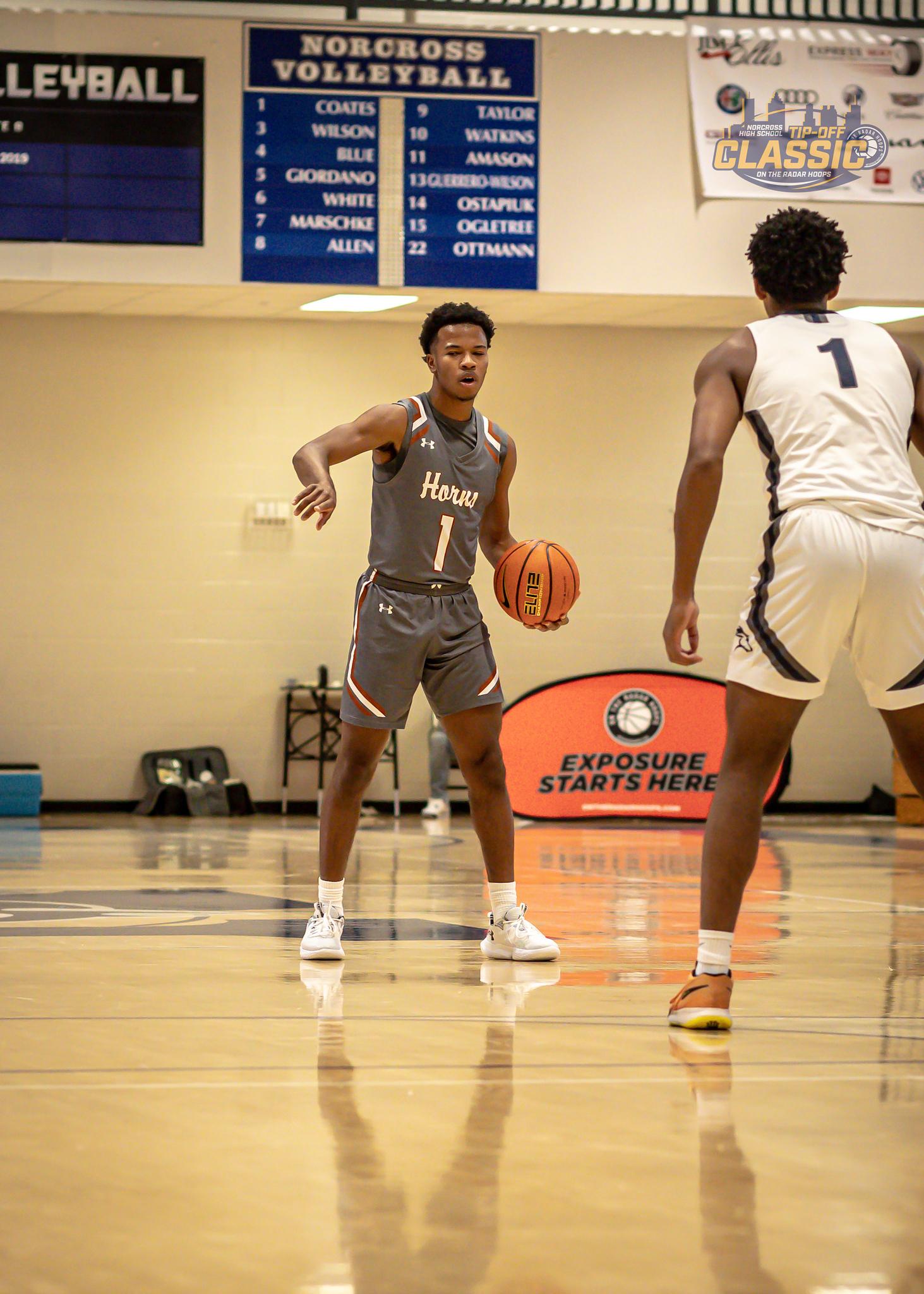 The move of CJ Hyland to Grayson certainly put the ball in the hands of Morgan more and he’s always had gifts as a distributor and floor general, the scoring aspect of his overall contribution will be fascinating to watch as forwards Jayce Nathaniel and Osmar Garcia may do the lion’s share of bucket-getting night to night but Morgan more than his the ability to knock down shots and get into the lane with pace, that terrific speed shows up on defense as well as he’ll be at the forefront of this intriguing Lanier bunch in 6A.

It’s hard to imagine losing a guy the size of Williams in a lineup packed with such interesting star power and balance, but with the likes of serious 2024 risers Dennis Scott III and Xavier Shegog joining him on what looks coming off the bus like a college frontline you might say Williams’ effect will be more workmanlike than flashy, but that’s what he does as he’s improved so much in the footwork and lateral movement department over the last 2 years and now is a catch and finish beast around the cup, the defense is stout whether guarding the post or blocking shots, this Mustang team is thinking A-D1 title for sure. 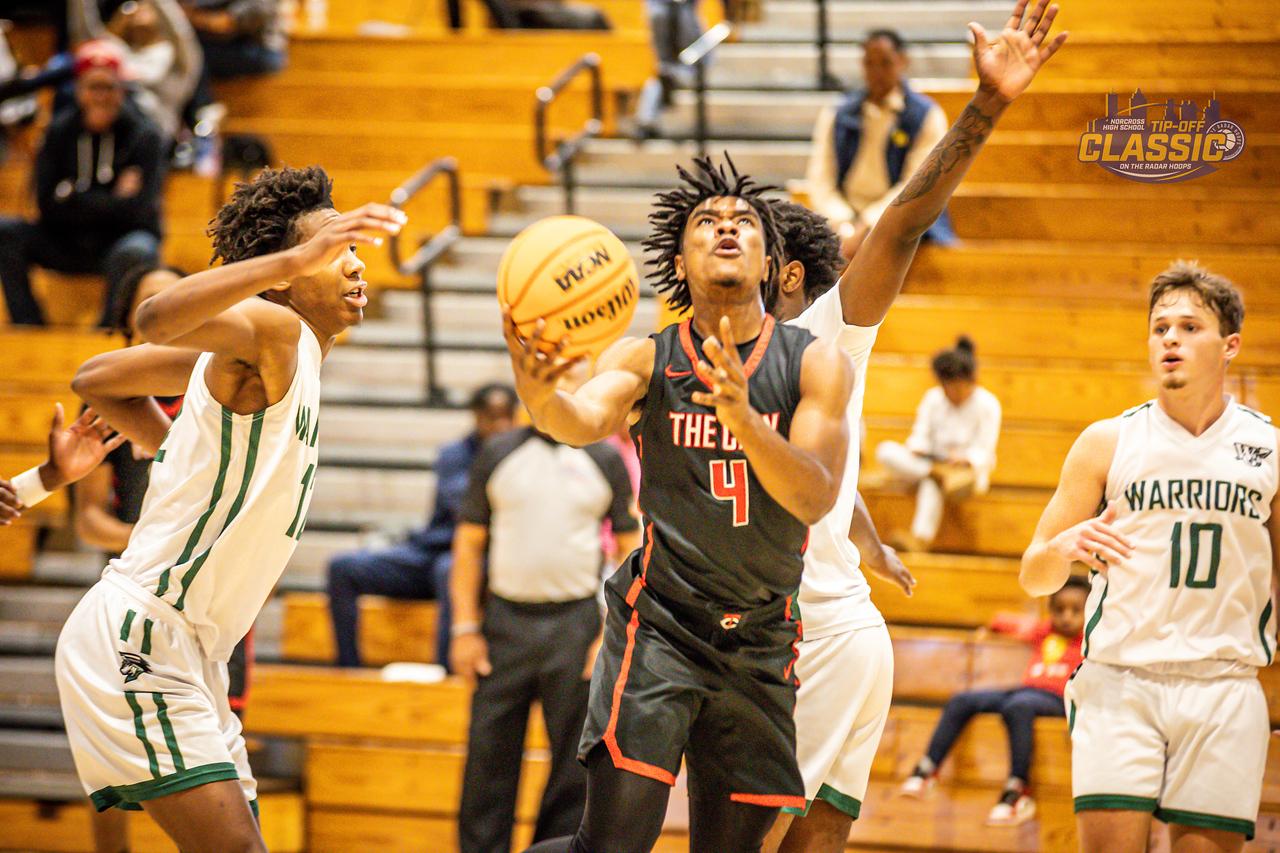 Talk about a guy waiting his turn what with all the exceptional guard play the last few seasons it doesn’t come as a surprise that Kyndon Wilburg is just now emerging in black and red, alongside more stellar backcourt mates this season like Kory Mincy, Noricco Danner and Malique Johnson he was excellent Saturday in a complimentary role but showed the kind of instinctive and heady play that could easily see him take the lead on a given night, defensive-minded and tough like you’d expect from the Bulldogs he could be a wild card in their pursuit of another 5A crown. 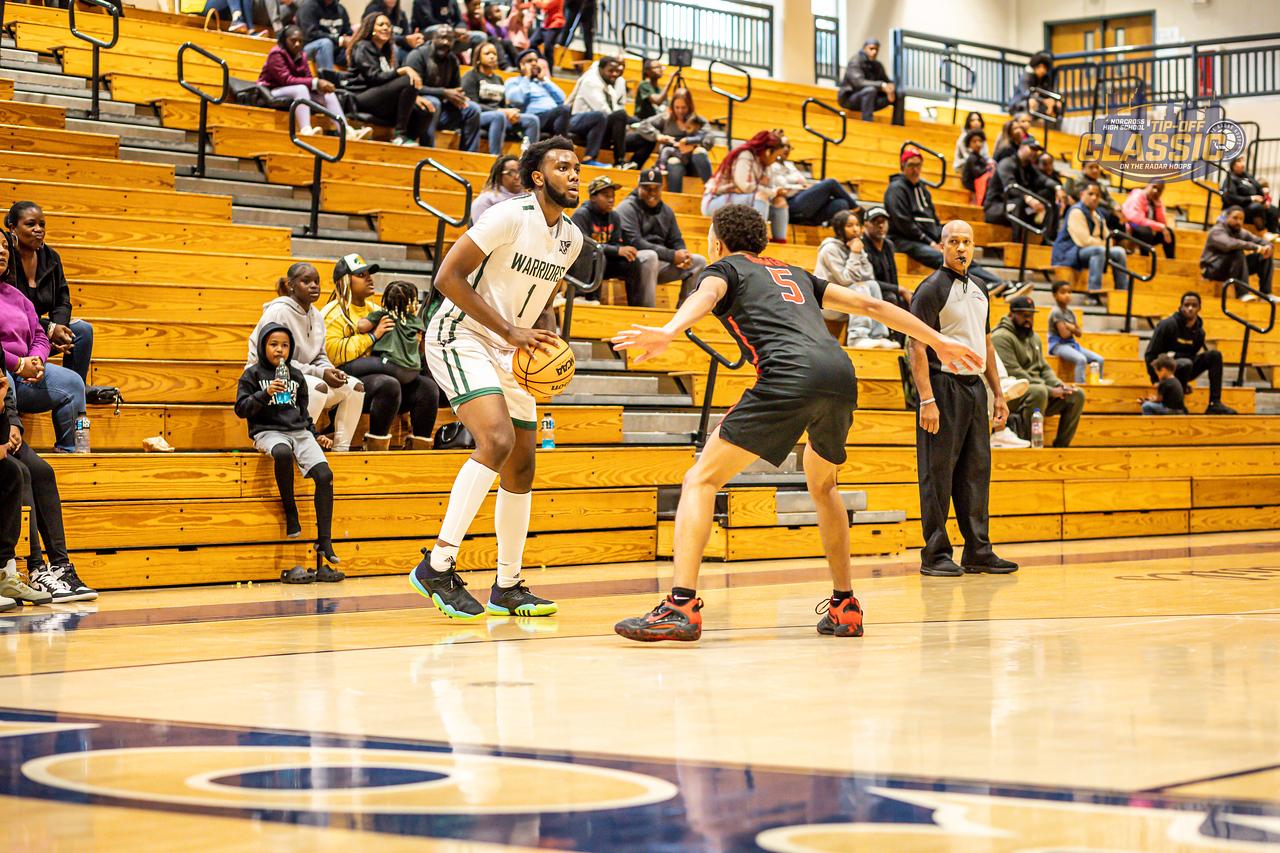 The Grayson-transfer shouldn’t be unsung for very long as she showed off the kind of game Saturday in a good one vs Tri-Cities of a potentially dynamic scorer for The Grove, the mix of inside variety together with a soft touch from beyond the arc should keep defenses honest, his willingness to take big shots and not shy away from the ball in key situations speaks to the guts factor, with guard Tyler Jewell likely lost for the season with a leg injury which occurred just two minutes into this one Christian will find the ball in his hands more often in key spots. 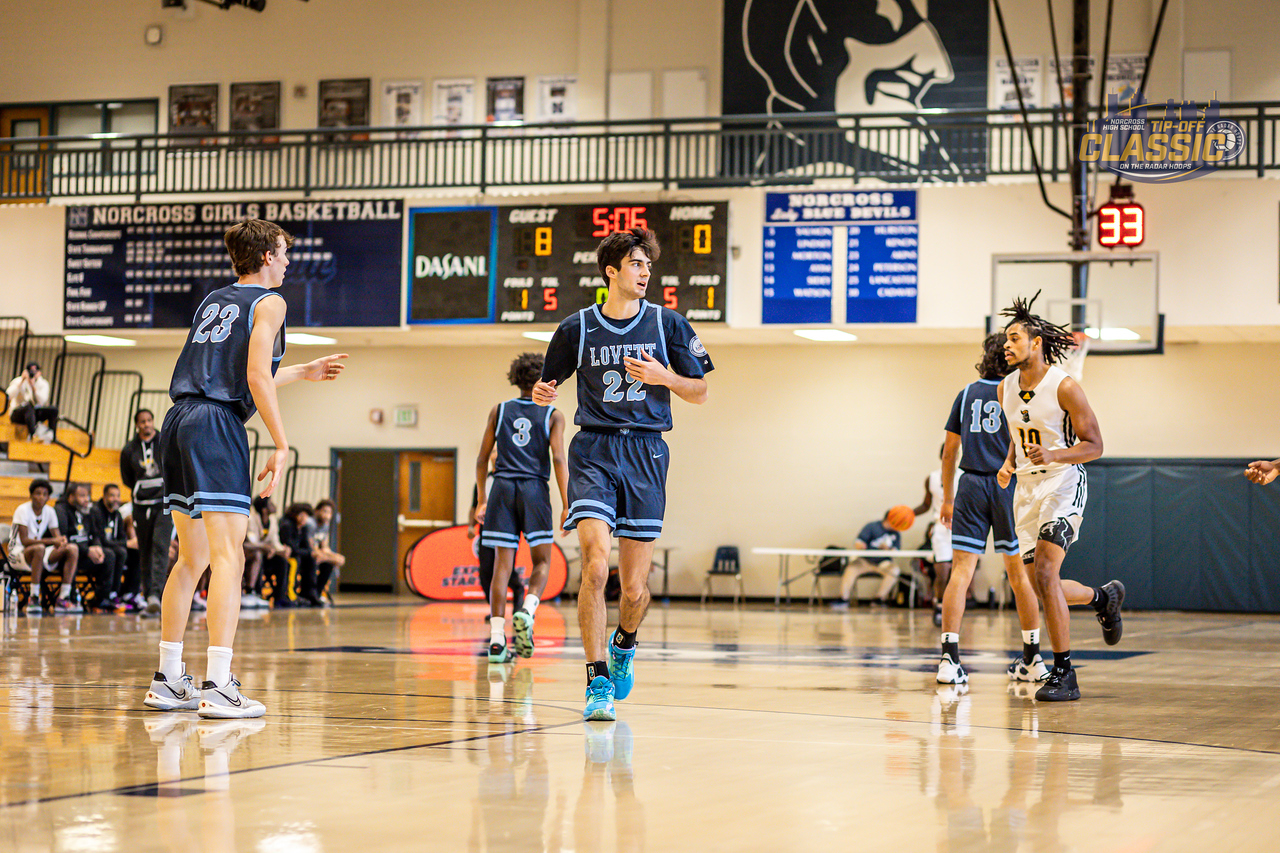 The Christian Anderson show is certainly worth the price of admission most nights but the Lions will need to get other contributions to make a playoff splash and they have some horses to help, Walters is clearly one of them as he has been a Varsity staple for the last 2 years and his veteran savvy and sneaky good all-around skillset can be just the right tonic for Anderson’s gin, aggressive and scrappy he can slow things down and beat you from the perimeter or get out in space with good burst off the bounce and be a real threat in the halfcourt, he handles it and guards whomever he has to and that leadership and unselfishness is obvious to all who watch him. 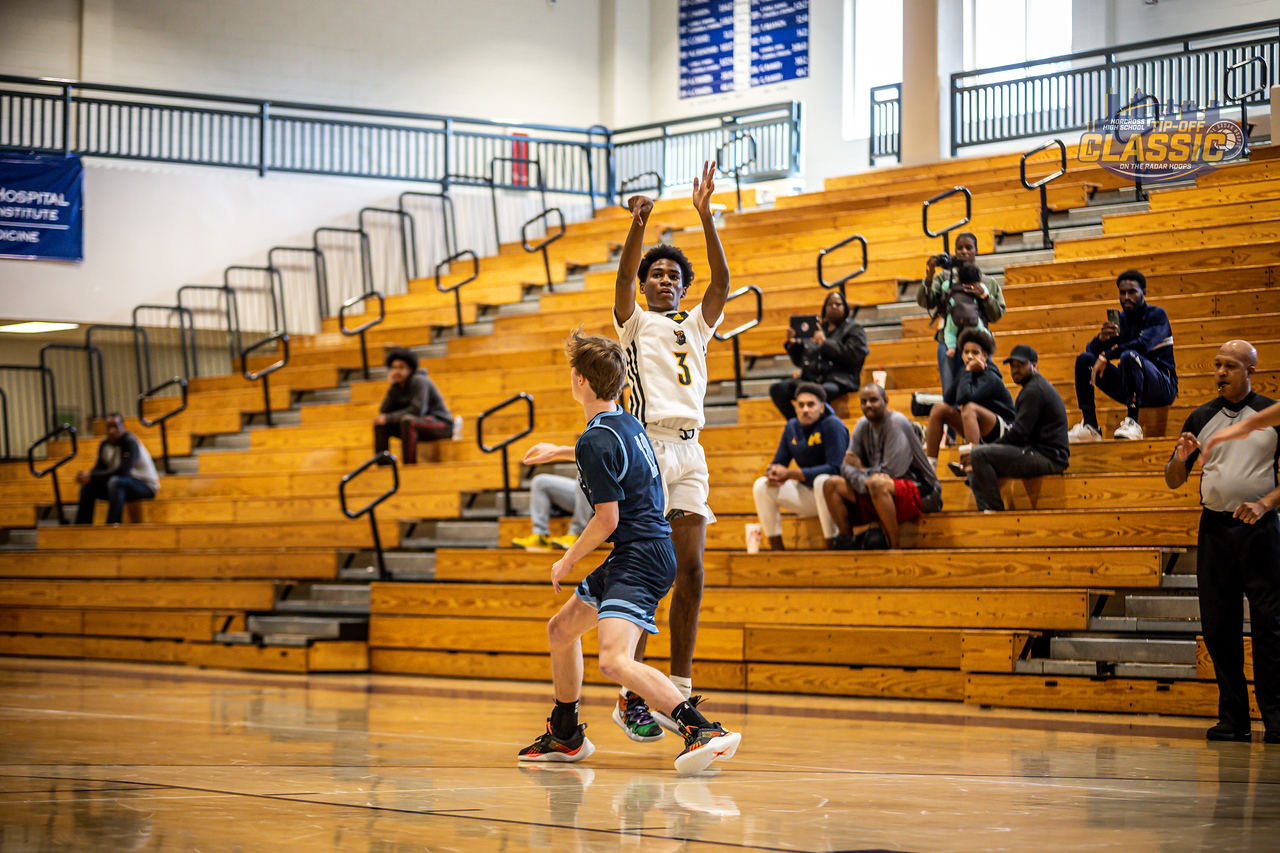 I like the guards at Central with Smith emerging as a potential young star and classmate Jordan Harris looking solid as well, they’re joined by senior John Mark Avitabile and rising 2025 Makhi Cunningham and 2026 Malik Rideout to form some depth of options, Smith was scoring from all points Saturday while also having to contend with Lovett’s Christian Anderson at the other end, he was assertive and was particularly impressive not settling for 3-balls and getting in to the teeth with length and creativity, one to watch for sure.