MARIETTA, Georgia – The OTR Elite 32 Showcase was an overwhelming success last weekend. Teams from as far away as California, South Dakota, and Texas travelled to play in front of upwards of 400 college coaches. Once again the On the Radar Hoops organization proved to be the premier independent platform to attend during the NCAA live period. Here is a first installment of standouts from the games at Next Play 360.

Burns was one of the best shooters in the building last weekend. The 6-foot-4 South Dakota commit sports a pure jumper from well beyond the arc. His game will translate well to the next level given his ability to execute and hit jumpers in the halfcourt offense. He showed that he is ready to take his game to the collegiate level while his future coaches watched from the baseline.

#OTRElite32
Behind some sharp shooting from Isaac Burns (@isaacjbruns) & all around solid play from his teammates, South Dakota Attack 2023 has a double digit lead at halftime.@sdattack 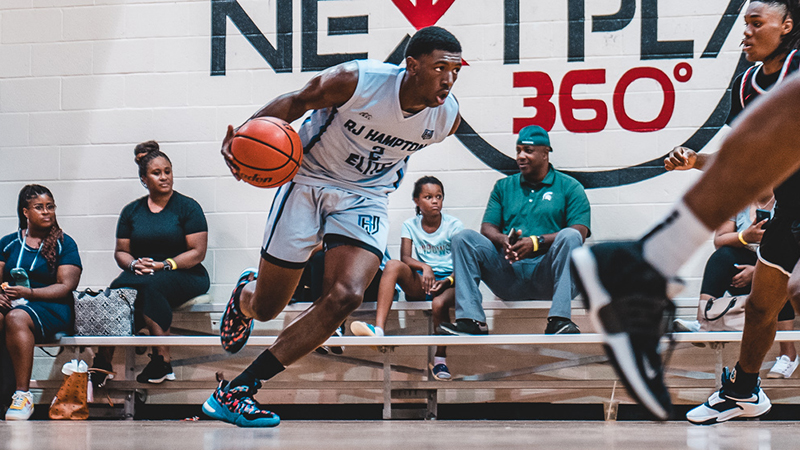 There are only a few players that possess talent and polish like Jefferson. Some players may have the natural gifts but are still learning how to win. Jefferson is a rare prospect that knows how to handle himself on the court while have the athletic ceiling to compete with the elite. Playing in front of his future coach, Houston head coach Kelvin Sampson, he put on a show with deep range shot making and hard-nosed defense. Coach Sampson has won hundreds of games with guards with Jefferson’s profile. It is no surprise to see that he made Jefferson a priority recruit this spring.

James cemented his reputation as one of the premier prospects in the class of 2025 last weekend. He is a 6-foot-6 prospect that can play multiple positions on the floor. His athleticism is well noted coming out of the event. He can elevate and finish over even the biggest defenders in the lane. The most impressive part of his game, in my view, is his passing ability. He has vision that is rare for a kid at his age and at his size.

Got a good look at ESPN 25 Jamier Jones. A high level athlete who impacts by finishing and providing versatility both inside and out. Rebounds and pushes to start the break. @_thejamierjones https://t.co/GNG2JUzQm5 #OTRElite32 @OntheRadarHoops @fl_Rebels pic.twitter.com/aGnkBCTzGA

Perkins wowed our staff on Thursday morning with his scoring ability. The most impressive part of Perkins’ game is the flair that he plays with. His blend of style and body control prompted OTR National Evaluator, Keith Agran, to reference the ABA, which is a true compliment. His scoring prowess and explosiveness landed him front and center on our standout list.

Some old school ABA flair in T'Andre Perkins' game as he glides to the hole for Powerhouse Hoops out of Nebraska, at 6-5 the way he moves and gets up in the air he can be really versatile at the next level for someone#Elite32 pic.twitter.com/5VDVh4T95N

Courtney is a prospect with a big ceiling at the next level. While the 6-5 guard is productive and shows a lot of the tools necessary for success, we see potential for him to grow even more in future years. Courtney’s strength at this moment would be his sweet jumper from 3-point range. He compliments this well by being able to attack the rim with either hand. As he adds strength and weight to his frame, we predict that he will take yet another leap in production.

#OTRElite32
There is an argument to be made that ‘23 Blake Courtney is the most talented player on the court right now for the Dallas Mustangs. 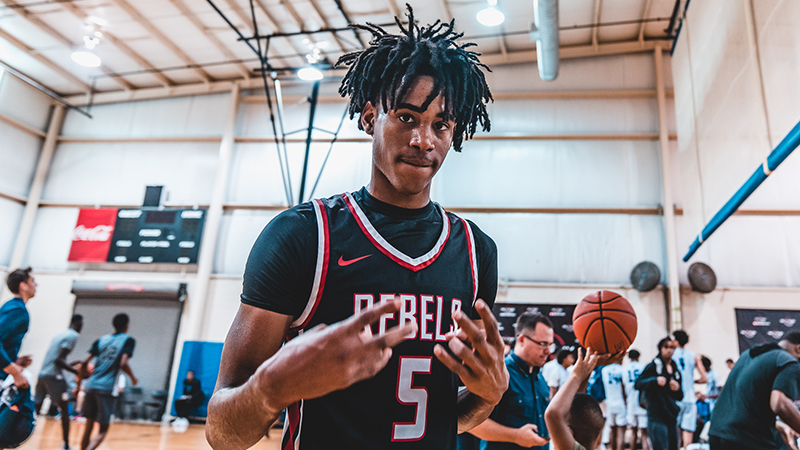 Elliott is a natural talent at the point guard position. The 6-3 prospect has a lanky frame and a spring in his step that gives him an edge against even the toughest defenders. Elliott can find his shot when he needs to, but what impressed us this weekend was his playmaking for others. He consistently finds a way to get into the lane and draw the help, which allows him to dish to teammates wide open for easy scores. He is one of the bigger stock risers coming out of this weekend.

#OTRElite32
'24 PG Elijah Elliott @e5iivee makes nice plays with the ball. He's got a high IQ with the screen & roll for dimes to teammates or shits in the lane. @fl_Rebels 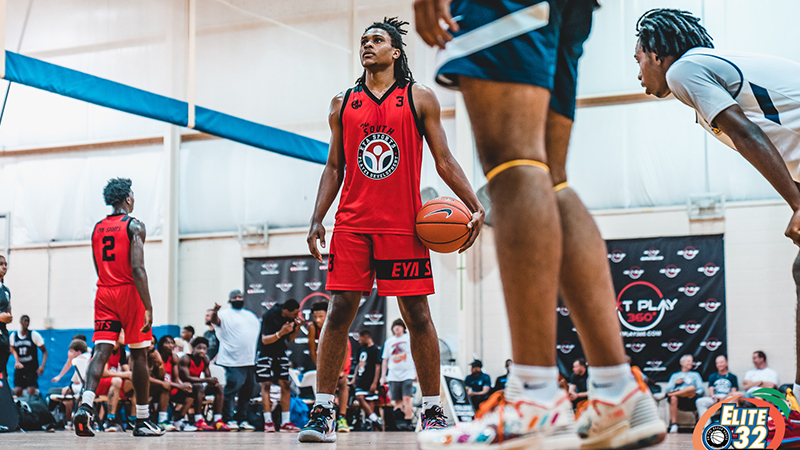 Kennedy will be one of those prospects that makes a college coach look real smart in a few years. That will not come as a surprise for those in the Metro Atlanta area who have been paying attention. He is a high energy guard that can get a bucket in a blink of an eye. He had his full skill package on display in a match-up versus the South Dakota Attack. He hit step back jumpers, dashed to the hole off steals, and turned up the defensive intensity to 100. Kennedy has a winner’s DNA, and a future college program will benefit in years to come. 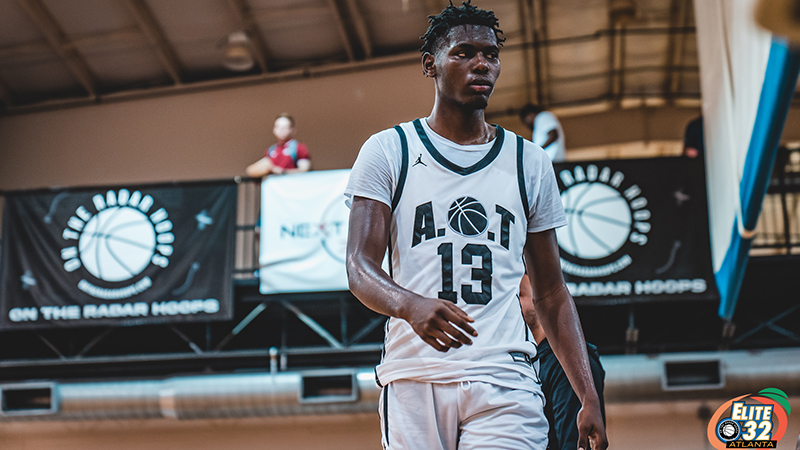 Palm emerged as a top prospect in the class of 2025 after this event. Without an official listing of his height, we estimate that he stands at least 6-9 playing the forward/center position for his team. He is a left-handed prospect that can hit the trailer 3-pointer or bang on the pivot for interior points. He has developed a nice go-to spin move in traffic where he can finish with either hand while taking contact. His size, athleticism, and skill have our full attention at this moment.

He led AOT to a ‘W’ tonight with 26p while controlling the glass & blocking shots.