MARIETTA, Georgia, – The OTR Elite 32 brought together many of the nation’s top independent programs together in front of nearly 400 college coaches last weekend. Here is our second installment of to performers from the event.

I could not be higher on class of 2024 guard Karris Bilal with the Georgia Stars 16U team. He is an elite shooter who has elite instincts. He proved he could get his shot off consistently and accurately in the high screen and roll action. It was his work away from the ball that impressed me the most. His ability to set up defenders and pop to open spots is what makes him dangerous. The 6-foot-4 combo guard is a very good athlete as well. He is one of the top prospects in the Southeast region. 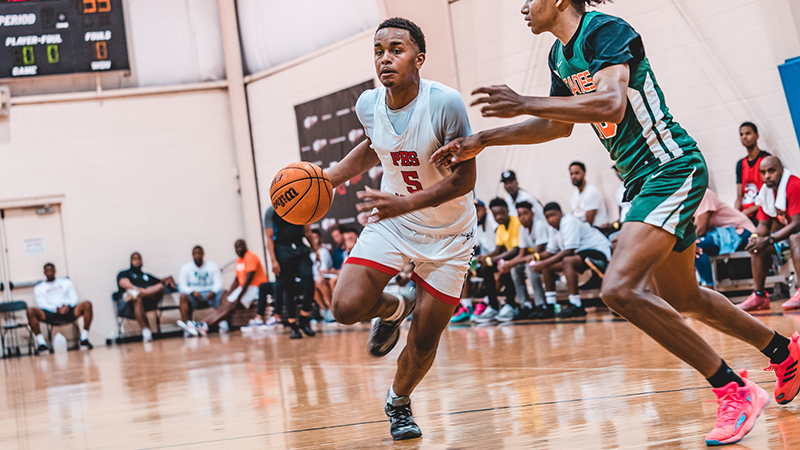 Few players had as productive of a weekend as Karmello Branch with PHS Academy. The 2023 prospect is a 6-5 wing that proved he can get a bucket in a variety of ways. His athletic build lends to his versatility. He can bully his way to the bucket off the dribble and finish in traffic. However, it is his consistent shooting range that sets it all up. He filled up the score sheet with 3-pointers during the tournament.

Point guard Jordan Pickett with the SW Illinois Jets is one of my favorite class of 2023 prospects coming out of this event. He is a quick, athletic guard that attacks the lane with the dribble and makes plays with the ball in his hands. He impressed with his defensive ability as well. He anticipated the passing lanes and hounded opposing ball handlers into mistakes. I am bullish on Pickett’s solid all-around game and believe that he will be an asset at the collegiate level.

#OTRElite32
‘23 G Jordan Pickett has been a bright spot for the SW Illinois Jets.

He attacks the lane relentlessly. He does a good job of keeping his eyes up for open teammates.@coachdanamorgan @Jpickett1j

Class of 2024 guard Tyler Johnson with the Florida Rebels ought to be a popular recruiting target among college coaches coming out of last weekend. He is an athletic wing that plays the game with great instinct. He also has great touch when finishing in the paint. Combined with his 3-point jumper and Johnson has a well-balanced offensive skill set. He uses those skills to put up points in bunches.

'24 Tyler Johnson @tj_2103 is a player you can put anywhere on the floor & he'll be fine. He can play the wing, guard forwards, and score inside-out. High level hybrid forward for @fl_Rebels

Devin Long with AC Georgia Select is a prospect that caught my eye last weekend. He is a 6-3 guard that shoots the ball well from range. What is most impressive is his ability to catch off the move and fire in rhythm off screens. This combined with his size, and he will be a prospect that fits well into a number of systems at the collegiate level. Add in that he can defend his position and there ought to be several programs that gain interest in the Providence Christian Academy product.

15p in a win, which included four from beyond the arc.

6-4 G has a game that translates to the next level in a number of types of systems. 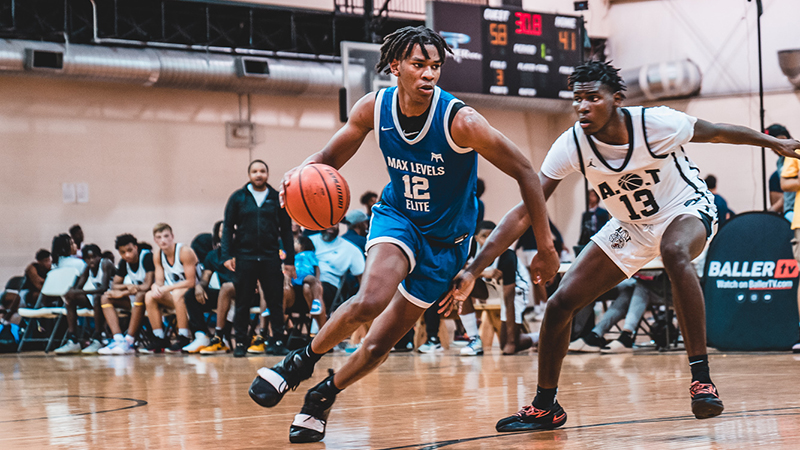 Class of 2023 wing Tyler Ringgold with Max Levels was one of the best finishers in transition that we evaluated. The lanky framed prospect was terrific at slashing between defenders to score at the rim. He used his quick hands to create deflections and steals on the defensive end. In the half court, Ringgold used an array of hesitation moves to create space to get downhill to the paint. 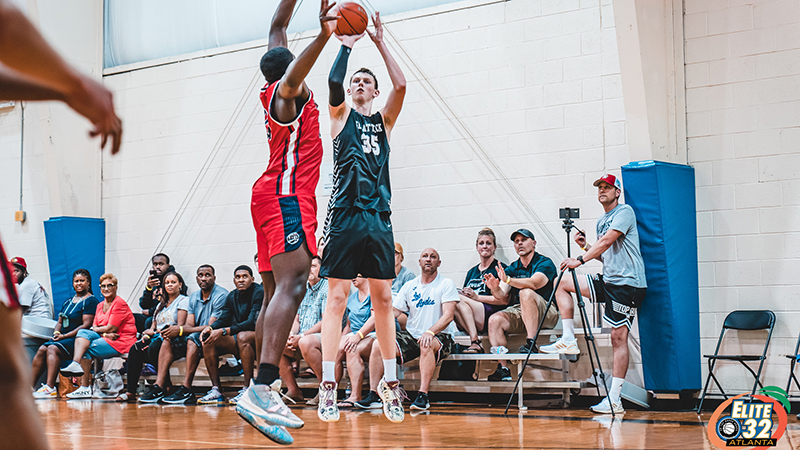 JT Rock made waves all weekend long with the South Dakota Attack. The 7-foot center impressed with productivity. He scored buckets in traffic and stepped out to hit 3-pointers. He blocked shots and snagged rebounds on the defensive end. He even showed some bounce and athleticism that sets him apart from other big men with his stature. The class of 2024 prospect made his case as one of the elite prospects at his position nationally.

Class of 2024 wing Nasir Mohammed made a statement this weekend as one of the most talented all-around wings in his class. He is a 6-5 prospect that brings productivity and versatility to the court with Team Curry. He is effective as a finisher in the lane or as a shooter on the step-out. He screened, rebounded, and even acted as a facilitator in the half court. Even more impressive was his defensive switch-ability where he sat into a stance and defended point guards in ball screen action while also providing an interior presence when needed.