POWDER SPRINGS, Georgia, – Over 300 teams from around the Southeast came to compete at the On the Radar Hoops Sweet 16 Session I. This marked the first open period of the calendar year. Despite the rapid changes in college basketball recruiting, the event was still well attended by coaches. Here is a first look at the players who caught our eye in the event’s first round of games.

Belines is a guard who brings toughness and physicality to the back court. He spent time handling the ball in the back court for Team MOAM. Yet he caught our attention with his willingness to mix it up in traffic and get after loose balls. This ability to affect the game in ways other than scoring are qualities that should not be overlooked. 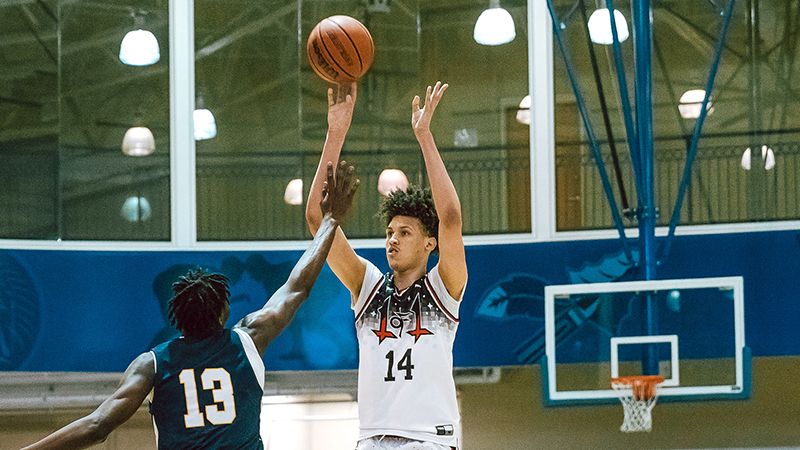 Butler picked up an offer from South Carolina this weekend. He is a 6-foot-11 frontline player who can play at either end of the hi-lo game. He showed range on his 3-point jumper. He is equally capable of enforcing the lane as a defender and rebounder. His blend of physical attributes and basketball skill make him one of the best prospects not only in the region, but also in the nation.

Chedlet is a prospect that ought to be able to step on campus and immediately contribute for a college program in six months. He is a 6-10 post who has a strong frame and athleticism. He showed the ability to finish above the rim and root out opponents from the paint to grab rebounds. Like many big men at this level, he still has polish to add in his footwork in his back to the basket game. Nevertheless, he projects to have a full college career given his motor and physical attributes.

The Nashville product put on a good showing for his team this weekend. He was a force each time we had a chance to watch him. The athletic combo guard can score the ball in traffic at the rim or stretch the defense with his jumper. He opened our eyes after he hit a 3-pointer behind a ball screen off a lateral slide dribble to his right hand. That combination of footwork, balance, and touch is worth noting.

Newsome is a strong framed combo guard who brings toughness and confidence to the back court. He displayed vision and poise as a passer on Friday night in a match-up versus Team Dickerson. He aggressively attacked the baseline, drew the help defense, then found open teammates with diagonal and crackback passes. The range on his jumper demands that defenders stay honest when squares up on the perimeter.

Perry is another big man with a game ready made to contribute at the collegiate level. The 6-9 post can battle in the lane and clean up the weakside with rebound putbacks. He showed some versatility on Saturday afternoon. He faced the basket and acted as a conduit to the run the offense for his team. When his defender relaxed, he also showed the ability to put the ball on the deck with his weak hand and finish with a crow hop in traffic. He is currently committed to play at Catawba College next season. 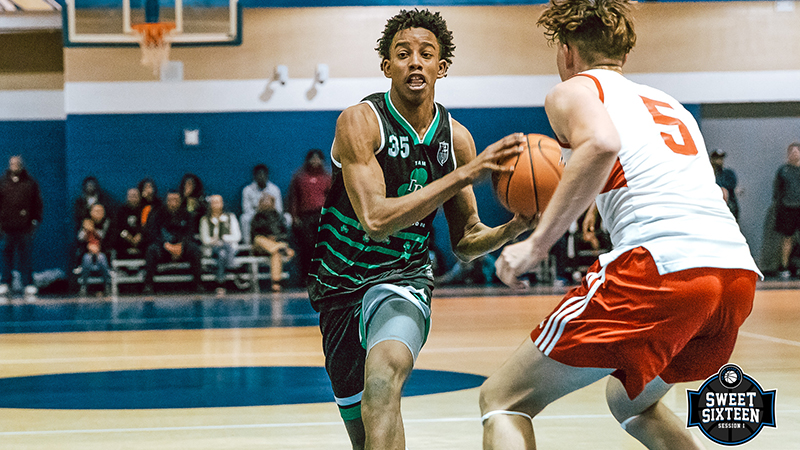 There are very prospects in the class of 2024 in the Southeast who have the tools that Reid has. He brings size, length, and ball skill to the court. He is the type of wing-forward who can swipe rebounds off the glass and lead the break all in one motion. We expect to see his face up skill become polished in years to come. As it stands currently, he is one of the more productive players each event.

Smith is a guard with strength and size who made an impact on the tournament’s opening night. There is not a lot of flash to Smith’s game, but there is plenty of production. He displayed great instincts for the game as a passer and a defender. When in the open court he can finish above the rim. In the half court he has the size to see over the defense and lead teammates to open shots. Smith may not have the glitz that so many modern guards try to show, but my bet is that Smith will be more productive in the end.