POWDER SPRINGS, Georgia, – This is the second installment of Sweet 16 standout performers from Jonathan Hemingway’s notebook. Players from all over the Southeast received the opportunity to show their skills in front of dozens of college coaches all weekend long. Below are names from the class of 2023 and 2024 that caught the attention of our evaluators.

Atwal caught fire early in the tournament with some 3-point shooting. The 6-foot-6 wing does a good job of finding open areas on the court and making himself available for reversal passes. He is also a threat to pull up in transition, which forces the defense to locate him quickly. Atwal is proving with consistent performances that he can be a go-to scorer or be a strong complement to a lead playmaker.

Another sharpshooter that made the notebook is Bural, a 6-3 guard from Middle Tennessee. He finished with five threes in a game that we sat on early in the tournament. He has a consistent release when spotting up around the arc. He is also quick to get his shot off, which ought to cause defenders concern anytime he crosses half court. The high academic prospect should gain the attention of programs across the Southeast in the upcoming year.

Brown made waves with our staff last weekend. He is a 6-3 lefty that possesses great athleticism. He darted into the lane and filled up the stat sheet every time for 1 Family Hoops. His body control in traffic is what impressed us the most in this setting. Not only can he accelerate past primary defenders, but he can contort his body to score at off angles and avoid player control fouls.

#OTRSweet16
Isaiah Brown (@IsaiahBrown73) has terrific upside to the next level.
The lefty is smooth getting down hill and sports a consistent follow through on his jumper. @1FamilyHoops 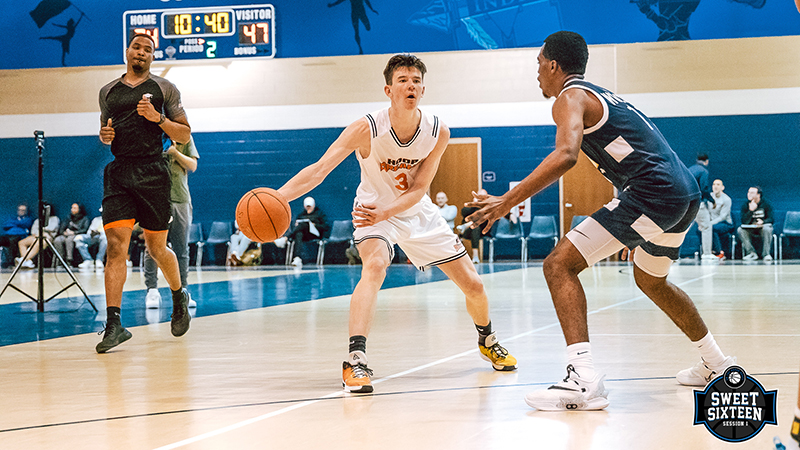 Doyle had a very solid showing this weekend with the Hoop Dreams. He created plays off the ball screen and provided a needed spark for his squad. He showed consistency on jumper beyond the arc while also having footwork to finish in the lane. His spin moves to evade attacking paint defenders is quite impressive.

Harris Jr. got on the board with an impressive outing on Saturday afternoon. He scored 17 points in a tight win over AE5 Rim Rockers on Saturday morning. He provided energy and a scoring punch that his team needed in that game. The left-hander is a play-making point guard that is poised for a big spring.

Harrison is a bouncy guard that showed an ability to score in traffic. He has a quick first step off the dribble. He is also a quick leaper who can snag offensive rebounds and score over flat footed defenders. The 6-2 guard also sports a nice release from beyond the arc. He projects to be a solid prospect coming out of the Middle Tennessee area.

James is a post player who has the tools of a modern frontline player. He is 6-8 and a threat to rebound and protect the paint defensively. He is also a mobile player who can run the court and finish on the move in transition. It is the range on his jumper which will make him of interest for college coaches in upcoming evaluations. He can space the floor on point guard penetration or act as a pick and pop option in the ball screen action.

#OTRSweet16
Matt James of the Wellington Wolves scored 14p in a win.

6-8 prospect brings what is needed to the next level.

Rolley is a brand-new name for our staff coming out of this event. We had not previously evaluated the Alabama native, but he took the opportunity to introduce himself with a big game on Saturday morning. He is a tough handler who is not afraid of pressure or contact. He scored 17 points in a variety of ways which included a few threes, some finishes in traffic, and getting to the foul line. Rolley may not be the biggest or strongest player on the court but has a Jared Harper-esque quality where he is not afraid to slay the giants. 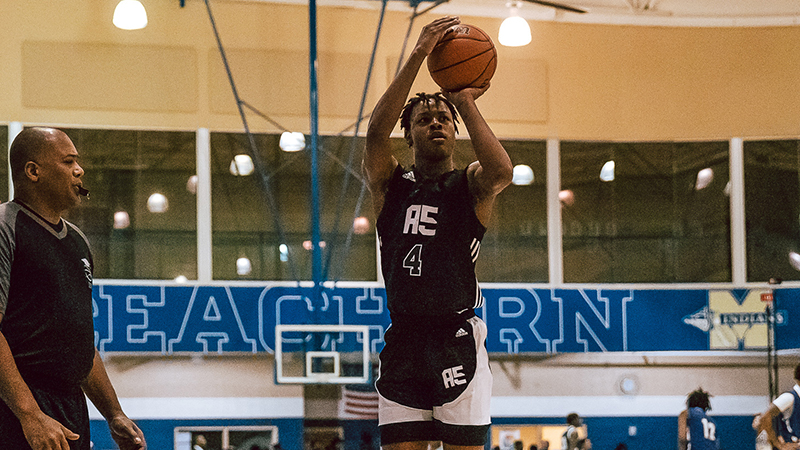 It is worth noting Smith for a second time in two weeks’ time here. Smith showed more offensive assertiveness with his new Rim Rocker squad this weekend. He seemed to be the focal point of the offense and initiating a lot of the action each time down the court. The 6-7 wing has range to the arc and the ability to attack the bucket downhill off the bounce. He finished with 20 points in a match-up versus Georgia Man Up.