POWDER SPRINGS, Georgia, – Per the usual with On the Radar Hoops events, it takes multiple recaps to cover all the talent. This recap might feature some of the biggest names from the event. Look and see which players could be competing in NCAA March Madness tournaments in years to come.

From a physical standpoint Alexis is readymade for the next level. He has huge hands and a powerful lower body. Those attributes alone will allow him to bang and contribute to a high major conference roster soon. He showed the ability to score with his back to the basket in traffic. Yet he is also able to play out of the high post or in the corner and be effective with straight line attacks to the bucket. 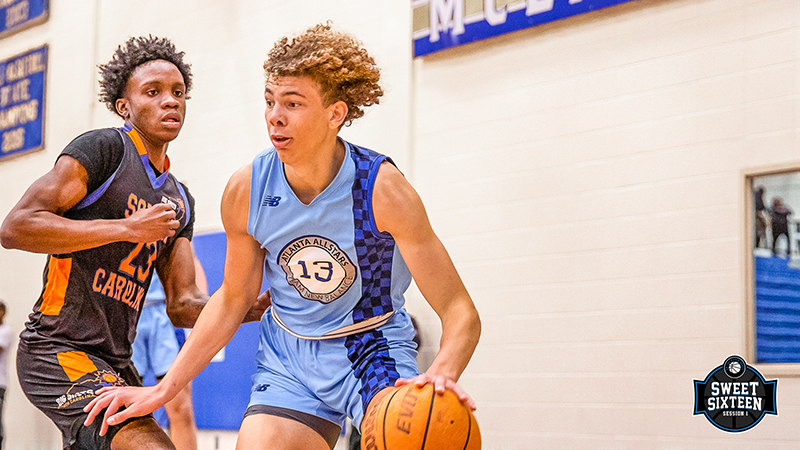 Elliott is another big man who made a big impact last weekend. He is a 6-foot-9 center who acts as a rim protector defensively. On the other end of the court, he pours in buckets with direct post feeds or by hitting threes on the ball reversal. He is a talented athlete he can run the court and finish on the move. Although slenderer than Alexis mentioned above, Elliott does have a frame that will fill out over time.

Frazier had a big Sunday afternoon in a win for his CSS Elite team. He scored double digits in a win. He was active in his team’s full court press and turned steals into points quickly. Frazier is a 6-4 swing forward who can lead the run and jump trap or win the scrap for loose balls and rebounds. Frazier projects to be a solid contributor at the collegiate level in future years.

Herman had a good Sunday afternoon scoring 15 points in a win for his Reed Fundamentals. He is a tough-minded point guard who is not afraid of contact. He mixed it up with strong drives to the lane and found himself drawing fouls and converting free throws. His mental toughness and physical strength are attributes that ought to be worth watching this spring and summer. 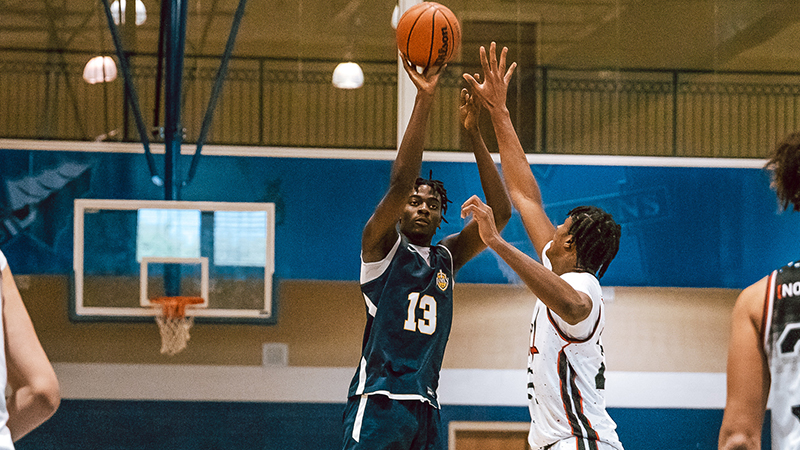 There is a strong argument for James as the most talented prospect at the Sweet 16 tournament. The 6-8 forward brings a blend of size, athleticism, and face-up skill. He complements his teammate, Sam Alexis, well in the hi-lo game. James is ready to stretch the floor with jumpers when his teammate gets double teamed. Yet he can act as a go-to scorer with aggressive drives and putbacks in the lane.

Marlow is another prosect who showed out for a talented All-Stars squad. Marlow brings value as a combo guard who can handle or attack the bucket as a scorer. Defensively he is the type of player who can guard multiple positions along the perimeter. Marlow fits well within the fabric of this team because he provides the versatility needed for success. 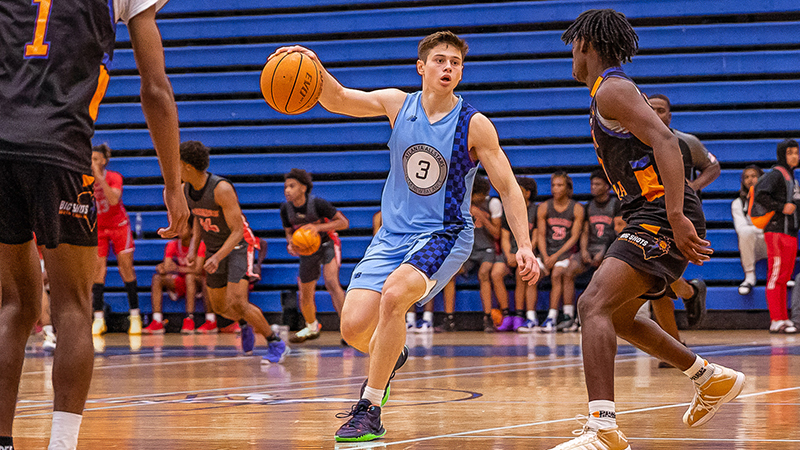 Rechsteiner is one of the purest point guards that we have evaluated in recent memory. He brings a confident handle and vocal leadership for his squad. The rising senior understands his role as a primary distributor. He gets his team into an offense each time down the court and delivers the ball to the right player at the right time. Although he looks to pass first, Rechsteiner proved that he could get a bucket when necessary. He led the break and attacked the rim when the defense did not aggressively stop him in space. We expect to see the Etowah native garner plenty of recruiting attention this summer.

Taylor is another talented point guard who puts the success of the team above his individual stats. We noticed his willingness to give the ball up to cutting teammates even when he could have looked for his shot in traffic. On the defensive end Taylor causes havoc for opposing ball handlers. He sits into a stance and ball handlers have a difficult time getting a step on the 6-2 athlete. There is plenty of potential and promise left to realize for the Westlake graduate.