After a successful campaign on the EYBL circuit with The Family, Michigan State commit Miles Bridges is ready to lead Huntington Prep in his senior year. Photo cred – Jon Lopez / Nike

High School Basketball is here! Our #OTRHoopsReport staff will crisscross the nation once again this year evaluating the top talent in the nation. At the same time our staff serves on the Naismith Trophy Board of Selectors for the National Player of the Year. Expect an official watch-list of prospects to be released from the Naismith Board in the next few weeks. In the meantime, here is a sneak peak of five names that you could find on that list.

Coach Arkell Bruce will look to the 6-foot-6 wing for leadership and play-making this year. It should not be a problem for Bridges as he enters his senior year as a seasoned veteran at Huntington Prep. Bridges is committed to Michigan State and is one of the nation’s premier wing scorers. 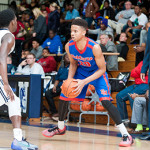 Fultz ascension to becoming one of the top guards nationally began last January at the Hoop Hall Classic. He earned MVP honors and never looked back. He gave his verbal commitment to coach Lorenzo Romar at the University of Washington a few months ago. Fultz is fully primed to lead coach Mike Jones’ group at DeMatha while playing one of the toughest national schedules. 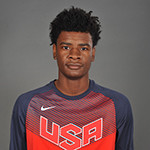 Jackson is considered by some as the top prospect nationally. A 6-7 guard who can play any of the back court positions, he is a dynamic scorer with elite athleticism. There a few players that match his ability to knock down jumpers from 25 feet while also being able to finish above the rim.

Monk is arguably the top combo guard in the country. Currently uncommitted, he has a 21st century lead guard game that allows him to make plays and facilitate as well as anyone in the country. Expect the 6-4 guard to have a big season while playing for Bentonville.

The Duke commit has been a steady performer on the EYBL circuit and at USA Basketball events. The 6-8 small forward is a versatile presence on the court who can put up numbers in a variety of ways. He led Chaminade in scoring this year and expect another big season from him this year.