The Chick-Fil-A Classic showcased some of the top teams around the country.

Columbia, SC., – The Chick-Fil-A Classic provided an exciting atmosphere for teams to compete against elite competition. With over 2,000 local fans on hand to watch the games, the tournament blends a traditional basketball fan base with dozens of ELITE ranked players. Here is a close look back on some players who elevated themselves above the others on the third day.

One of the more talented underclassmen on the east coast, Mack did not disappoint against Liberty County Thursday afternoon. This recent Virginia Tech commit finished with 15 points 11 rebounds on 6-of-9 shooting. He does a good job of using his body to establish prime position in the paint for scoring. Once he gets the ball he can score with a variety of moves on the low block. He also showed the ability to make jump shots from the high post or short corner. 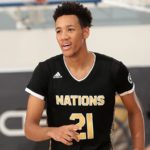 Our staff was impressed with Preston’s IQ and understanding of the game. He was effective on the low block using angles to finish in the post. This pick ‘n pop power forward showed that he could connect on jumpers from the high post as well as score with either hand on the low block. On defense, Preston puts forth good effort to move his feet to deny the ball inside and works to push his man out of the lane to prevent deep post up position

At 6-foot-3 he has good guard skills and possesses tremendous savvy at both ends. He is a very good athlete and has a solid first step to the basket. He can finish amongst the “bigs” at a consistent rate due to his bounce and strength. Williams was effective attacking the basket and connecting on the mid-range jumper. He also displayed the ability to make the open shot given time. Williams attracted the attention of several programs in attendance. 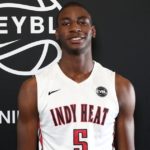 This Michigan State signee made an instant impact each time he stepped on the floor. Jackson will shoot jumpers and can make a living finishing in transition as a trailer as well as in pick-and-pop sets. He has range that extends out to the 3-point line and was equally effective scoring with his back to the basket. Jackson blocks/changes shots at a high rate and did a good job of rebounding in and outside of his area.

Junior guard Will Richardson of Liberty County (GA) picked up an offer from Middle Tennessee State. Clemson and Wake Forest were in attendance as well to watch Richardson

5-Star wing Christian Brown picked up an offer from VCU in front of the likes of Head Coaches from North Carolina, South Carolina, and Clemson