MARIETTA, Georgia, – The last NCAA open period came to end last weekend. Prospects earned scholarships while playing in front of hundreds of college coaches. Here is our last look at standouts from the Power 24.

Class of 2023 wing Grant Chamberlain acts as a go-to scorer for Loyalty United. He has the all-around skill set to score the ball consistently. He sports a confident stroke from deep range. The 6-foot-6 prospect also has the ball skill to be able to get points off the dribble in the halfcourt. Given his skill set and athleticism, Chamberlain projects to be a next level contributor.

'23 Grant Chamberlain @Grant_2023 is a hidden gem for Loyalty United. He's a 6'6 stretch forward with ability to handle the ball as well. Has hit 3 threes this half. @LoyaltyUnited_ 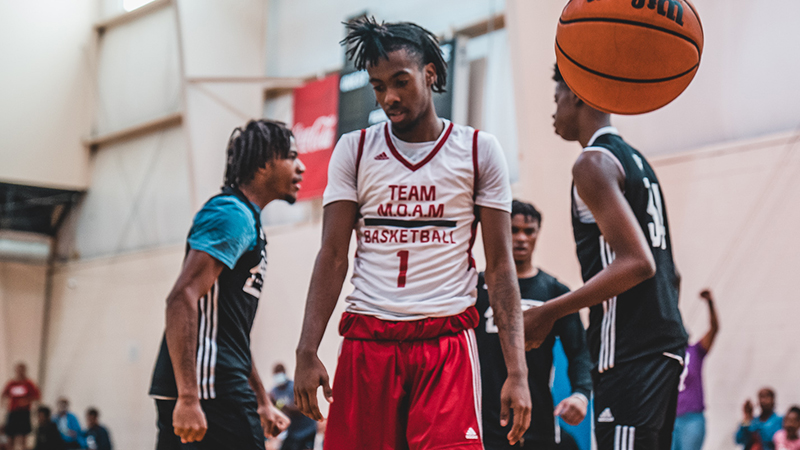 Point guard Jahmeir Henderson made waves with Team MOAM last weekend. The high point of his weekend came with a 27-point outing where he had his full skill package on display. Henderson stands 6-3 and brings terrific athleticism to the floor. He has a great first step to create separation on the perimeter. Henderson also has springs to lift off the floor to finish or snatch rebounds in traffic. He is a 2023 prospect who earned an offer from Virginia University at Lynchburg this week. 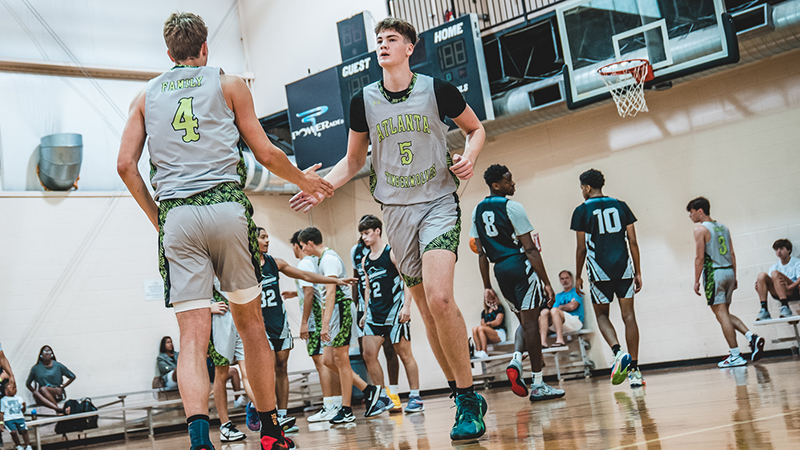 The big-man position is not quite dead at the grassroots level. There are still a handful of quality prospects that will anchor the paint. Class of 2023 center Domas Kauzonas is one of those interior players that college coaches should be eying. He had his skills on display with the Atlanta Timberwolves. The 6-10 prospect showed off a sweeping jump-hook in traffic. Kauzonas will show off face-up skills within the flow of the offense. He can connect on jumpers with his feet set. And impressively, he can attack the basket with the dribble when a defender closes out off balance.

Forward Adonai Mussie showed a wealth of promise with his play at the Power 24. The 6-8 All Georgia Elite product brings a diversity of skill to the court. He is adept at blocking shots and snagging rebounds around the rim. On the offensive end, Mussie is comfortable in the trail spot where he can hit the reversal 3-pointer in transition. Given his blend of size and skill, Mussie should be a must-watch 2024 prospect this winter with Parkview High School.

‘24 Adonai Mussie has it rolling right now for All Georgia Elite.
6-8 forward knocking down 3s in the trailer spot while anchoring the defense with rebounding. @Ad0nai_M @AllGeorgiaElite 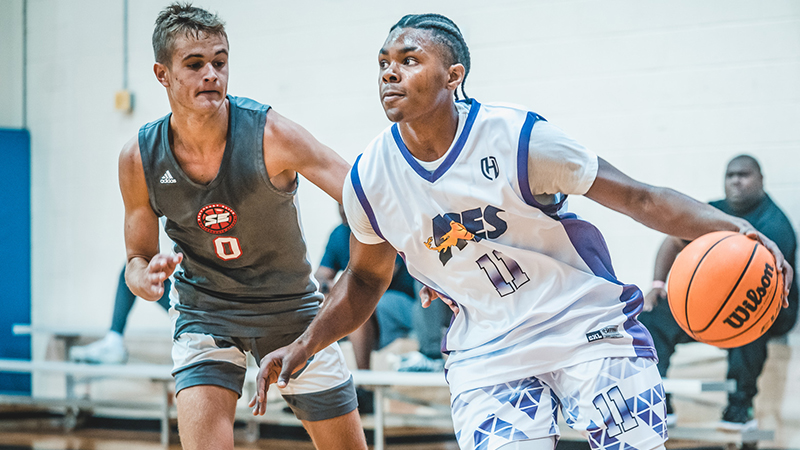 Class of 2023 point guard Randall Pettus has been on a tear with the Charlotte Aces this summer. The 6-2 lead guard is terrific as a playmaker and a scorer in the half court. There is always a need for guards who can create their own shot when the defense is set. Pettus has a natural nose for scoring the ball. He can hit long-range jumpers, pull-up jumpers in the lane, and will get to the free throw line by drawing contact. He should be on the radar of in-state college coaches if not all coaches in the Southeast who are looking for scoring minded lead guard.

The Blue Collar Basketball 17U team has a fun back court to watch. They will never be the tallest or the most athletic, but it is hard to match their skill and chemistry. Class of 2023 combo guard Jackson Sousa is a big part of their success. The 5-9 prospect plays the game with energy and pace. He has a quick release on his jumper that allows him to fire after moving off screens around the arc. His passing ability should also be noted here. He threads the needle to cutting teammates within the offense. Sousa helps his team form a strong fabric of connectedness.

'23 Jackson Sousa @Jsousa_223 is a gamer. He gets to the rim with his speed off closeouts. Also is a knockdown catch & shoot threat from deep. @BCBBall_ 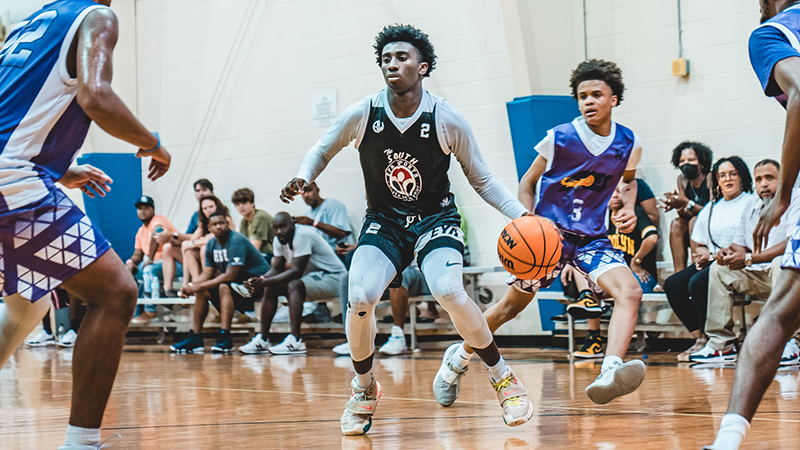 Mitchell Taylor has been a consistent performer all spring and summer. However, his play seemed to go up another level with EYA Sports last weekend. The class of 2023 point guard is strong, quick, and athletic. His dribble moves leave defenders off balance, and he has found consistent touch on his pull-up jumper. He found his place as a lead handler and distributor for this team. However, Taylor is still more than capable of getting his shot when needed. 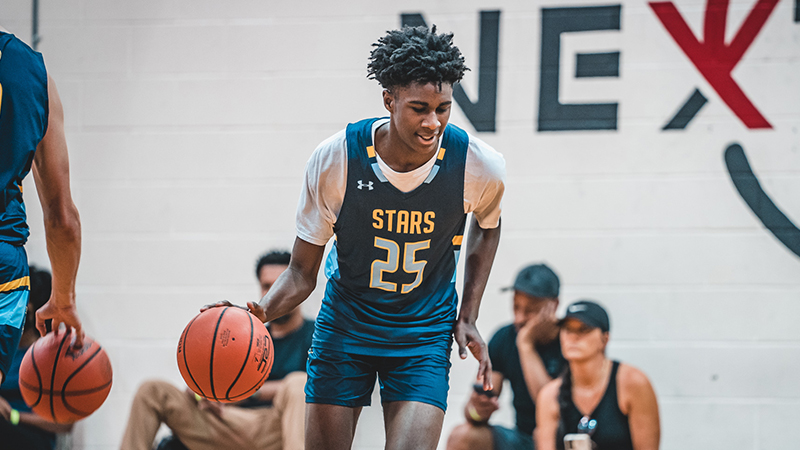 Class of 2023 forward DaRon Waller is our pick for a prospect on the rise with the 2023 Stars Basketball Club. The 6-5 forward is just scratching the surface of his potential. The lefty specializes at defending multiple spots on the court and collecting rebounds in the paint. On the offensive end he uses his body well to score in traffic. He showed some range on his jumper, which is a positive sign as the Murfreesboro native grows and matures. Expect Waller to have a big season this winter with Riverdale High School. 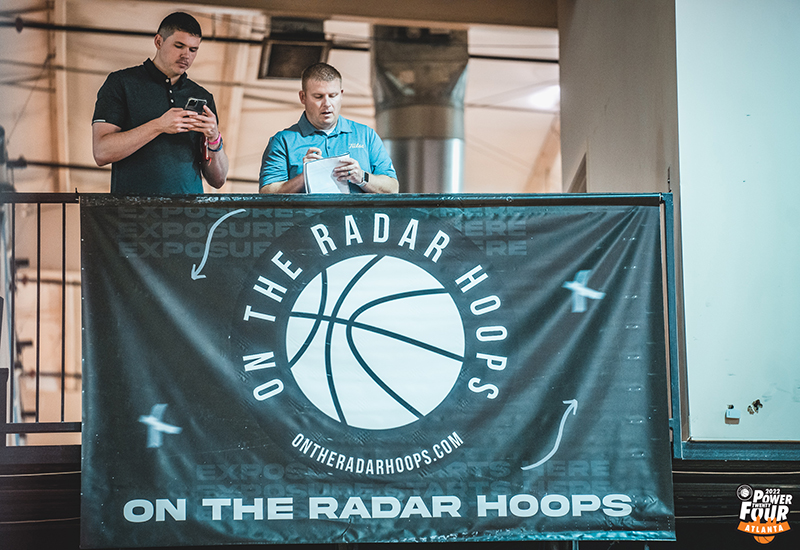