MARIETTA, Georgia, – A few hundred teams from across the Southeast lined up to compete against the best at the OTR Power 24. College coaches from across the country filed in to watch the action. Here is a list of players that caught our eye from the last two days of the tournament.

Class of 2023 Sean Cusano is reaping the rewards of his hard work this summer. He picked up three offers in the days following the end of the event from USC Upstate, Chattanooga, and Emory & Henry. The 6-foot-7 forward with the ATL Timberwolves is a shooting specialist from 3-point range. He gets the ball out quickly with a high shooting pocket. Combined with his solid stature, Cusano is a surefire next level prospect.

‘23 Sean Cusano is lighting it up early for the ATL Timberwolves.
6-7 F is a stock riser this summer with his range & quick release.@ATLTIMBERWOLVES @CU5ANO 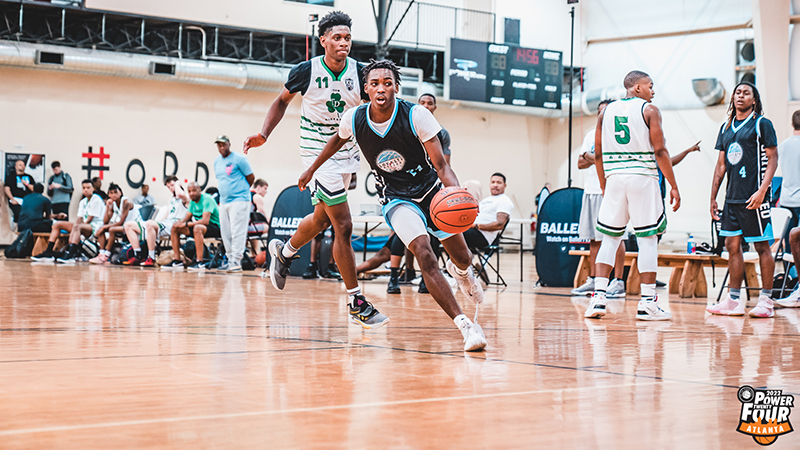 Point guard Jalen DeBose with Loyalty United was a new name from the event. The class of 2023 prospect impressed with his quickness and passing ability. The athletic lead guard was quick to dish to teammates in transition while also showing he can hit the reversal 3-pointer in the half court offense. DeBose ought to earn extra attention with his defensive acumen. He can jump the passing lanes and turn a defensive possession into points on the other end.

Denaj Kimber had an outstanding weekend with EAB Tennessee. The class of 2024 guard impressed us with his shooting range and playmaking off the dribble. He proved to be deadly with his pull-up jumper after defenders ran him off the line on closeouts. He uses a quick first step to turn the corner and put pressure on the defense. He does much the same in transition where he makes good things happen in space. He is poised for an outstanding year with Fulton High School in Knoxville.

The state of Tennessee was well represented this time with Jarred Hall from Lebanon High School. His play with EAB Tennessee was once again top notch. The class of 2023 wing brings exceptional size and skill to floor. Hall is a 6-8 versatile prospect who can make plays on the break or be the fulcrum of the offense in the half-court. Within the past 24 hours, Hall picked up an offer from Richmond University. 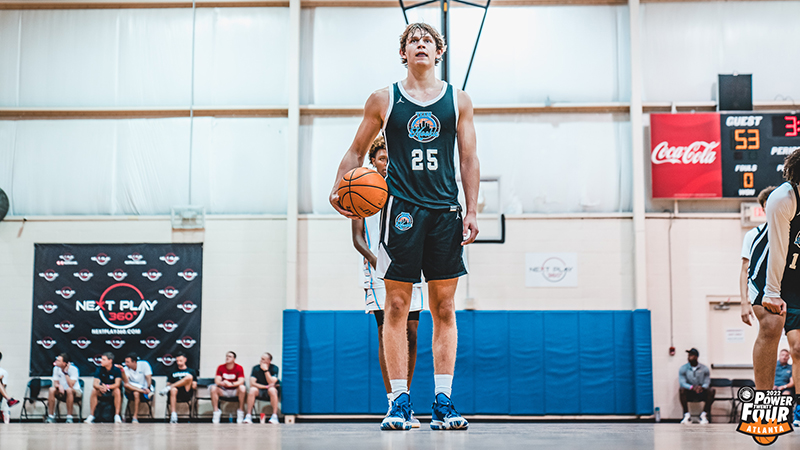 One of the most complete 2024 wings in the building last weekend was Cole McCormick with Team Mookie Betts. He is a 6-5 wing that can shoot the cover off the ball. However, he his game is not one dimensional. He proved he can affect the game in several ways including by scoring the ball off the bounce. His size and mobility make him a tough cover for many perimeter players. He uses his size to snatch rebounds and defend as well. His stock is on the rise in Hixson, Tennessee.

Cordarious Sledge had a huge weekend averaging more than 20 points a game while playing with the Memphis Magic. The class of 2023 wing is a well-built athlete standing at 6-foot-6 tall. In a match-up versus the Atlanta All Stars, he showed his range nailing multiple jumpers from beyond the arc. He is a rare prospect in that he blends elite size and athleticism with shooting touch. This combination of skills and natural ability projects well to the next level.

Do not sleep on Jaylen Smith with 1 Family. The class of 2023 point guard is a difference maker in the back court. He can light it up from downtown with his shooting stroke. As we saw in match-up versus the Atlanta Timberwolves, he hit 3-pointers behind ball screens and off reversal passes from the corner. The left-hander is also a superb athlete. He showed terrific springs to finish alley-oop dunks in transition. He picked up an offer from Mount St. Mary following the Power 24.

Point guard Jadon Yeh with Blue Collar Basketball is a fun kid to watch. The class of 2023 prospect handles the ball with confidence and uses his body well in traffic. He demonstrated on Sunday afternoon he can compete with defenders that might be bigger, stronger, and still come away as the victor. His footwork and dribble moves allowed him to shake on ball defenders on the perimeter. Look for Yeh to earn attention this winter with White County High School.

Alabama Huntsville has the whole staff court side this morning for BCB's '23 Jadon Yeh @JadonYeh vs Hoop ATL.

Poised PG with size has shown why he's a priority all weekend. Facilitates, scores, defends, & finishes at the rim at 6'1. @BCBBall_