MARIETTA, GA – The first Live Period went off with a tremendous bang, as over 250 teams at 8 venues converged on the ATL-Metro for the first of four marquee weekends on the Southeast’s premier travel circuit.

We had scouts spread out over multiple sites doing their best to capture as much of the top talent on hand as possible. I wanted to see bits of all 3 HS-age groups, so I started Friday evening at Marietta Middle school to dip into some of the 15U talent that will be making waves in years to come.

Part 2 of 2 on some standouts: 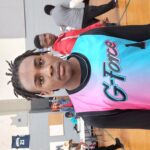 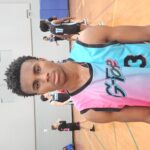 A pair of Calvary Christian (FL) guys as I’ve seen several Calvary guards since last fall and the program is impressive, Sparrow had a great blow-by and showed a lot of polish in his game for a young guy, he was effective in the mid-range and was patient, Gibson was a bit more physical and he has a sturdier build at this stage which he used to draw and play through contact, both played with the typical downhill and confident action you see in young guards these days. 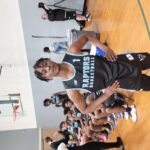 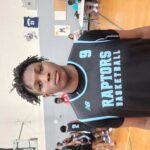 Bush may not have put up big numbers but looking deeper at the St. Anne-Pacelli (GA) product there was a lot there to like going forward, there’s a skill level there to build on both with the handle and poise and the excellent defensive positioning and hands, Caleb Pitts at 6-5 with a big burly frame was more nimble than he appeared as he did a nice job on the catch in close and was active off the deck working for boards at both ends. 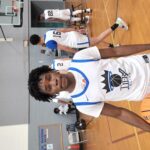 Bing (pictured at top) out of Pace Academy was perhaps the most intriguing 2025 I saw all night, he was multi-positional and worked his tail off both facing the basket and working hard in closer, he had shades of a young Josh Reed with his ability and confidence to take over a possession although you want to be cautious with a comparison to a Cinncinnati-bound stud like Reed, Collins out of Hillgrove fits Coach Greg Moultrie to a T with his high energy play at both ends and superb athleticism, he handled the rock a bit, was really sound on D, pushed pace well and when he got near the basket it was smooth as a finisher, Tier2 had more guys if interest and I’ll be swinging by a workout of their in May.