POWDER SPRINGS, GA – Spent portions of both Saturday and Sunday at McEachern’s 5 courts during Sweet 16 Session 2, here are some quick hitters on guys who were hard to miss: 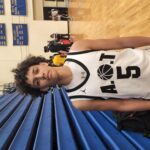 Rashard Doyal >> The AOT and TD Prep 2023 guard was really impressive playing alongside Buford star Malachi Brown, quick out in space and smooth as silk in the mid-range with a J that can definitely travel, comfortable at either guard spot this is a name to know. 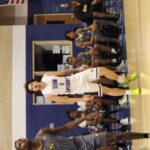 Jevin Muniz >> Team Speights out of FL has a gem in 2023 Nunez who was terrific in particular taking the shot given him and not barreling his way into bodies aimlessly, great size for the next level at a solid 6-4, among the best overall shooters I saw all weekend. 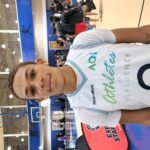 Remi Dieujuste >> AOI had its second straight excellent performance with OTR after shining down in Daytona at The Florida Opening, along with the likes of Joshua Williams and Jacoby Parson, 2023 Dieujuste was a star presence as he blew past guys with great speed up the floor and at the basket and has the full package in a 2-guard prospect. 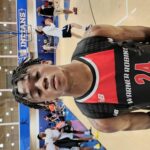 Malik Gillespie >> Just a 2026, he played up all weekend with Warner Robins All-Stars 17U team and was pretty darn impressive for an 8th-grader, speed with the ball was already high school level but it was the patience on the attack and ability to get at the rim with confidence which makes this a must-see guard in his class out of Middle GA. 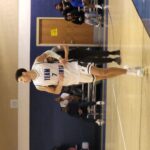 Alexander Garcia >> Another Team Speights standout Garcia has awesome size for the wing around 6-7 and a multi-level package that was noticeable, good stroke from distance and pretty good quickness facing up gives the 2023 some positional versatility as college begin thinking of where to slot him.

Will Moore (pictured at top) >> Beginning to rack up the D1 offers as most of us expected would happen this spring as he continues his star turn playing up as a 2024 for a really good ATL T-Wolves White 17U squad, now near 6-5 with the explosive lift and a jumper that is fundamentally pretty and highly efficient the excitement for this West Forsyth brewing star is palpable every time out. 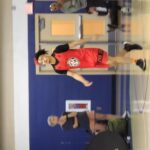 Avante Nichols >> My first look of the season at EYA Sports 17U and it was an impressive crew on the whole, Nichols stood out for more than just the flashy hairstyle as the McDonough 2023 G/F has excellent versatility and strength that can help as backcourt force at the 2 or a powerfully quick 3-man, the grit and hustle associated with WarHawks is evident every possession. 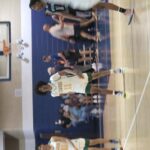 Khirus Doucet >> One of my favorite guards in the class and I often base that on how much I’d love to coach them, the 2023 lead guard at 6-4 has size, quickness and most importantly terrific lead guard instincts that seem to separate him when I watch the GA Canes and Chapel Hill standout play, his skillset screams college player who’ll have a productive career wherever he goes. 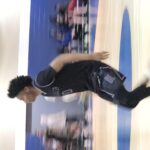 Christian Burnett >> Racking up the praise has “Ice” since back in early March with GA Man Up, his play is so steady and consistently solid that you come to expect numbers being posted across the scoresheet each time out, he can be a bunches scorer for you or go pass-first and affect the game as a distributor and sound defender, Baldwin-product is a real sleeper top guy in the 2023 class. 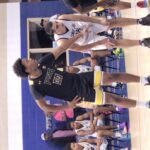 Amir Boyce >> The measurables are so attractive at 6-8 with a great mind to go with them, the PSB-Atlanta and WD Mohammed 2023 forward has begun to show off the deep shooting that expands his recruitment to the next level, he’s swift enough in close to do lots of damage there and is a superb rim-protector as well, warrants a close look. 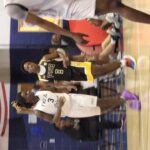 Haaziq Loftin, Jr >> His one on one duel with another dynamic, diminutive guard in PSB-Atlanta’s Zyere Edwards (pictured with Loftin) was one of the Sunday highlights for me as the two speedsters went at each other and seriously guarded the ball for most of the game, Team Speights Alabama has like AOI played really well with us going back to Daytona Beach and 2023 Loftin has the full PG package in that oft labeled under-6 foot category but makes a ton of sense for a look with all he does so well. 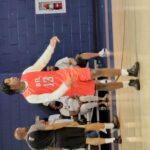 Caleb Taylor >> Flat out has a scorer’s mentality and hanging around that 6-1 level can hurt you in a lot of ways with Atlanta Select Prime 17U, like all Lithonia guys is tough as nails and has no backdown sometimes going on a 6 or 8 pt run where the other team doesn’t know what hit them, bears watching with fellow Select Prime and 2023 Lithonia teammates Chase Lawrence and Josh Daniels for what should be another sneaky 20-win group over there nestled between Stone Mountain and I-20.