POWDER SPRINGS, Georgia – With so much talent showing out at the Power 24 Tournament, it required me to add a third installment of standouts to OntheRadarHoops.com. As is the case every year, the Southeast is loaded with talent. This recap highlights players from Georgia, Alabama, and Florida. Read below.

There were few players who brough the intensity on both ends of the court like Hill did last weekend. His hyper-aggressiveness led him to get buckets and force errors from opposing ball handlers. We did not get an official size for Hill, but he looks to be in the 6-foot-2 to 6-3 range with a frame that is ready to put on college weight room strength. He is a lead guard that uses the ball screen well to create shots for himself and others and displayed a unique vision when setting up his teammates around the rim. Look for the rising senior to have plenty of recruiting attention this fall.

Placer lit up the scoreboard with 17 points in a win over the AOT Rebels on Saturday afternoon. The left-handed guard showed instinct and touch when attacking the paint. He plays the game with pace, feel and is quick to dish the ball to open teammates. Placer is one of those type of guards that can be effective as a lead guard or when playing on the wing, which is a huge advantage when coaches are looking to construct rosters.

Lovette took full advantage of the stage that was set for him on Sunday afternoon. He scored 21 points in a win over Hoop Dreams, which included four 3-pointers. The 6-4 guard does a good job of letting the game come to him and not forcing the action. His versatility of skill set makes him a tough match-up, because defenders cannot afford to protect the paint or guard the arc too closely against him. The recruiting buzz around Lovette is quiet at this moment. College coaches should take note and take advantage of an inefficiency in the recruiting market.

Mosengo topped my list of prospects with the biggest ceiling to the next level. He is a 6-9 forward with footwork like a wing. He showed the ability to post up and pivot away from the double team and hit a fadeaway in a tough moment. He is far from realizing his ceiling. As he polishes his skill set and becomes more efficient in hunting shots, we should see Mosengo’s stock rise.

Thompson is a lanky, long-armed guard with a budding skill set. He poured in 16 points in a Sunday morning game at McEachern High School. His instincts and body control are attributes that we believe will make him a prospect that gains plenty of attention in upcoming years. 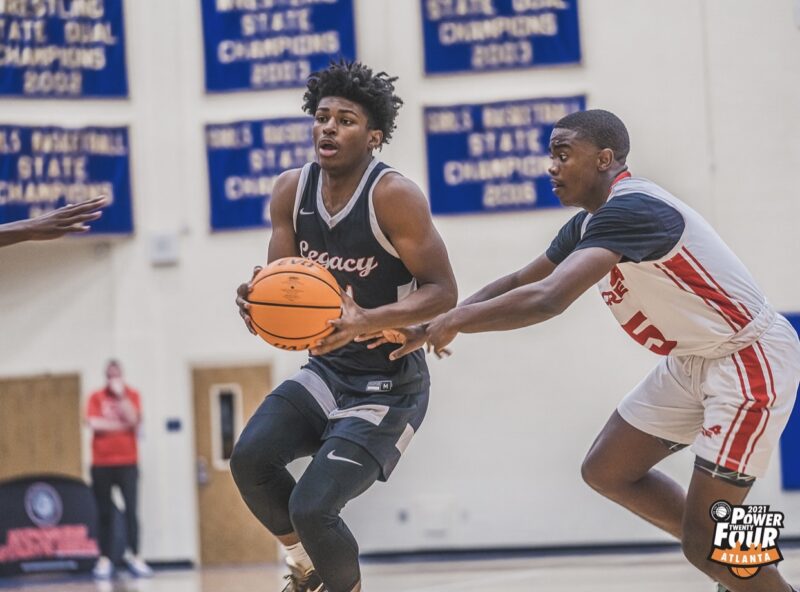 Young finished a stellar month of July by scoring 13 points in a win over New World on Sunday morning. His ability to control the tempo for his team and find scoring opportunities for himself and others has become his calling card on the summer circuit. Young proved that he is more than just a guard looking for his numbers. He is quick to stick his nose into the fray for hustle plays and grab loose balls. He displayed toughness and looks to make the winning play even if it does not look pretty. He has picked up offers from Mercer, North Carolina A&T, Southern University and IUPUI this month. 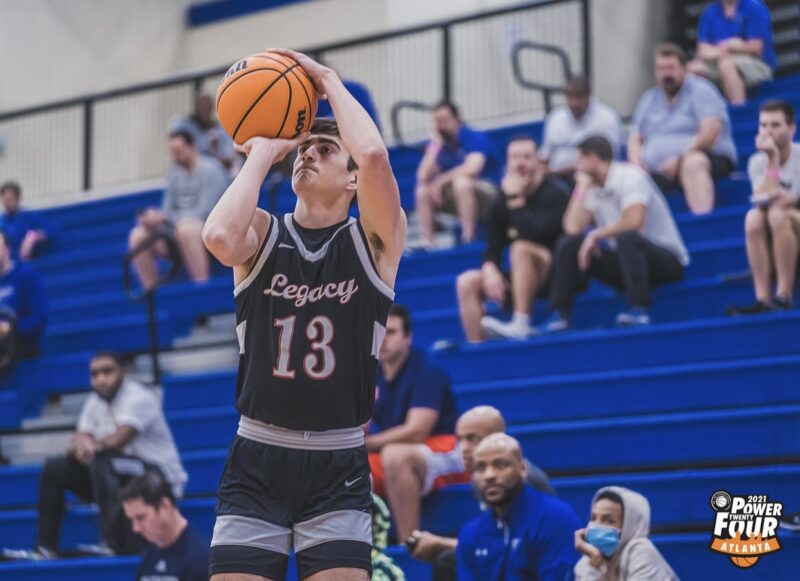 Our staff has the feeling that Wolle is just getting started. The 6-3 wing has a sweet shooting stroke from beyond the arc. Yet he showed the savvy to create space and get a shot off the dribble in this evaluation opportunity. His use of ball fakes and footwork are what separate him from other guards who circle the arc simply looking for catch and shoot opportunities. As the recruiting landscape clears up this fall, we expect to see interest in this guard to increase significantly.