MARIETTA, GA – Another July Live Period event for OTR, another jaunt around the ATL-Metro for me, as once again with another terrific field of Southeast travel programs on hand I took my act to multiple locations to get a good flavor.

The coaching turnout was once again elite, as there just isn’t a platform in the Southeast region that combines the highest level of competition together with the highest number of coaches in attendance.

Far from an unknown commodity coming in particularly off a spring and summer with the All-Stars that has drawn consistent raves, catching him in spurts at Next Play 360 he was truly the dynamic force he has projected to be for some time now and took on the #Power24 “A” Pool competition with a fervor and motor that seemingly has found its true fuel in the All-Stars program, such an innate talent the requisite D1 (Winthrop, Chattanooga and Robert Morris among recent offers) attention for his high level of play is ratcheting up and if he can keep that rolling into next winter with an Alexander team again packed with studs he could be the force that carries them deep into the 6A playoffs. 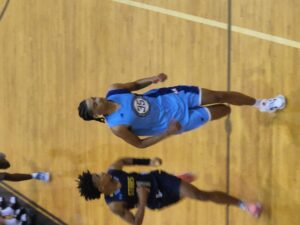 The Sarasota FL product was among the better college-ready players I saw below 17U with some work still to be done for sure but a burgeoning skillset that was truly multi-level dangerous and filled with exciting potential, against one of the many excellent Stars Nashville teams on hand he put on a show with deep 3’s, high-flying work at the rim, and some really advanced mid-range variety that alone would have been impressive, one to track from Florida for sure.

There just wasn't a whole lot offensively @teamhunchobball and Sarasota FL product Matthew Able didn't show in a 16U OT win over a solid @StarsNash_MBB bunch, there wasn't a range including right at the cup out to 23 ft where he didn't show off a seriously enticing array pic.twitter.com/Li34Ztpf15

Another 16U jack of all trades was Trinity Christian’s Almonte, became a fan of his obvious positional versatility last regular season when he had some nice moments when I caught him, a true multi-threat guy at both the guard and small forward spot at near 6-5 he can face you up as both a scorer and a facilitator out front or get into the mix inside as a turn and face guy or on the O-boards with enthusiasm, sleeper stuff on the South side of Atlanta but not for much longer. 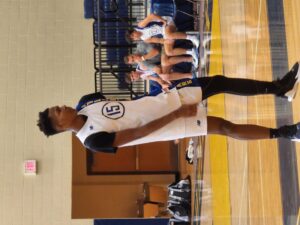 His ability to flat-out shoot the rock had several coaches tapping me on the shoulder about Williams at #Power24, will really be part of the featured mix at Collins Hill even with Keishawn Hampton coming in from Meadowcrrek and Amare Banks and Kai McCarthur back all populating an interesting backcourt mix, he can play the point for you with a level of composure that is notable but projects as a 2 because not getting him into positions to get off a sweet jumper seems a waste of material.

@championschance 17U has an interesting roster, some agile bigs surrounding some sound guards, a pair of knockdown shooters in Jayden Williams of @collinshillhoop and Luke Strickland from @parkview_hoops keep defenses honest with high % strokes pic.twitter.com/4nMZYXe1BC

Fellow 2023 Jeremiah Taylor grabs a bunch of well-deserved attention for his skills but in finally catching a Stunners program I had been hoping to see all spring it got me a closer look at Harris, like the legit size at 6-2 with some length and a nose for making the right play, can shoot it out to range as well as play some point for you, reminds me some of former Wheeler standout Kyle Burns and while he does not project as a Radford-level player like Burns he certainly has solid next-level credentials.

Been chasing the @GaStunners 17U for 3 months and finally catch them at #Power24, the trademark grit is there as we've come to expect, a pair of @SPHSbball guards, Randy Harris, supplying size at the 2, and Sean Lynch, supplying grit at the 1, headline a good-looking group pic.twitter.com/lBMKhfnF5u

Dropped 41 on a Dixon Spain Elite team that was the highlight of the weekend for me coming over from Barcelona and entertaining the Kell gym all day Saturday, his head-to-head in that one with Dixon’s Pepe Isus (34 pts of his own) was as fun as it gets on the AAU level in a mano a mano matchup as Nelson and his mates simply “out-athleticized” the spunky Europeans, Nelson has been a steady scorer and contributor both with Rome HS and Rome Elite for 2 years now and is worth the drive up to Northwest GA to see how he can surely impact a next-level program in the backcourt.

41pts including 7 in OT for 2023 @romeelite_bball guard Jayquan Nelson in an electric performance against a really talented Dixon Spain Elite Gold team from overseas, a great battle of European flair and precision vs Georgia athletes, and Nelson and Co were too much to handle pic.twitter.com/HvYqKsovqX

Set to go with Coach Spivey and the Black Knights the former Walnut Grove and Wheeler up-and-comer had a good weekend with Club Orange, speed and creativity with the ball are hallmarks as much like fellow lefty and recent Club Orange standout Jaquez Thornton (off to JUCO program Western Texas College to play) he can really push pace and be dangerous in space, bunches scoring should benefit him and the rest of a CGHS team that welcomes in 2026 riser Malik Rideout and transfers Michael Pace and John Mark Avitabile as well.

Emerging from a limbo of sorts, Amir Green-Jones (left) has surfaced with Loganville-based Club Orange 17U and is looking sharp as a lead guard teaming in a 4-headed backcourt that features 2025 riser Marcus Smith (right) and steady 2023s Nick Tyre and John Mark Avitabile pic.twitter.com/AvdVITjoup

Habersham Central’s Bryce Pittman has been the stud star of this group with a ton of consistency and has seen the attention from evaluators that comes with it, Reese Gelsthorpe who I’ve dubbed “The Apartment Microwave” of George Walton Academy has been equally hard to miss as despite his under 6-foot status frankly screams to me a player that can play at the next level with his lights-out shooting and tremendous on-court awareness, but among all that I can’t ignore the impression Gaines has made on me as I’ve followed this HoopAtlanta group, so sound and so filled with a quiet fire and intensity it comes out in all facets, add to that a real ability to sniff out good opportunities for himself and others you have a guard that if he doesn’t make enough hay with North Hall this winter he’ll be one to jump on next spring as a quality unsigned available guy. 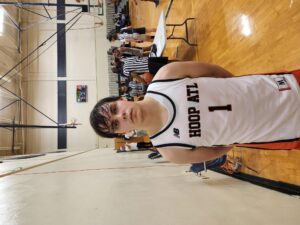