Gatlinburg, TN– The inaugural trip to Gatlinburg, Tennessee brought out some of the better teams from the region. Some teams came in from the West Coast looking to get it in at the Rocky Top Invitational.

This weekend’s talent had solid matchups and star power. There were players who made it a point to make their name be known based on their performance.

Here are some names who took it upon themselves to be known: 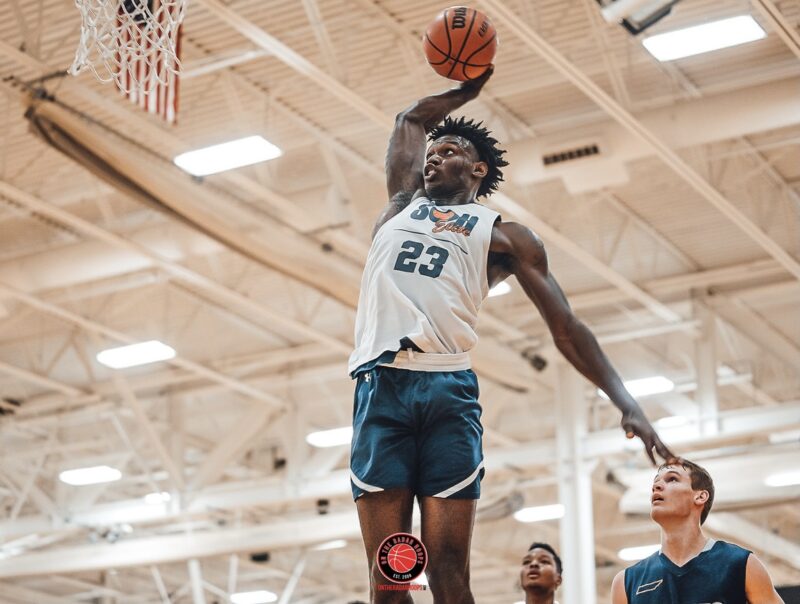 Dylan Canoville (2022) took advantage of the opportunity to make the biggest wave inn the spring, the 6-foot-6 player displayed his athleticism. He lived above the rim for jaw dropping dunks, while also putting a number of players on highlight reels. At one point he had more dunks by himself than the opponent they played. Canoville plays hard and can affect the game on either end of the court. Look for him to continue to gain some traction on the recruiting trails as college coaches are allowed to see him in person.

Jazien Gortman (2022) can just flat out go. Period! There was a moment against Strive For Greatness where he was the best player on the floor. There was not much he could not on the court against whomever was guarding him. He was the show against Strive For Greatness. The highlights will be played on repeat due to Gortman’s athletic players, shot making ability and sheer control of the games tempo. He is a straight hunter on the floor among other solid players.

Kristian Shaw (2022) is a legitimate basketball player. At 6-foot-6, he comes with a strap. He shots the ball extremely well and consistently. His length allows him to shoot over opponents. Shaw is also a solid defender who can lock up anywhere on the floor. Good summer ahead for this Tennessee native.

Josh Reed (2022) continues to have his foot on the gas pedal this Spring. He does not look like he has any intention of letting up. The Pace Academy product had some of the biggest performances of the weekend. He put up 30-points against a quality Ohio C2K Elite UAA program through sheet strength and shot making from anywhere on the floor. He was always making the correct basketball play, regardless of who was guarding him or where he was on the floor. On the weekend, the 6-foot-7 forward averaged nearly 23 points a game. Reed is nothing to play with right now because he is on a mission. Get ready to compete when he steps on the floor with AC Georgia.

Jaylen Martin (2022) is starting to fit in just nicely with the Nightrydas. The 6-foot-6 wing has shown the ability to score the ball at ease and will throughout the entire weekend. His skillset is something a college coach would like to have in their program. 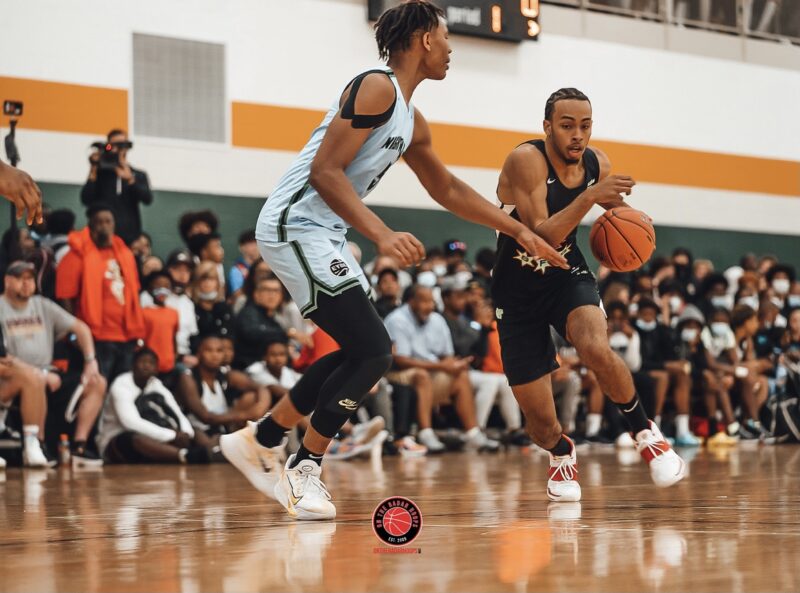 Amari Bailey (2022) showed why many regard him as one of the more highly-touted college prospects in the country. The smooth lefty runs a team really smooth and under control. He makes shots from all angles on the floor.

Joshua Fulmore (2022) had a solid shooting by averaging double figures throughout the weekend. He used his athleticism and poise to make easy baskets. Fulmore played freely in the open court while showing the ability toe handle the ball. Look for a big June and July from this South Atlanta Christian Academy product.

Kameron Johnson (2021) was one of the better unsigned seniors at the event. He is a post player capable of extending the floor to make shots, Johnson has turned himself into a college prospect with improved conditioning and play this spring. He will continue garnering attention on a team where the spotlight is on right now.