MARIETTA, GA – Back at Pope HS we went for Billy LoPresti and crew’s SEBA All-Star Shootout for the fall. The guys at SEBA do such an amazing job with player development and have been for many years, it’s always a pleasure to get a chance to cover their events.

Inside another strong turnout, I never sleep on the value of looking guys over in drill stations, and several stood out, those are our early day top performers. Then we’ll look this week in “Late Day Top Performers” at guys who were still bringing it later in the day when live play tends to get a bit choppy.

Wherever I encounter Taylor he stands out and is one of my real sleeper steals especially from the West suburbs area, it was clear even early in drills he was among the top players in the gym as he can be a powerhouse cutting through defenses and really gets at the basket with a flourish, but the composure cannot be overlooked as he’s a clear high IQ guy who uses a cerebral approach at both ends whether controlling the action or playing off the ball, an ace defender as well and part of a 3-headed Spartans backcourt with Randy Harris and Sean Lynch that is both fun and really effective. 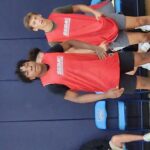 Speaking of high IQ approaches West has always seemed a step and half ahead of most in his age group and now entering his junior year his physical skills have begun to be the star of the show, his passing and court vision were the story at SEBA as he uses a big body to create space to see over smaller defenders but can also blow by you with a quickness you might not see coming the way he’s built, the basketball being played out near the GA-AL border is always good and underexposed and West is among several out that way worth the trip. 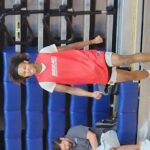 Putting in the work around town and getting both the quality reps and the subsequent notice for the effort and time he’s putting in, at SEBA his defense once again shined in drill work as he was a brick wall for most anyone trying to get by him in the 3 on 3, on offense he was quick and smooth with a handle we’ve always known he had and backed it up with some good finishes and tightly fit passes, again as noted the work should pay dividends even with a deep Rams backcourt rotation this winter. 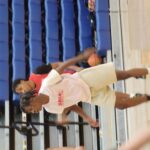 Another young player popping out all over town in spots where he’s almost always one of the youngest and certainly one of the smallest in the gym, that has mattered little as his competitive juices and advanced skillset for a young PG has kept him more than just in the game, sees the action so well at this stage whether he’s directing traffic as a defensive captain or setting up the offense by using smart angles and penetration to help guys pop open for quality looks, another good day for this rising frosh. 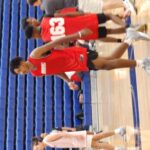 Perhaps no player dominated the action more consistently and with such an obvious physical and mental advantage on the day as McCarter and that goes in kind with the way he’s been playing virtually from day one of the travel season all the way through to last Saturday, the dynamic versatility at 6-5 to play an interior role at both ends and then score facing the basket like a 2-guard is quite the package and one that simply cannot go overlooked for much longer, a big season is expected from these Cardinals and McCarter is expected to be the engine. 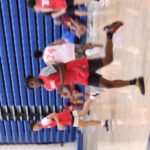 Despite a rep for being one of the best pure shooters in the ATL-Metro defenders still can’t seem to get a beat on when to guard up Hampton from distance, that uncertainty means he will make you pay from 25 feet with space to work and over the years had added bulk but not lost quickness to get by folks, the move to Suwanee is fascinating as he’ll be in a skilled backcourt with the likes of Amare Banks, Jayden Williams and Kai McArthur and that will highlight all the points of his game as he will still get buckets but show off the underrated distributing awareness as well. 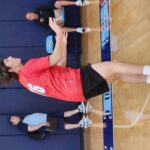 Coming off a solid travel season with SEBA Smith has the look of another potential steal (along with teammate Landon Pitts) following 2022 Cayden Charles from the Bucs program, he’s got a stout 6-4 frame that can play a physical 2 for someone but he also has really good lift off the deck which is a factor at the rim and defensively, good ballhandler and passer he has all the tools to be a next-level player.