Atlanta, Georgia- Saturday’s UA Hard in the Paint, sponsored by The Sports for Champions and Atlanta Xpress, featured some great key match-ups in Georgia over the Thanksgiving break. 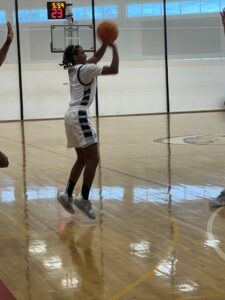 The 5’11” guard out of Pace Academy, Eric Chatfield Jr., is coming up the ranks quickly in the peach state. Chatfield is a sophomore that should be on all college coaches radars, especially playing alongside teammate, KJ Greene. The two were fun to watch offensively and really worked well together, spreading out the court and hitting open shots. Chatfield is a true three-level scorer that can beat you in a multitude of ways. He has a high IQ and knowledge of the game, which makes him even more of a threat anywhere on the court. Chatfield finished the game with 22, connecting on 6 3’s in the win over Decatur. Chatfield currently holds offers from Georgia State, Kennesaw State, and Tulane. 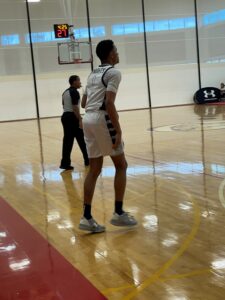 The 6’3″ guard out of Pace Academy, KJ Greene, showed why he’s one of the better players in the 2024 class in the country. Greene does a solid job of utilizing his long wingspan to get past defenders, and hit the midrange or get to the basket. Greene also does a great job of seeing the floor anytime he is attacking the basket and knowing where his teammates are at all times. Greene finished the game with 20 points, including 3 3’s in the win over Decatur. Greene currently holds several D1 offers.

The 6’2″ guard out of KIPP Atlanta, Malachi Harris, had an impressive performance for KIPP Atlanta on Saturday. Harris has continued to develop his strength each year and the work he has put in has continued to show on the court. Harris does a great job using his body to finish around the basket or grab rebounds on either end of the court. Harris has also improved his shot, connecting on several 3’s in the game against Paideia, finishing with a game high of 21. Harris is a great prospect to continue to track this season and could make a great impact at the next level. 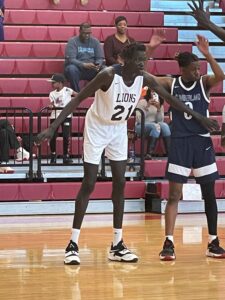 The 7′ center out of Solid Rock, Tito Majok, had the best individual performance on Saturday. Finishing the game with 34 points against Cumberland Christian, Majok did a great job of chinning the ball on rebounds and finishing at a high rate around the basket. Majok also helped fill up the paint, making the offense score from the outside. I expect more offers to trickle in for this 2024 prospect as his name continues to circulate amongst college coaches. Majok currently holds offers from Coastal Carolina, Jacksonville, and Louisiana Tech. 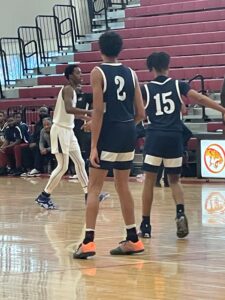 The 6′ guard out of Cumberland Christian Academy, Max McNeil, is going to be a player to continue to keep an eye on in his class. McNeil led Cumberland Christian in the win over Solid Rock with a double-double, including 26 points and 10 rebounds. McNeil has continued his consistent play and alongside the core group, Cumberland Christian will be a team to continue to keep an eye on, especially around March. McNeil is a very shifty, smooth guard that also has a nice fluid outside jumper to add to his game. McNeil shoots the ball at a very high clip and does a nice job scoring the ball against defenders with his length.