MARIETTA, Georgia, – The end of the school year is quickly approaching, and players are making plans for the next three months. There are several college ready prospects ready that will receive their high school diplomas in coming weeks that are competing at OTR tournaments. There are even more up and coming underclassmen that are looking to carve out their niche in the college recruiting world. Here is part three of our standout list from the Summer Jam event from last weekend.

Class of 2023 Jayden Cooper of Crimson Kings had a very solid tournament. He had games where he knocked down several 3-pointers from distance. He also showed the ability to create with the ball and finish at the rim as well. Cooper is proving to be an athletic combo guard who can score in a number of ways.

2023 Jayden Cooper (@crimson_kings1) has shot it well here this weekend. Can get his own shot from 3 off the dribble, did a great job finishing through contact in transition

The game of the weekend was turned in by Team Dickerson’s Louis Daoust on Sunday afternoon with a 42-point outburst. Daoust brings a unique blend of talents which includes a workhorse attitude along with an efficient skill set. He uses footwork, body control, and strength to score the ball in the paint. His footwork is pristine and is complimented by his soft touch in traffic. Add in his willingness to grind and give consistent second effort, it is not a shock to see a scoring flurry like this from the 2022 graduate.

One of the guards that everyone will have their eyes on in future years is class of 2024 Lavonta Ivery with The Skill Factory. Ivery is a hyper athletic guard that finishes at the rim with explosiveness. He scored 26 points in match-up with Team Forrest on Sunday afternoon, which got everyone’s attention. His nose for scoring along with his electric athleticism make him one of the premier guards to watch in the state.

One of the most consistent producers at OTR events this year has been class of 2023 Garrett Jacobsen with the Lagrange Knights. The 6-foot-4 prospect typically plays in the high post or along the frontline for his team. He plays with tenacity while also putting up numbers efficiently. Last weekend, Jacobsen had the chance to show off the full range of his skill set by stepping out the arc hitting 3-pointers. In terms of a player that has the most complete skill set and being able to produce across several areas, Jacobsen earns a checkmark in my notebook.

Class of 2022 point guard Mehki Mathis with All Georgia Elite earned attention with his play on Saturday morning. He is a slick, quick lead guard that creates plays with the ball in his hands. His ability to go either direction while keeping defenders off balance highlight him as a top prospect at the event. 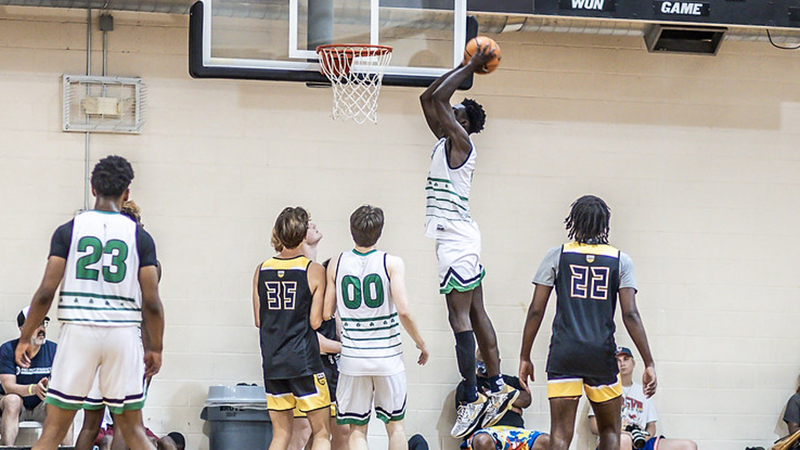 Class of 2023 forward/center Aaron Nomel with Team Dickerson is an ideal player to anchor a team in the paint. He protects the rim and snatches up rebounds on the defensive end. Offensively he puts pressure on the defense by working the pick and roll and diving hard to the hoop for dunks and ‘AND 1’ opportunities. He has the profile that many college coaches are looking for at the next level. 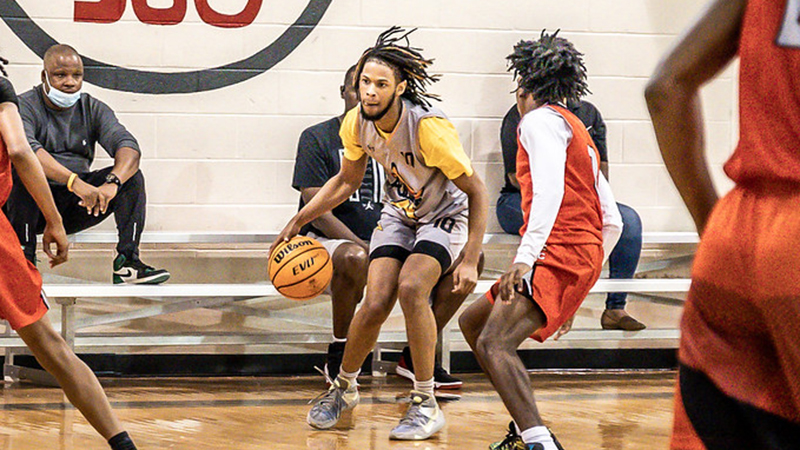 Class of 2023 Nate Richards with the Atlanta Astros showed off his entire range of skills last weekend. He displayed consistency on his jumper while also being able to score the ball off the dribble. Richards plays the game with intensity and intelligence. We expect to see his game grow in the coming year. 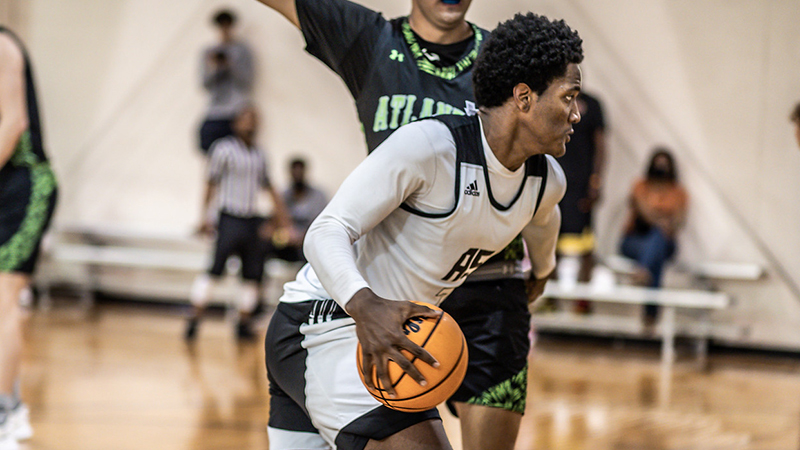 Class of 2023 forward Albert Wilson with AE5 is a player that puts his hard hat every time the ball tips. He works the high post getting scoring opportunities by flashing to open areas and scoring in traffic. His willingness to crash the glass combined with his unique blend of strength and agility make him a productive player.