We now look at Part 2 of some of the top all-around players and athletes who got it done at both ends and in multiple ways over the two days (in no particular order). 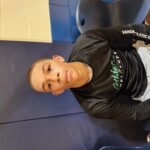 One of the weekend’s top pure floor generals Dieujuste was sharp in the open floor with really good vision and a want to find the open man before getting his own, has the look of a guy meant to control the action and was troublesome and smart on the defensive end as well, when he looked for his own offense it was slick on the attack and usually resulted in a layup or dish near the bucket, good-looking, versatile PG prospect.

Serious high-riser with an Adonis-like frame, great defensive versatility with both his size and strength, had a bit of slash and a bit of the mid-range game, among the better rebounding guards of the weekend. 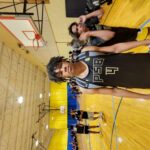 The full intriguing package is Lockett with a long list of superlatives, the deep shooting range came later in the game I saw but by that time he had already impressed with his other aspects, clever finisher is a long strider who uses that to blow-by folks, he’s sneaky wiry strong as he navigates and then absords contact, can be a big point or a real combo bomber from the wing who can eat you up with variety. 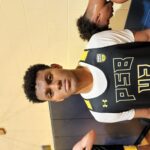 Really impressive athlete was often just a 1/2 step of everyone else using a combination of his natural gifts and a ton of effort which was common among all the PSB teams on hand, you notice guys who affect the game in multiple ways beyond just making shots and Phillips is one of those, rebounds, defends, active on offense particularly around the basket, could have the kind of summer where he vaults not radars with all those positives in his package.

An All-Weekend 1st-teamer to me, wasn’t a ton he didn’t do from the guard spot be it driving it like a demon of showing off shooting range well past the arc, can handle the point for you or play strictly wing, creative, clever game that screams next-level future star. 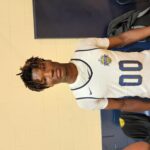 From a pure athletic standpoint there were few if any more impressive, simply was doing things others couldn’t, mix that with plenty of basketball acumen and he like his 1Family mates were mighty impressive as a group, playing up above the rim he was tough to handle while below it he can guard 4 spots and be a terror coming off the wing particularly in the open floor. 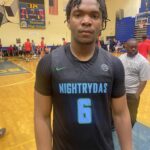 Love the versatility and the ability to play as a bull or be the sleek and smart slasher, simply overpowered folks at times on offense and on the boards, played at and through contact regularly but had a soft touch from range. 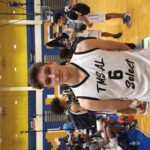 One of the weekend’s best pure shooting strokes, the Australian-import was a lot more than just a bomber as he was crafty attacking with the bounce using a variety of fakes and seeks to open up space for a pretty floater game, more than athletic enough to match some of the speedier downhill guards on hand, ballhandling is sound but taking him off the wing seems crazy seeing how he shoots it. 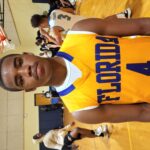 The 15U division’s best player from what I saw, tremendous upside coming out of his freshman year as he’s got a frame that’s already stout but is sure to put more bulk on, moves like a running back or strong safety be it cleaning up misses or cruising done the floor for finishes, as pure athletes go among the most impressive to watch on the weekend and the sky’s the limit for the basketball development. 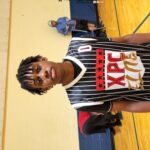 The 15U division’s best overall team had a slew of guys who could get it done and the team defense was brutally effective spurred by effort and a well-drilled philosophy, Jones was in the mix in all aspects as a slasher on O and a killer on D guarding multiple spots and igniting and participating in their up-tempo transition, the fight with which he played will only up his profile as his obvious skillset continues upward.