We look here at Part 1 of 2 of some of the backcourt “gems” of the weekend, as it’s a guards world most days, and these guys were producing across the state sheet (in no particular order). 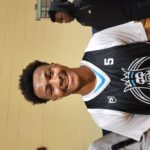 The 2024 Dr. Philips-product playing up has a lot of things about his game to like, he makes his way around the floor like a seasoned vet who’s been through the wars, he can be equally smooth to control pace or powerfully downhill with a stringy-strong type of frame, like the offensive variety near the basket as he’s got a lot of finishes in his bag of tricks, defensive versatility is special as his long strides and IQ at that end means he can guard up big and small backcourt players. 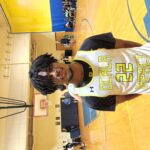 The powerful lefty was no stranger to contact all weekend as he could go full “bull” on his way to the cup or showed off some nice slithery action maneuvering around folks, among the better rebounding guards as he joined teammate Brandon Baxley in battling bigger forwards all weekend for the undersized Impact bunch, has next-level versatility at either guard spot. 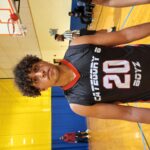 The big guard made plays all over the floor as a multi-level scoring threat with the size and smarts to go with it, handled the ball at the point a bit and was devastating spotting up on the wing for 3-balls, another powerful rebounding guard who could grab it and ignite his own break as the head was up and scanning, good-looking college prospect.

Tremendous tools to make a rapid jump from really talented PG to D1 prospect in the next year, most of it is already there but another year of physical development to go with the IQ and skillset could produce something special, really sees the game and has no rush in his approach at all as it’s cerebral and measured but really effective, one to watch. 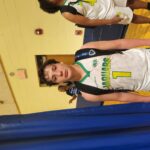 Teams with Ben Cahill and Grant Oliver (below) for one of the most entertaining backcourts I’ve seen the last 2 years, after Cahill kind of stole the summer show last year it was Baer this particular weekend getting it done as a scoring lead guard, a year stronger and more confident he was a terror getting to the basket with underrated quickness, like all the Jupiter guards he can stroke it if you leave him alone. 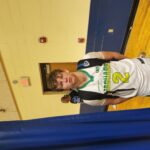 Gets the smack-talking award for the weekend as he was all over anyone guarding him and used the mental-game to his advantage, like Baer gets at the basket with both creativity and an edge that is skilled and full of moxie, another deep shooting threat as he can go on a streak from range, feisty on D. 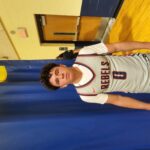 Saw him back in the fall at the Hoop Exchange Showcase at the Big House and he was a highlight back then, more structured with the Rebels he still dealt and sliced up defenses with a real understanding of how to visualize the attack and find the open man, can score it at the rim despite getting in among the trees and has 2 set of eyes it seems on defense as he cut off passing lanes as well as anyone. 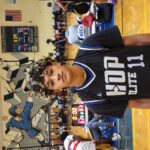 Silky smooth with a handle to go with it he was shaking and baking guys all weekend and then employing the blow-by after freezing them up, deep shooting range and disruptive on defense he can play either guard spot. 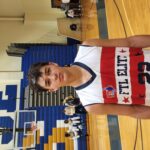 One of the prettiest strokes of the weekend as I loved the speed of the release and the confidence to pull it, never seemed to do more than he knew he was capable of and has good size to help on the glass, pretty good speed off the bounce and showed good vision on the find when the opening wasn’t his. 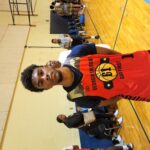 Another Portal guy had a good weekend for the Soldiers out of the Statesboro-area, high-arc on the jumper and it was soft and on target, excellent work in the mid-range as he didn’t force the issue into traffic, handled the ball quite a bit but at a lengthy 6-4 or so he seems good fit for an attacking wing. 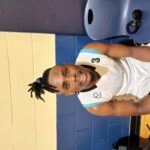 Powerfully built and low to the ground penetrator went hard all game long at both ends, serious on-ball defender who could body you up or cut off your path with the foot speed, AOI shared the ball so well and Williams was a big part of that but was able to show off an offensive package more than ample to go with the other positives. 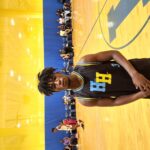 One of my favorite PG’s of the weekend as he was a pain in the neck all over the place specifically pushing pace and guarding the ball, there were times in the game where you could not get in front of him as he went up the floor and then others where you could not advance the ball past him trying to create, an end to end eye-popping weekend performance. 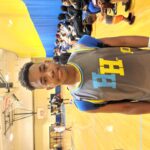 Another deadeye bomber he hugged the arc most of the time I saw him and could launch it 3 or 4 steps back from it to really stretch the D, high IQ guy out there as he picked his spots well and when he had control of the ball he was creative and unselfish.