We look here at Part 2 of 2 of some of the backcourt “gems” of the weekend, as it’s a guards world most days, and these guys were producing across the state sheet (in no particular order). 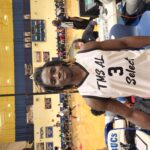 Played a fun brand of ball at both ends with quick hands on D and quicker decisions on O as he was able to find the multiple weapons on Speights at all spots on the floor, on-ball defending was 1st-team weekend level and while there was some flair there was also sound PG-play.

Joins the list of top weekend shooters as he had a couple of stretches where he was seriously tickling the nets, pretty release and had the trigger ready to catch and launch, really good size for a college 2 he was sound and smart in all aspects as could have made the best All-Around list had I not saved him for my backcourt gems. 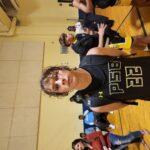 Speaking of guys who could on shooting runs Willard got searing hot in their win over Nightrydas as PSB came into Daytona and seriously impressed, he really gets how to score and set himself up and uses the bounce selectively to create space for a multi-range shooting package that was all set for the next level.

As floor generals go few garnered more oohs and aahs from our staff than future D1 point man Philon, the size, the speed, the moxie, the confidence oozed from him as he took a deep and talented Nightrydas team through the tournament, he can be a pass-first guy and get you double-digit assists or go on scoring runs that can change the game, would be a stud in any market. 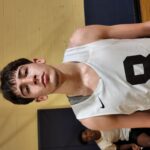 Teaming with Charles Moore formerly of the South Florida Shockers (and a star of last summer) was fun to watch, Moore is so steady and has college-PG written all over his game while Monzon was a downhill terror cutting up defenses with no regard for his body, love the intensity and fire in the way Monzon attacked and played the whole game, got after it on defense and the positional versatility playing the 1 or the 2 makes him valuable. 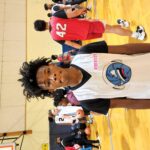 Excellent penetrator with a slick handle and really good vision as a set-up man, swiped a ton of balls on defense and was really tough to figure out defensively as he could knock down 3s as well.

Speed, speed, and more speed was the recipe for Barton as he covered ground in such a flash it was hard to get my camera focused on him, fearless and inventive he found his way into spots to score that it didn’t look like a person could fit, within the quickness package was a real cool demeanor as a point man that was fun to watch as well. 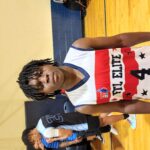 Fiery, vocal floor leader never let size hold him back from attacking the trees, took some hard hits but always came back louder and fiercer, a 1st-team all defensive guy for the weekend, that kind of fire and leadership is always noticeable to next-level coaches. 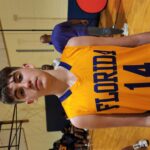 Got hot the game I saw him from 3-land and there wasn’t much room beyond halfcourt where he wasn’t thinking of letting it go, showed later in the same game some burst off the bounce which takes him to another level, as he matures physically you can see the full package that could be available and it’s going to something worth monitoring. 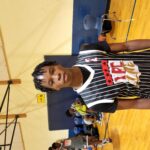 Top 5 pure flor general of the weekend with speed and creativity at his disposal, saw the flor really well for a team that shared the ball really well, at the head of their pressing full-court defense he was in faces and had hands all over the passing lanes, despite a burst advantage on most of the 15U division he was never out of control as has a bright future as lead man. 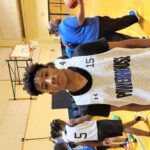 Did a little bit of everything for the Bulls and showed a ton of fight and grit, love the energy and smarts as he would handle the point or become your primary scorer when a perimeter bucket was needed, you can see the tools he’s developing and the end package has the look of a future star. 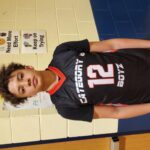 Also saw Cummings in the fall at E1T1’s Showcase at the Big House and he was a name to watch there too, can really get going with the stroke but uses a high IQ approach to create openings and find his teammates, seems a 1/2 step ahead mentally and that can be frustrating but as he gets to the older levels others will catch up to what he’s seeing and he can become a heck of a 2-way guard.