Powder Springs, Georgia, – On the Radar Hoops hosted a “The Opening” this weekend at McEachern High School. Nearly 200 teams competed at several venues in the Cobb County area. Basketball inches back to normalcy around the country. Tournament directors and school officials during The Opening ensured that spectators and participants played under safe conditions amid the current pandemic conditions. Here is a look at standouts from day one action from the high school division of the tourney.

Blackwell was a star for the Buford Wolves High School Team in Class AAAAAA. His playmaking and leadership qualities continue to make him one of the top players regardless of venue. He is a high energy point guard who can make the simple or the spectacular play. He burst onto the scene with a 21-point effort in a win over the MVA Outlaws on Saturday morning. We expect to see many more efforts like this on the circuit. 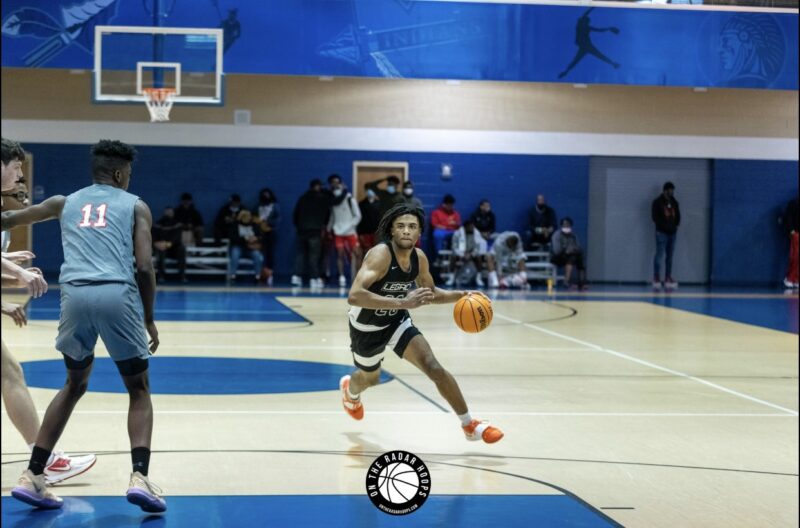 By all accounts, Dix had one of the more impressive days of all individual performers on Saturday. The 6-foot-7 wing is a physical, high energy slasher who can get to the bucket consistently. He uses strength and athleticism to power past defenders and get to the hole. He started the day with a 15-point outing and followed it with more solid outings afterwards. Expect Dix to see his recruitment see a spike in upcoming months.

Forrest helped lead his squad to two wins on Saturday. The 6-foot-2 guard displays many of the attributes that you like to see in a high-level combo guard. He can lead the team with passing and facilitating. Yet he is skillful enough to get his own shot when the time calls for it. He plays the game with energy, yet he can mix it up by adding enough pace to keep his opponents off balance. He scored 18 and 17 in back-to-back games during The Opening. The future looks bright for Forrest is the immediate and long-term future.

Ivy had one of the better days that we saw on Saturday from guards in the building. He led his team to a 2-0 record while dropping 15 and 24 points respectively in both games. The 6-3 guard might sneak up on you if you are not paying attention. But it will not take long for defenders to gain respect from the Alabama native. The lefty possesses great body control to get his shot in one on one situations. While he is equally capable of connecting on 3-point shots from range. While Ivy might be best suited to play as a secondary handler currently, his vision as a passer gives us reason to believe he has lead guard potential in the future. 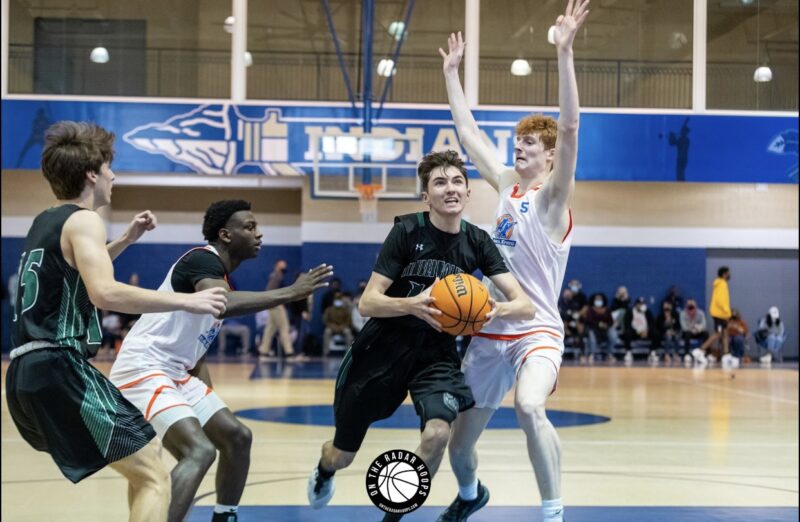 There is a lot to like about the 6-7 junior out of North Georgia. He can affect the game on both ends of the floor and is a threat to put up double-double numbers each time he suits up. He finished with 24 points and 12 rebounds in his squad’s first game of the day. He highlighted much of that performance with powerful dunks in transition and off short corner slips to the rim. Keene’s game has plenty of room to grow as well. He shows flashes of face up skill as he can take defenders to the rack off the dribble. As it stands, Keene is a prime candidate to receive plenty of attention from next level recruiters.

Hendricks is one of the few underclassmen that caught our eye on Saturday. The 6-6 forward is a prime candidate to be a new age forward in the modern game. He possesses strength, bulk and skill that is rare to find in prospects today. He can patrol the lane by defending and rebounding consistently. Yet he is skillful enough to make plays for himself and others with the ball in his hands. He scored 12 points in a win over Team Dickerson in the team’s opening game. While he may not be the team’s leading scorer in every outing, he appears to be able to make an impact in several categories on the stat sheet.