POWDER SPRINGS, Georgia,– The second day of “The Opening”revealed even more prospects that are ready to hit the national and regional radar. As players get comfortable playing in new situations it leads to more competitive situations. Here is a rundown on a few of the players we took note of on Sunday afternoon at McEachern High School.

Every coach knows that a successful team is not made up of all scorers. You need a few guys able to defend, rebound and do the dirty work around the rim. This is what Amos brings to the Team Forrest 17U team. We do not have an official listing on his height, but if he is not 7-foot tall his presence is every bit of that. The lanky framed post specializes in pinning shots against the backboard and providing an interior enforcement that is needed in big games. His game should flourish as he gains experience.

The pandemic brought chaos to the world at large and to the basketball community specifically. As a result, there are still a handful of kids playing for scholarship opportunities this spring. Really good player like AJ Burke who helped Wheeler High School to a Class AAAAAA title earlier this month. The 6-foot-2 guard scored 22 points in a Sunday afternoon game. He specializes in spotting up in transition and knocking down 3-pointers. He is also confident enough to attack the lane when his defender closes out to tightly. Burke picked up an offer from Dean College recently. 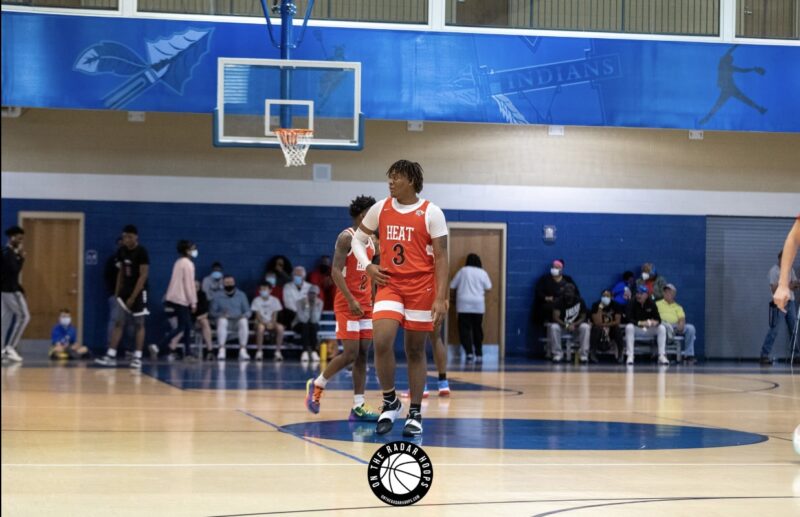 Clayton personifies the best of a inside-out post player. He is an alpha personality willing to take control in a moment’s notice. The 6-6 forward is built strongly and can use his strength to bully most anyone on the court. He is a left-handed finisher that is sure to draw several ‘and one’ opportunities this spring and summer for the Norcross Heat. We also love his enthusiasm and energy that he brings to the court. Do not sleep on this young man’s ability to shoot from range either. He knocked down four 3-pointers in his game high 24 points in a Sunday afternoon game.

Fruster could be on the precipice of turning the corner this spring with the Canes. The 6-2 guard displayed great ball handling and table setting abilities this weekend. He showed vision and led the break efficiently for scores in transition. He scored a team high 22 points in a win over Team Forrest on Saturday afternoon. He followed that up with another solid performance in a win over Team Georgia Magic on Sunday. His ability to lock up ball handlers defensively could be the key for him getting looks for the next level. If he continues to show floor general skills, he will have the attention of several programs in the Southeast region. 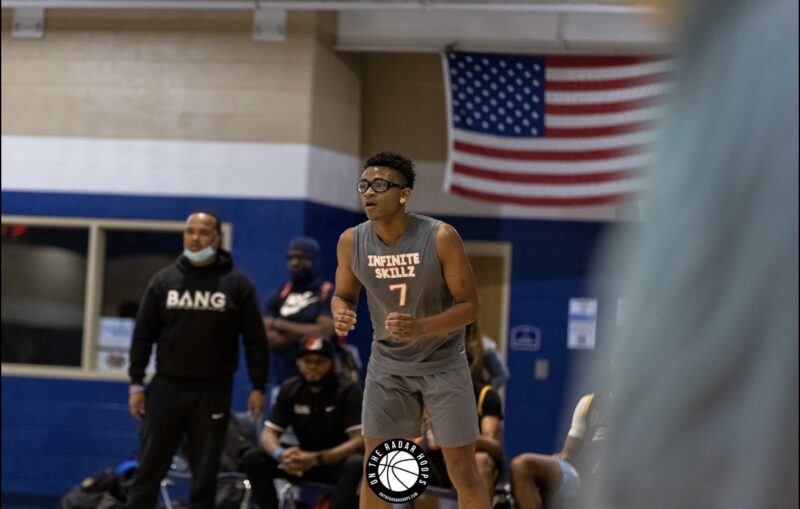 McKie had a fantastic Sunday afternoon with Infinite Skillz. He scored a team high 22 points in a match-up versus Team Dickerson. The 6-5 wing has a terrific pull-up jump shot that keeps defenders off balance. His size combined with his aggressive first step creates the space needed to get his shot off consistently in the midrange. He has a nose for scoring the ball and that is a skill that is always in demand at this level and at the next.

Robbins had perhaps the biggest game of the day on Sunday morning of The Opening. He blistered his opponents to the tune of 31 points, which included three 3-pointers. The junior has outstanding size (6-4) to go along with athleticism that allows him to score consistently in transition. He often looked like he was shot out of cannon when grabbing rebounds and getting to the rim on the other end. With offers from Xavier and Elon, it is not a stretch to say that Robbins should be one of the most tracked guards in the state this spring.

Jonathan Hemingway is a National Evaluator for On the Radar Hoops. Hemingway serves on the Board of Selectors for the Naismith Trophy. He is also the publisher of CoachHemi.com. He has been involved in the community since 1996 as a coach, camp director and evaluator. You can reach him via email at JonathanHemingway@PeachStateBasketball.com and follow him on twitter @JLHemingwayPSB