KENNESAW, GA – Ernesto Ifill and the USBA organization held their fall showcase tournament for the future stars of the Georgia game, and it didn’t take long for many to shine during Saturday afternoon’s action.

We highlight some freshmen from the 2026 class who are sure to be names to know very soon down the line (high schools in parentheses). 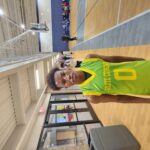 Explosive hardly fits the bill for this rising star with all kinds of early-career ability to break down defenses, there was not a soul in the gym who could stay in front of him and it wasn’t just speed but a real understanding of the attack using a controlled and forceful dribble game, ace defender and a fine jump shooter as well as it’s all there in the modern scoring PG category, absolutely rises to near the top of the class for 2026’s I’ve seen to this point. 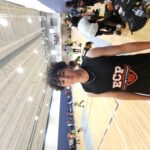 If Crawford was player #1 for upside talent on the afternoon Loquasto was a close #1A, serious deadeye bombing from 3-land as he was a bucket when left open, the lefty stroke was pure and clearly well-drilled, add to that a drive game that was plenty athletic enough to take most 2-guard defenders and you had an impressive package that could be lethal for the Titans, calm and poised he was among the day’s better passers as well. 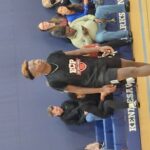 One of two young Sprayberry prospects who impressed, where Crawford was a freight train of burst and explosion McDaniel offered some of that together with a cerebral approach I really liked, his vision was precise and almost clairvoyant as he had plenty off the bounce to get by people but even showing proficient and sly scoring chops he was always on the lookout for the right dish, terrific floor leader instincts and a lot of fun to watch for basketball purists. 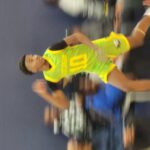 Playing alongside Crawford the backcourt duo made for a real problem deciding who to shut down, they’ll offer the same for Cristo Rey as Dean was your classic wing assassin hovering around the arc or trying to slip behind the defense with high IQ stuff for one of Crawford’s dimes, superb athlete both as a finisher and a versatile defender as he could play the high-flying game or be a slick multi-level scorer for you. 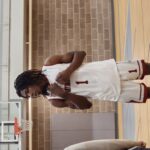 Built like a Mack Truck for a freshman he utilized that power around the basket for a whole slew of power finishes, part slasher and part bruiser he pushed folks around near the cup or got out in transition and was a downhill locomotive, was a beast on the boards as well and reminded a bit of a young (and current 2023 Lion) Rodrecas Rouse, be interesting to see how his perimeter game develops as the body is sure to be elite to go with tremendous natural ability. 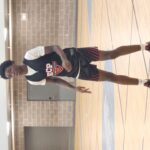 Part 2 of the Sprayberry Express for ECP was the smooth Edmonds, oozes intriguing upside as he’s already got good length as a frosh off the wing and uses it well as a rebounder particularly on the offensive glass, really nice shooting touch well past the arc means you have to guard him tight but he used long strides and a nice burst to be a real problem on the drive, with McDaniel soon to be likely appointment viewing for the Yellow Jackets. 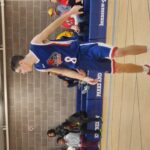 Comfortable working around the basket as a freshman and that also catches my eye as willing post players are hard to find in this day and age, the footwork was solid and sure to get better as he matures as he could use power to get at the rim and draw contact or face up with a soft touch from 12 to 18, showed a good natural feel about positioning and was sound defensively, will be the kind of player who thrives at BT. 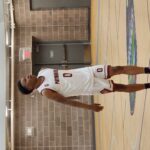 Playing both guard spots he was a sleek moving athlete who was able to push pace as a point man or be a catch-and-score threat in the halfcourt, when he got out in space he moved like a running back headed for the endzone and showed exciting lift off the deck, well-coached defensively and that always plays well for a Coach Moultrie-led squad like the Hawks. 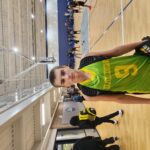 The Cougars were stacked with 3 guys on this list and 2 others who likely could have made it, Thomason is known for his sharpshooting touch and release from 3-land and while he may not have had his usual high % touch Saturday you saw the purity and confidence of a shooter, not just a spot-up guy he’s got the athleticism to attack gaps, will likely see notable Varsity minutes for the Eagles as his type of streaky shooting can be game-changing. 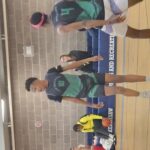 If there was someone hotter for a stretch than Battle was Saturday afternoon I must have missed him, long and lean as a wing he showed no fear in spotting up at the arc and launching bombs from distance connecting on 4 treys in a first half stretch that had fans oohing and aahing, the combo of catch and shoot acumen and ability to slash with the dribble made for a tough matchup.