Atlanta, Ga – Rankings are always a point of interest and while they create a lot of discussion, they are fluid and not anything to get overly concerned about. Recently, I completed a Top 75 ranking of Georgia’s 2022 class. Here we will look at the Top 5 Point Guard prospects from this class in the Peach State currently. While some are developing into PG’s and make the transition to man that spot on a team, these guys have already shown they can run a team effectively and contribute in other areas.

At the top of the rankings are 3 PG’s consecutively. In this update, Bruce Thornton took the #1 spot, followed by Scoot Henderson and Dillon Hunter. All 3 of these prospects have garnered national attention early on in their high school careers and have earned USA Basketball invites. 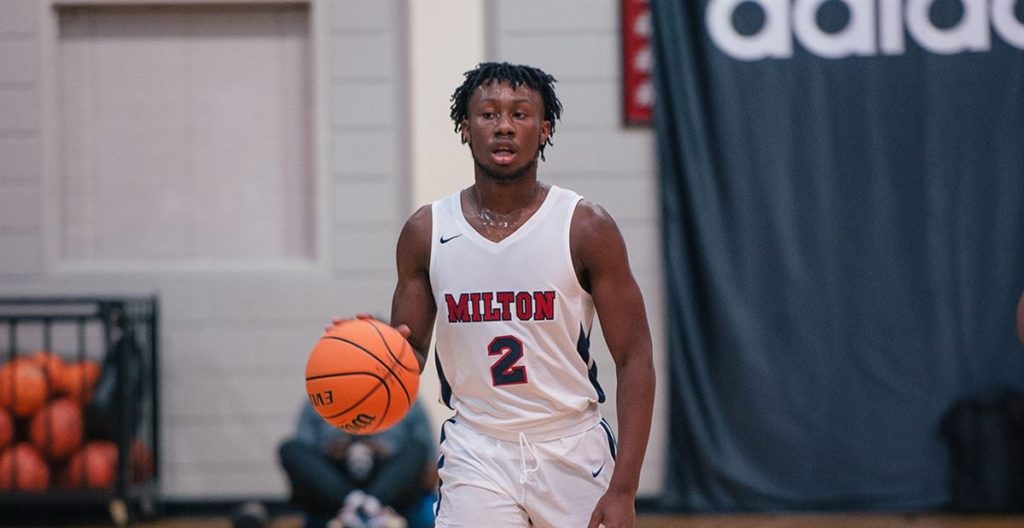 The battle for #1 in this class has already had some back & forth blows, and should continue to. Last summer, I had Thornton at #1 but then placed Henderson back at #1 after his showing at the fall USA Basketball camp. Given Thornton’s full body of work during the 2019-20 HS season, I felt like his play warranted regaining the top spot.

A physically-advanced sophomore, Thornton is stronger than most upperclassmen and uses his strength on both ends. He is one of the top defenders in the state regardless of class and takes pride in big defensive matchups. Thornton’s offensive abilities are exceptional as well; he is difficult to keep out of the paint and can bulldoze his way to the basket but also showed impressive development in his outside shot this year. He put together numerous scoring outbursts during the season and did so with efficiency, leading Milton to the 7A Final 4.

Next is Scoot Henderson of Kell. He is a terror in space with great open-court speed and an aggressive mentality. Not many can contain him when he decides to attack the basket and he has also added a reliable pull-up jumper to make him even more dangerous. Henderson has consistently added to his athleticism over the past year, both with his explosiveness at the rim and laterally as a defender. Similar to Thornton, Henderson is a determined, competitive player; I think the approach they bring is what has separated them from other guys in the class so far. 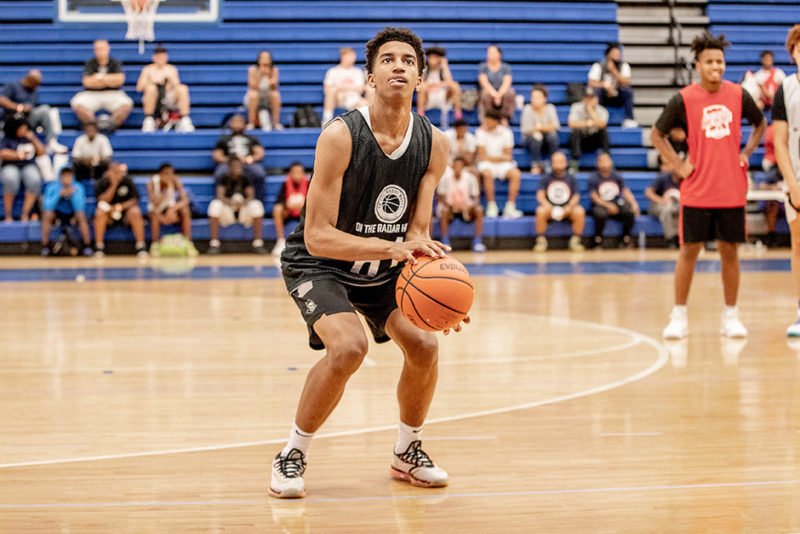 Not to be forgotten, Hunter is the tallest of this group of lead guards at 6’4”. His positional size and length give him an advantage in many areas. Hunter’s defensive capabilities are impressive as he anticipates well, uses his long arms, and keeps his hands active. Offensively, he has a smooth, controlled game that allows him to get downhill or pass & shoot over smaller guards from the perimeter. It seems that Hunter got more aggressive as a scorer as the season went on, which should help him this summer.

There are a few others in between that could have been considered, but the 2 other prospects that round out the Top 5 2022 PG’s in the state and truly play the position already are Raylan Barrion and Ashton Malone. Out of Tucker, Barrion has a mature, poised game and rarely gets sped up. He operates well off of ball-screens, makes good decisions when penetrating, and will knock down shots. Barrion doesn’t have the game that’s going to produce a bunch of highlights, but he’s very skilled and has produced against high-level competition each of his first 2 years in high school.

Malone opted to go to TSF and reclass to 2022 after being at Grayson. You won’t hear about his as much as guys in the GHSA but he brings nice qualities at the PG spot too. He makes up for a lack of size with strength and toughness. He’s another who commits to defending and bothering ball-handlers, forcing turnovers consistently. Malone is a pass-first guard on offense and has good vision & feel in the half-court while also getting his own points when needed.