Atlanta, Ga – The summer time is always a great time for basketball on the national scene. Our evaluators covered multiple events and recorded evals for our college coach clients while also providing a national media context for our readership at OntheRadarHoops.com. Here are a list of 2023 prospects that stood above the rest this summer.

Johnson is a smooth and very skilled combo guard. He’s good at getting in the lane and creating for teammates or finishing himself. He has range on his shot to 19 feet. Johnson possesses excellent court vision. At his size as a young player there are few that can stay with him.

Holloway is a creative guard who is capable of making plays for himself and others. He’s dynamic with the ball in his hands and able to change gears with good quickness, both stepping on the gas with his first step as well as stopping on a dime to pull-up.His ability to stop and rise-up enables him to get to his pull-up at virtually anytime. He understands positioning on the floor and flow of the game, and that is what makes him a great passer.

Dillingham is a shifty scoring point guard that can get to the rim at will and has the ability to slither his way through defenders. He can score in every conceivable way at all three levels, yet he still has the time to drop off nifty passes to get teammates involved with his passing. He’s one of the most versatile scorers I have seen in the 2023 class this summer.

Robert Dillingham with the flush for Team Charlotte at the @OntheRadarHoops Summer Jam ??

Offensively, he is at his best in the open floor where he drives downhill to the rim but also has the first step to create his own shot in the half-court. His physical tools allow him to drive and finish through contact.In addition to his ability to score off drives, Jones can knock down jumpers with time and space. While still a scorer by nature, Jones looked plenty comfortable running the show.

We had an opportunity to see Matthew Bewley several times this summer. He is one of the top prospects in his class nationally. He’s extremely talented and will be a marquee name in the 2023 class. His skill level for someone that size and that age is impressive.He’s a consistent shooting threat to the three-point line, a good ball-handler for his size, and a better passer than he gets credit for.

Because of his outstanding overall skill level Matt Bewley is one of the most versatile players in the 2023 class.

Hamilton is an athlete that has good skill. He can rebound and push the ball on the break where he is a threat to go coast to coast. He can create off the bounce making plays in traffic in the lane where he also does a good job drawing fouls. He can also make three pointers off the catch when his feet are set.

He’s a prospect who is full of upside. He’s got good size and length for the backcourt, is very skilled, and capable of playing on or off the ball. He’s capable of making plays with the ball in his hands rather slashing to the basket or knocking down shots off the catch.

West is a power guard with good athleticism and a strong body. He is as aggressive as he is powerful, getting after people on the defensive end and going hard to the rim offensively.  He has the ability to knock down open threes, hit mid-range pull ups and get to the rim on the break where he can finish with either hand. 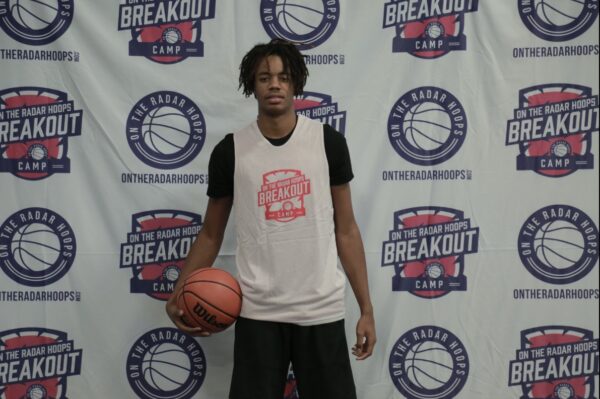 Miles is a multi-skilled forward who can put the ball on the floor to attack the rim or spot up for knock-down jump shots out to the three-point stripe. He has tremendous length on his side which he utilizes to rebound and defend. Due to his work ethic and physical attributes look for Miles to climb the recruiting charts over the next year.

We first had an opportunity to see Davis two years in our Atlanta Invitational. Davis is a big scoring guard who knows how to put points on the board.He gets out in transition very well where he can finish through contact or around defenders. He’s athletic both in the mid-range area as well as around the rim. He has a generally high basketball I.Q. and all the weapons to be an impactful defender at the next level. 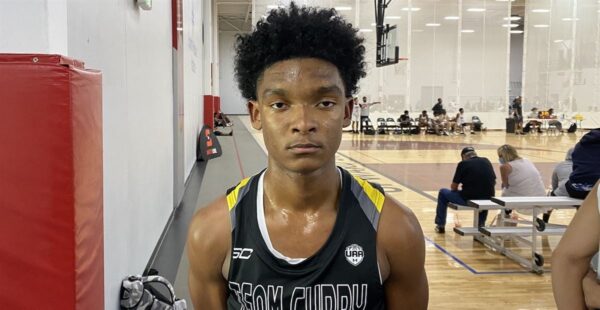 A versatile guard who effects the game with his scoring, facilitating and court vision.In the half court, he handles the ball with purpose and scores best with a balanced attack of his drive game and jumper. He reads the game well with the ball in his hands as he doesn’t force the issue and he values the possession. Because he can see and make the pass he can start the offense, create flow through the possession and/or get the assist.