ATLANTA, GA – We’re looking at juniors who are making some noise as we get closer to travel ball season, where they can vault themselves even more firmly into the recruiting spotlight.

Nationally-ranked Peyton Marshall of Kell is a 2024 brand name already and has made massive strides as the centerpiece of a potential Longhorn 5A title run, but let’s dig a little deeper around town and further beyond.

Has become a hot commodity playing alongside uber-talented guards Cassius Watrkin and Yusef Bowyer for the Jags, but make no mistake he’s carved out his own niche with his own play and has been producing across the stat sheet well beyond just the highlight reel dunks, this is one of the true potential emerging breakouts as March approaches. 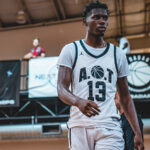 Despite arriving at McEachern this fall from Alabama with his own string of accolades it’s easy to be looked at secondarily on a team as talented as the Indians, but beyond the game-changing size at both ends he’s begun to show off more shooting range which intrigues for sure, and when combined with all the athletic lineup possibilities at McEachern’s disposal makes this team even more lethal in a run for a 7A crown. 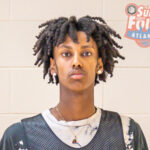 The defense is what draws people to watch most nights as he is one of the state’s best swatters, but you can see the work he’s put in on the offensive end as he’s extended his shooting range and his comfort level being more creative around the basket has taken a jump as well, poised for big things. 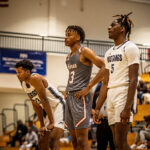 Has found another gear to add to what has already been an impressive first 2 years as a varsity staple, the work he’s put in on his body has been evident and has translated on the floor for a Horns team that is playing some of its best basketball in years, love the work on the jump shot and his fight around the tin as has been his calling card is fierce and effective. 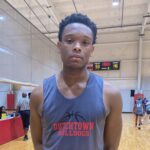 Chatter abound about this emerging talent who really is just scratching the surface on a Dawgs team with a ton of senior talent, still he’s very much a part of the rotation up front and always causes a stir among scouts and onlookers when he utilizes some of his immense natural gifts, the basketball side of things is coming as well and the confidence from a good spring and summer plus continued skill development could set him up for a big ’23-24. 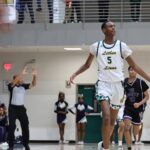 Lithia graduated a ton from last year’s team so new faces are assuming bigger roles, reports are Putmon has had some solid moments for the Lions and I recall well the intriguing possibilities he displayed from his good 2022 summer with the Atlanta Nets, gaining some momentum from a good finish to the regular season can vault him into a crucial spring for his potential exposure. 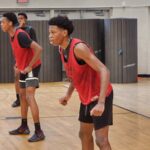 Haven’t had a chance to see this Red Devils version yet this season but notable good reports are coming out of the Emory area on Marsh, what I saw this fall was an exciting athlete just scratching the surface of what he can be leading one to believe that with a big spring and summer he’ll enter next fall with a lot more eyeballs tuned his way. 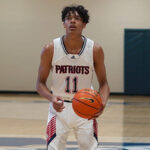 Looking forward to my first viewing of Smith and the Pats since way back in November when they take the floor this Saturday at Milton for the Longhorn Classic, earmarked for big things since his 8th-grade year his continued development is right on track for high major looks as he can do it all with still another travel season and senior year to hone it further. 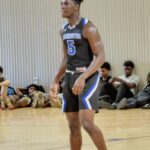 An absolute mountain of a ballplayer even just as junior, can be a pure physical force offensively but has really dangerous and effective quickness facing and back to basket, playing for 2A Washington means a little less exposure than some big boys at bigger schools but he’s easy to spot in the spring and summer and will surely stand out on the floor once again. 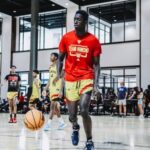 At peak energy can be a serious force at both ends and his elastic play has shown to ignite the spirit of what has been a really solid and sound Bethel team to this point, decision-making and consistency are items to focus on as spring approaches but the physical gifts above the rim and ability to alter opponents offensive plans are big time traits to like.