Norcross, Georgia- The On the Radar Super 64 Camp featured some of the top prospects in the class of 2023, 2024, and 2025 in the southeast. With over 180+ players in attendance, evaluators and directors were able to uncover some top talent to keep an eye on for the next few seasons. 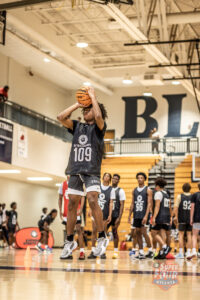 The 6′ guard out of Mountainview High School, Bronson Blair, is one of the quicker scorers in the class of 2024. Blair is an aggressive and assertive guard that is constantly on the attack, looking to score. Blair has a nice rotation on the ball and can get up quick to shoot once he gets to his spots. Blair is also not shy getting to the basket, absorbing contact, and scoring over defenders. Blair is a crafty finisher that will be a prospect to track heading into the high school season. 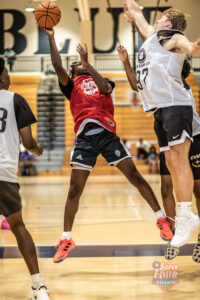 The 6’3″ guard out of McDonough High School, Keenan Gray, has significantly improved his stock over the last year. Gray is a very athletic guard that has gotten stronger and more versatile with his game in the last year, and his confidence has continued to soar. Gray scores very well around the rim, using his body to shield off defenders well, and with his quickness is able to beat his defenders back-door or off the dribble. Gray will be a player that could give his McDonough team the extra lift this season to go far in the state playoffs. 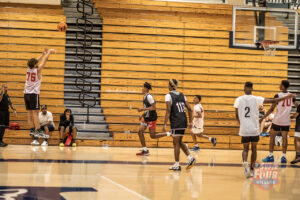 The 6’3″ guard out of Greenbrier High School, Jackson Jennings, is a player that can beat your team down on both ends of the court. Jennings is an aggressive on-ball defender that makes it hard for his opponents to make decisions freely. Offensively, Jennings can get hot quickly from deep with his high-clip shooting ability. Jennings had a solid summer playing for Team Dickerson and his confidence has increased significantly. 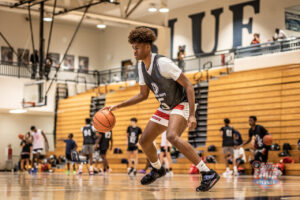 The 6’5″ forward out of McEachern High School, Devin Moise, is poised for a big junior campaign this year. Moise has improved his skill set and the game appears to be coming naturally for him. Moise has the frame and athleticism to be a contributor for McEachern both offensively and defensively, and pairing up with teammate Ace Bailey, will be a scary sight to see. Moise has a high ceiling and with his continually evolving game, will be a player to keep an eye on over the next two years. 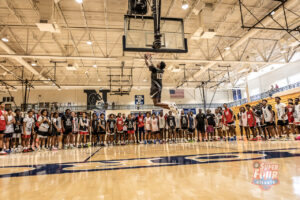 The 6’8″ forward out of Maynard-Jackson High School, Mekhi Turner, took off this off season and hasn’t slowed down. With his size and skillset, Turner is a complete package. Turner has become more consistent with his jumper and able to knock it down from different areas on the court. With his high motor and rebounding ability, Turner is able to take it the length of the court and score above the rim in transition. As his stock continues to rise, Turner will be a huge get for a college program. 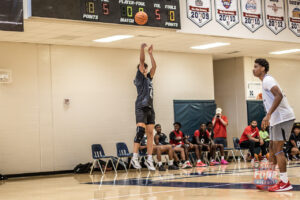 The 6’5″ forward out of Corbin High School, Trey Worley, was an intriguing prospect at the Super 64 Camp this past weekend. The Kentucky native has all the tools, as well as the grades, to really make an impact at the next level. For his size, Worley has the confidence to pull-up and hit it from deep. Worley is a high-motor, work-horse that doesn’t take possessions off. Worley understands his role on teams and is effective grabbing boards, getting put-backs, and scoring when needed.