“Workers” encompasses a broad spectrum of talent and contributions, glue guys, high-effort guys, and who may not get the pub they deserve. 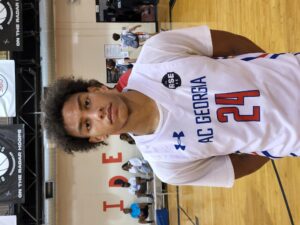 Long can fit into multiple of the categories we’re going through with our Stock Risers but since he does so many things well and emerged with such a bang this summer Workers suits him just fine, offensively he can give you the finesse game with a sweet-looking J or use a stout frame to take his game in closer as he did often for another good AC Georgia team, it’s his show in Lilburn this winter with some big name 2022’s having moved on and the increased recognition he received over the last 6 months will only ratchet up as he’s unleashed to show off more of his motor and versatile skillset. 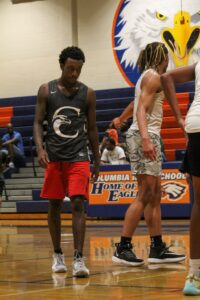 I’ve come to respect this program out of Decatur so much over the last 2 years as I’ve constantly run into players across the travel ball spectrum who can really play, Headges has been a solid contributor both for the Eagles and for Norcross Heat for 2 years and seemingly gets overlooked some on a Heat roster that has had more ballyhooed names on it, but he puts in the work punching the clock and does it with stellar defense and athletic offense plus a willingness to do whatever it takes, those type of guys are super valuable. 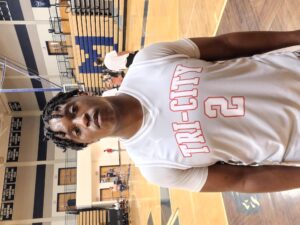 One of south GA’s best shooters Moody is another like Long above who can fill out a bunch of Stock Riser categories as he ends up populating the stat sheet, big and strong and not afraid to use it he can do more than hurt you from long range and uses brain and brawn to Out-Work you, that level of shooting gets him in the front door in my view but he’s as smart a wing player I’ve seen over the last 6 months and is a superb passer and versatile defender with some beef to back it up, the Spencer program is tough and talented and filled with South GA gems to take a look at. 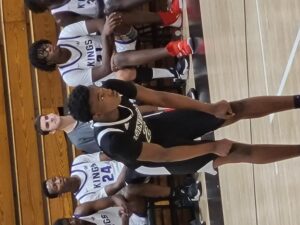 Whether with Forest, Team Intensity or Georgia Ignites all out of the Savannah area Anderson has been an eye-popping athletic talent for a couple of years now, he fits well into the Workers category because his effort-level is also noticeable despite freakish athletic gifts, he doesn’t do a ton of drifting out there waiting for the few opportunities to dazzle instead gutting it out like most of the Savannah kids do playing hard and competing often against more marquee programs, playing with D’Ante Bass at Forest got him some looks and now it’s his time to show off a very attractive shooting guard package. 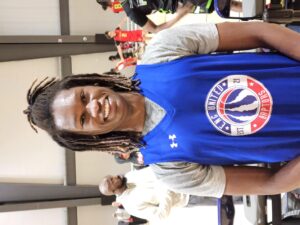 From first eyes on Heard 2 years ago to this past summer is what makes this job so much fun as he has come so far from a young man with obvious physical gifts to a legit college-level player with a multiple skillset that can be utilized at multiple levels, the Worker part is even more satisfying to tout as he has matured into a defensive stopper who can cover both the backcourt and frontcourt and an offensive spark who has expanded his game away from the basket with range and brings energy to the floor, tucked away in Rome is not a good excuse for not giving this Northwest GA potential steal a look.