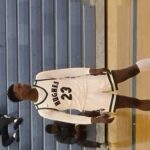 Very competitive region with Westlake and Tucker sitting above them right now and Morrow and Lovejoy clipping at their heels just below in the standings. McQueen has been an intriguing offensive addition to what is always among the Metro’s best defensive programs, so well-drilled are the Panthers under Coach Rory Welsh he’s fit with well with a group of veteran seniors who have been through the wars. He’s athletic both in the open floor and out of their sets with good size around 6-5 and combines with junior Jelani Thurman in a frontcourt to watch. 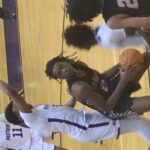 For a sophomore to be such a focal-point to the playoff success of a team that has been consistently strong all season so far is a testament to Lue’s impact now and for the future. When the offense rolls through him and he’s cooking they can be virtually unstoppable with the perimeter weapons available doing their thing as well. His work in close at his age is polished and refined, and add the strength of an older player and it’s easy to see why both his ascension and the kind of season the Cougars are having has been drawing well-deserved raves.

Fellow 2024 PG Jaylen Colon is a virtual no-brainer here as well, but Marshall’s sheer imposing body footprint is the difference-maker with a Kell team that surrounds him with versatile pieces. Somewhat like the Lue at Alexander, he can be a focal point and crush opponents both on the stat sheet and in morale with his thunderous work near the basket. But at 7-0 with a set of feet and hands that belie what you see at first glance, he can more subtly be a key contributor particularly on defense when the Longhorn veterans are doing their things from the outer levels. 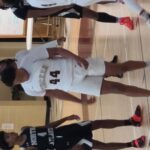 Highlighted as well in our most recent Sage Speaks, this is player set to make a serious indent on the scene in my eyes, be it as a critical part of any deep playoff run by Tucker this year or out on the grind this coming summer. A multitude of inside-out skills together with a great attitude and work ethic, if the name hasn’t been present on the lips of local hoop influencers it surely will very soon.

Pope has been really solid all year hanging tough in brutal Region 6, their key trio of experienced seniors have been steady and poised in leading the way, and while no one can replace Will Kolker, Kiumjian has been a pleasant surprise with less flash but still plenty of production across the scoresheet. A dangerous long-range shooter who can get you 3’s in bunches, he also takes good care of the ball and fits well into the Greyhound system and sets. In 4th-place right now, this Region tournament will be something to watch and the Hounds will have to maintain their solid level of play to ensure their spot in the 6A bracket. 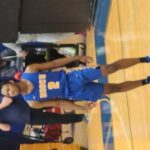 There’s a ton to like about where James’s game is headed, and right now for another Hooch team with designs on making playoff waves he adds a level of pure athleticism that is much needed. He can get hot from beyond the arc with a naturally pretty stroke and can give you great defensive versatility at 6-4, it’s his work in space and driving at the cup that can draw oohs and aahs. The Cougars are sitting 4th right now, and that would seem a good position, but they can’t afford a slip-up to one of the feisty and determined bunches below them in the standings.

Guards CJ Hyland and Tahai Morgan complete the highly skilled trio of Longhorn 2024’s to watch, and they too will have plenty to say about Lanier escaping this very deep Region. But with some of the frontcourts they’ll encounter in the Region tournament and potentially beyond (they sit 5th in the standings currently), Nathaniel’s burgeoning all-around game and ability to stay on the floor even more importantly will determine a lot. Love seeing his jump shot take the next step to go with his bullish nature in close and tremendous frame. A top frontcourt 2024 in the state by all measures. 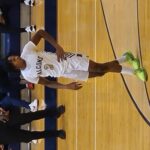 Forward Blake Wilson is a 2nd sophomore on this team that plays a key role for this always dangerous bunch. Alston has been impressive in the steps forward he’s taken this season playing with a bevy of experienced and highly regarded names. Gaining confidence in a more multi-level game beyond his deep shooting prowess, he gives this bunch a reliable scoring threat outside of the big stars and won’t be afraid to take the big shot in one of these sure-to-be-tight upcoming Region clashes.

While there are other pieces down in Sandy Springs to help make it a reality, it’ll be Bilal’s exceptional skillset as one of the top 2024’s in the state that will need to be the primary catalyst toward a surprise-run out of a very good Region 7. Multiple 30-pt plus games and at times a game that even as just a sophomore is a struggle to contain, means anything’s possible for the Raiders with the talented guard on the roster.