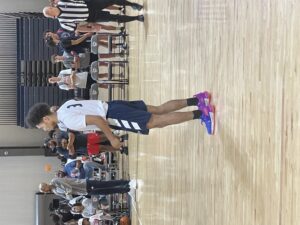 The 6′ point guard out of WD Mohammed, Bilal Abdur-Rahman, should be on every college coaches radar. Averaged 21.3 points across 4 games, including a game high 28 points in the Olive Bracket Championship game, proving he’s a player with a game that translates at the next level. Was easily one of the quickest point guards at Lake Point, Abdur-Rahman, also showed he won’t back away from contact or contested jumpers. Abdur-Rahman has a quick first step off the dribble that allows him to blow by defenders and showed he could get to the rim at will. Has multiple D2 and NAIA offers, but has picked up interest from D1 programs following a breakout weekend. 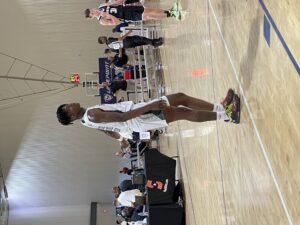 The 6’1″ guard out of Collins Hill, Keishawn Hampton, has had an impressive spring that continued this past weekend at the #GBCALive event. Hampton averaged 16.5 points, including a game high 23 points in a win over Druid Hills. Hampton has nice range and a smooth stroke and has been shooting it with high confidence. Hampton is also incredibly quick off the bounce and can knock down floats with great body control. Hampton, who is an incoming transfer from Meadowcreek, will be the main guy for a program with significant players including Jayden Williams, Kai McArthur, Armare Banks, and Ja’mari Mosley. 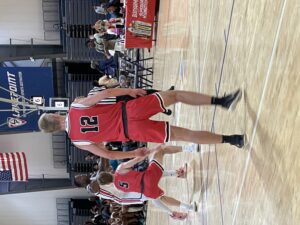 The 6’6″ small forward out of North Gwinnett, Blake Seitz, made a lot of noise this past weekend at the #GBCALive event. Seitz averaged 16.3 points a game, including two 20 point games. Seitz connected on 11 total 3’s this weekend, including 2 games where he hit 4 big 3-pointers in key match-ups against Grovetown and West Forsyth. Seitz is a nice stretch forward that can spread the offense but also moves well around the basket and finishes well through contact. Seitz is incredibly athletic and has shown he can get up for dunks in transition. Seitz will be the main player for North Gwinnett this year after losing key seniors, Thomas Allard and RJ Godfrey. 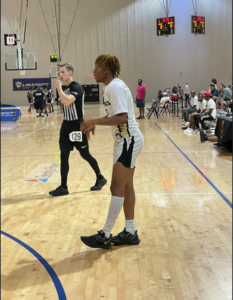 The 6′ point guard out of McDonough, Da’Avion Thomas, is playing with a ton of confidence after winning the 4A GHSA Player of the Year last year, averaging 17 points per game. Thomas did much of the same this past weekend, leading the McDonough team in scoring averaging 15.5 points per game. Thomas is a very strong two-way guard that does well scoring as well as making the right reads. With one of the best mid-range jumpers in the state, Thomas would be a steal for a college program. 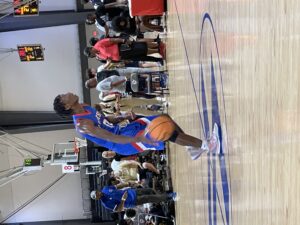 The 6’2″ guard out of Westside-Augusta, Jalexs Ewing, is one of the most athletic guards in his class. Coming off a 2A GHSA State Championship, Ewing is poised to help his team defend the title. Ewing averaged 11 points per game and showed he could knock down jumpers from outside. Ewing plays much bigger than advertised with an impressive vertical and can really get off the ground for rebounds. Does well getting to the basket and finishing through contact. Defensively, Ewing has a wide wing span and quickness that allows him to get constant steals and deflections. Solid all-around game with a high upside.