Here are some standouts from the 4 games:

More of the same for Wilson who has been steadily carving up the competition from day one in November, he posted 35 of their 69 points in the loss to Calhoun and even with regularly changing defenses and pressure there was little the Yellow Jackets could do to slow him down, as said in prior articles for an under-6 footer his ability to get the to the basket using blurring speed and then finish with such aplomb in traffic is one of the things that separate him, lay off him too much though and he will bury you from 3-pt land, has it all going right now in a really fun Horns backcourt with fellow juniors James Tyre and Keenan Gagen. 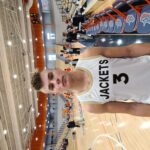 Recently back from the gridiron Law should no rustiness in leading his Jackets to the win over Lambert with 29 impressive points of his own, from a next-level perspective you have to love his inside-out prowess backed by a frame and athleticism that is clearly worthy of playing up to that next level, with no Dylan Faulkner in the lineup he may have had to do more but it didn’t show up as forcing the issue at all, he’s got a sweet stroke from distance and can really be a factor off the bounce and on the offensive glass, with that frame but not lacking at all in lateral quickness he can guard the backcourt and frontcourt for you.

The buzz you hear coming from just north of the 85/985 split is the chatter around the startlingly brilliant play of Greco, I saw him a few weeks back for the first time when they visited Parkview and he and several of his mates had just returned from football, even rusty and not having his hoop legs he still showed off impressive skills that night, now fully integrated he was spectacular against a really good Cherokee team that has been steamrolling most of their opponents, in an OT-thriller win he finished with 28 points in a head to head battle with Tayden Owens that has been one of the early-season highlights for me, physical and creative near the basket and deadly to 3 steps past the arc he had coaches and fans in the stands scratching their heads as how to slow him down as the Warriors switched off defenders and changed defenses to try and contain him, there’s intriguing depth in their backcourt with Jonathan Taylor, Josh Pittman and Stephen Jackson Jr there as well.

It took an effort like Greco’s to knock Owens off the mantle he’s been regularly occupying with his sterling play night in and night out, yet still the explosive junior put up 27 points in that terrific OT game and gave us all a show as the two knocked heads all night, where Greco is fast-emerging as a name to watch now Owens has been building a resume of performances from the summer of 2020 through last regular season through this past summer and into this month with the Warriors, his work on both his body and game have allowed him to do more on the offensive end both as an attacker and facilitator, the 3-pt shooting has risen to a firmly elite level percentage-wise to go with that tremendous burst up and down the floor which puts so much pressure on defenses, his work as a defender was always a strength but that too now has become next-level elite, together with Cam Pope and emerging sophomore Braylin Giddens the Warriors have potency coming at you off the wings and in space, I don’t like harping on “height” and because of that it’s becoming hard and frankly silly to try and find reasons why Owens won’t be a D1 guard in 2 years. 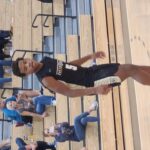 The Bears had a remarkable 11 guys score in their win over the hosts from East, White stood out for his inside-out production getting a pair of 3’s while also being a terror coming in off the relentless MVHS fast break, he was composed and efficient on the catch when things slowed in the halfcourt, this is a group that may not overwhelm you on paper with measurables but plays a style and has the pieces to make your life really difficult, there is a lot of youth for Coach BJ Roy to build with and White’s versatility is buoyed by the likes of fellow guards CJ Johnson, AJ Cheeks and Carter Watkins among others, frontcourt guys Richard Rojas (another impressive 2024) and Chance Boothe (listed as a guard but plays like a forward) may be slightly undersized but their activity and ability to get up at the rim negates any lack of measurables. 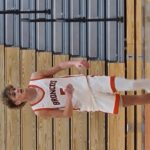 East was down a pair of starters and did not have their best stuff against Mountain View, but Rouse stood out for the feisty and fiery way he went about his business from the wing, no back down in his game and he showed off both some craftiness and wiggle in getting to the basket and scoring through contact, didn’t have his best shooting day against a flurry of Bears defenders but the tools are there and his comfort level from range is well known, at full strength this East east team has been solid with Bryce Bracco, Ryan Sander and more and Rouse appears the engine.

You could see and feel the emotion in this Storm group as they were playing their first game following the knee injury to senior guard Chance Thacker, still The Citadel-bound Carpio has never been one to bow his head at any adversity and continued showing us why he’s one of the great stories in the ATL-Metro for the way he’s built his game and body to the point where he’s taking it to a program like the Citadel, an ultimate worker on the glass and as a defender he has added so much on offense to make him tougher to guard both in face-up shooting range and downhill creativity.

It’s the hustle and effort that always brings eyes to Hilliman when he takes the floor for the Danes, surely his role would have been different had they all of their international transfers but he still goes out and fights on the boards, gets his finishes in close and defends opposing power forwards and centers of all shapes and sizes with both smarts and positioning.