As was the case at Hypesouth’s excellent event, there was some nice talent on hand, more proof that beyond the ATL-Metro lies a wealth of players to be found in this state.

Some names who couldn’t be missed: 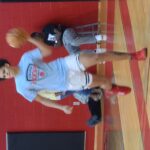 At it once again was Woodard who was the best player I saw at Hypesouth’s event and didn’t do anything to take away his distinction as one of South GA’s finest, has a college-ready release on the prettiest of jumpers and a body that is too ready for the daily grind of next-level hoops, smooth, and confident he should have a big season down at TCHS.

Has been locked in as one of the most under-recruited players in the state in my view and one shared by many, out in space he can get nearly whatever shot he wants with his combo of blow-by speed and explosive off the deck leaping ability, the range spans past the arc but he can dagger you in the mid-range, can guard 3 spots, capable of playing PG or the wing were there a list of recruiting steals in the state of GA Henderson ranks near the top. 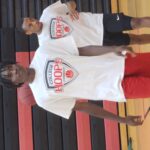 First with Tri-City Elite then with ATL Xpress McDaniels was hard to miss and he was equally difficult to take your eyes off at Lee County, so efficient and sleek around the basket he has a slithery way to get buckets and combines skill and smarts on the floor that make for all kinds of matchup problems, a wing and fast break terror as well he has a bright D1 future either as a big guard or a really versatile small forward. 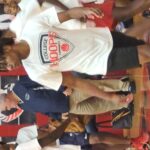 Perhaps the day’s biggest breakout for me as it was my first time seeing him and there wasn’t a ton not to like about the hometown product, superior athlete gets up above the rim with ease for a guy his size, showed off a nice shooting touch in drills but was an open floor fiend in live play and there was little answer when he either had a head of steam or had space to work on the attack, the athletic lateral movement means he can guard both backcourt slots, another steal.

With Frazier dazzled in the athleticism department as a day filled with high-flying jams from multiple sources Davis had a few of the best, runs the floor like a gazelle and is a rim-running dream, gobbles up rebounds and guards the rim like he’s 6-9, can really affect the game in the painted area on athletic ability alone, is the kind of moldable forward colleges love because the offensive potential is right there to be unleashed.

Came in with a rep as a knockdown shooter and got heated up after a slow start, the release is so sweet and his understanding of spotting up is innate, sneaky athletic as he used the bounce to create space and get all the way to the basket, around the cup he was a better than expected finisher and again used high IQ tech to find his way to scoring chances, sound defender and a good ballhandler as well.

Scrappy, sound and very effective as both a scorer and distributor, just did a lot of things well and made a lot of solid decisions and those things are easy to spot, shooting range that travels well and push-pace and defense that had more foot speed than most of the guys there were expecting, can be a small-college 4-year regular contributor across the stat sheet.