DENMARK, SC – For a 2nd year in a row I took a June jaunt out to support Voorhees College Head Coach Cabral Huff and his staff and check in on some players from both the Savannah and Augusta areas as well as South Carolina and Tennessee.

Standouts from the last 4 games of the day at Voorhees main gym: 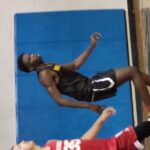 Rangy athlete with great spring off the deck and activity around the basket, cleaned the glass at both ends as was tough to deal with on the offensive putbacks and catching in close, caught the attention of the Voorhees staff as well.

Defensive-minded and relentless Groves team was impressive and Manning was one of the many engines for this deep group, regularly turned defense into offense like most of his other compadres with hands and disciplined pressure, played the floor leader role as well as working off the ball as the lineup possibilities for the Rebels were plentiful. 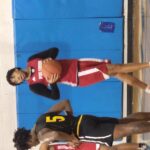 The Upward Stars SE member has excellent size and movement for the 1 spot as he handled really tough pressure by Groves and used offensive creativity to get at the basket, good-looking shot from 3-land when freed up, the solid measurables and natural ability slightly undermined by a spotty motor that needs to pick up but that is eminently fixable. 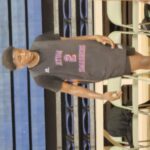 One of the days’ unquestioned star breakouts, was virtually unstoppable in 2 games I saw him as the impressive burst up the floor and by people was exceptional, has a good frame for contact to but that doesn’t limit the quickness, can get off the floor and handles the ball cleanly, picked up a Voorhees offer on the day (followed by one from Kennesaw St at GBCA Live this past weekend after another strong performance).

Speedy penetrator and good finisher around the basket, dribbled his way through pressure with some ease at times and found the open man on the break and in the halfcourt, stepped out to 3 a bit as well and got himself to the free throw line with a fearless style. 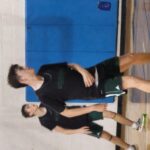 Put a 34-spot on the board towards the end of the day with yet another wow offensive performance, not sure how much more he has to do to establish himself more firmly on the GA-scene as a top guard in the 2024 class, the 3-point shooting is lethal to long distances and the off the bounce work and finishing in the open floor too has become a serious part of the arsenal, must-see stuff which earned a Voorhees offer. 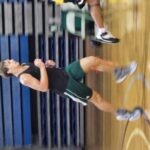 Made his living getting at the rim both off the break or in the halfcourt, good size and speed for that kind of action, had some of his thunder stolen by Parada’s gem but was equally noticeable for the effort-level and scoring variety, tendency to over-dribble some which led to some moments out of control but scored a Voorhees offer as well and more surely to come with 2 seasons to go.